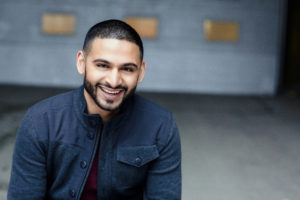 The conductor, who celebrates his 30th birthday next year, has been making waves for years abroad, as well as in his home and native land. Originally a graduate of the prestigious St. Michael’s Choir School, a semi-private Roman Catholic boys’ school in Toronto, de Souza studied organ performance at McGill University and was conducting (at Montreal’s Church of St. Andrew and St. Paul) when he was a teenager. Jordan has worked with the Canadian Opera Company, Opéra de Montréal, Houston Grand Opera, and the Accademia Filarmonica Romana, to name a few. He’s also worked with the National Ballet of Canada. As Conductor in Residence with Tapestry Opera (a Canadian company which specializes exclusively in new works), he’s worked on a number of contemporary projects, and was Music Director for the company’s critically-lauded opera adaptation of D.H. Lawrence’s short story Rocking Horse Winner last year. This past summer he made his debut at the prestigious Bregenz Festival in Austria, leading the Vienna Symphony (Wiener Symphoniker) in Bizet’s famous Carmen. 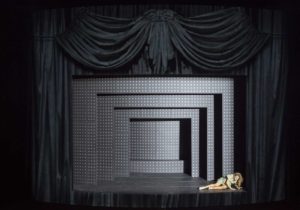 The start of the 2017-2018 season this past September saw him formally become Kapellmeister of the Komische Oper Berlin. Regular readers will know I am a big fan of the work of their work for many reasons, among them a fresh, lively approach to staging and a smart, creative approach to scores. Most recently KOB received raves for their presentation of Debussy’s Pelléas et Mélisande, which opened in mid-October, with Jordan ‘s conducting work receiving many plaudits; one review noted he let “the impressionism of the late-romantic score flourish.”(For my interview with the production’s Pelléas, go here.) Jordan is also conducting Petrushka / L’Enfant et les Sortilèges (Stravinsky and Ravel respectively) this season, which is a presentation done with visionary British company 1927 Productions (and one which I loved when I attended its opening in January) as well as Tchaikovsky’s Jewgeni Onegin, both running in repertory.

As you’ll hear, Jordan is an artist very much dedicated to not only his work, but to the art form as a whole, Whether it’s exploring aspects of Pelléas with Komische Oper Intendant (boss) Barry Kosky and various ensemble members, parsing the meaning of the word “Kapellmeister” for the average (non-classical) person, sharing observations on European and North American cultural climates, or musing why Berlin is, as he puts it, “an embarrassment of riches” – all these things point very clearly at a person who believes in music, at a deep level, and is excited by its possibilities, both inside and outside the theatre. 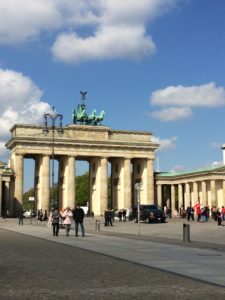 I spoke with Jordan during a recent trip Berlin, which occurred at the end of a challenging trip to Italy. We met in the canteen of the KOB, so you’ll hear the sounds of various KOB staff grabbing their pre-performance snacks and dinners in the background. There’s a sense of the normalcy of classical arts in Berlin which I so utterly love. Classical music in the city is not some weird thing utterly removed from quotidian experience; rather, it’s simply part of the fabric of every day life. Eat; drink; concert. Expect a piece soon about my Berlin sojourn, and the many cultural goodies within those six days; meeting Jordan de Souza was certainly one of them. I look forward to experiencing more of his live work soon.