John Price of Canadian publication Exclaim! Magazine and I discuss all things Donizetti, especially as related to L’elisir d’amore (The Elixir of Love); the Metropolitan Opera production was re-broadcast (in its Live in HD format, through Cineplex Events) to a VIP audience last week. Alas, the microphones stopped working early on, and I apologize to those opera-goers who couldn’t properly hear in the auditorium. Fingers crossed if and when there’s another event, the technology will cooperate! It was, nonetheless, a very fun event, and it was really lovely to meet and chat with audience members of all ages at intermission and after the screening. Mille grazie! Opera experts will kindly note I was speaking to a non- classical-loving audience. No, I didn’t mention the big aria in this work — everybody should like what they like without the pressure (and possible distraction) of “waiting” for The Big Song; yes, I mentioned the importance of supporting new and contemporary opera works alongside old chestnuts. (Related: I referenced the Staatsoper Berlin’s new season, which had just been announced, within this context.) No, I didn’t mention Rossini; yes, I mentioned Ligeti. (Why not?) No, I didn’t remember (oddly) that baritone Davide Luciano is Italian; yes, I’m still mortified.  No, I didn’t go with a form-fitting dress; yes, I made a grave fashion error (or perhaps several).

Many thanks to the Toronto friends and supporters who came out to this; your encouragement honestly means more than you know. Cheers to more of these types of events, and fingers crossed on being able to do them in a few different languages as well. Weiter…

Not Fighting But Living

This year has, as many may know, been a difficult one for me.

The death of my mother has been the worst thing, but there’s also been a mountain of health issues to deal with, a mountain that has taken the form of multiple surgeries and visits to doctor’s offices, to say nothing of personal dramas verging on the surreal. Capping all this off has been the news, just received today, that a spot I had partially biopsied last week has come back with a positive result. That is to say, the positive is a negative.

I recall feeling my heart sink as soon as I glimpsed the word “Melanoma??” scrawled on my doctor’s notes a few weeks ago. Me, cancer? I’d been through so much already this year. It seemed like a cruel test of endurance. Could it possibly be? I’d stupidly ignored an ugly, squished-mole-looking spot on the bottom of my foot for most of the year, tied up as I was with other pressing matters; it was only the urging of a dermatologist friend that pushed me to go get it seen to. I can’t say I’m not glad, but still, there is something to the ‘ignorance-is-bliss’ mindset.

So where to now? Only time will tell. A full excision of the area, a raft of tests… and probably more tests, and perhaps even a cocktail of medications and other treatment options. Another surgery that will result in some mobility issues. I’m bound and determined to keep active in my arts reporting, however; add to this a list of cool things for 2016 (including another stint teaching a college course, possibly starting an arts and culture podcast, and an evening hosting an interview with opera singer Christine Goerke) and that means, even if (when) my ability to get around is affected, I still plan on going forwards, as much as I am able to. I have passions and talents and I love exercising them both.

That doesn’t mean I’m “fighting.” As in the summer, when my mother was fading, a strong desire for normalcy and habit has entrenched itself. Doing things I enjoy, that are meaningful to me, that I know I am good at, things that feel familiar — carrying these tasks out feels vital in order to sustain my sense of well-being. It’s been interesting to note how, in announcing my diagnosis on Facebook, so many have responded by writing “you got this,” and “fight on,” and the like. I know they mean well, and I know it’s a testament to the qualities they feel I possess. But honestly, cancer will, as I have learned, do whatever it damn well pleases. Medicine and science are only so effective (though that’s apparently quite a lot for melanoma). I’ve seen cancer’s hideous reality firsthand; I saw the strongest person I’ve ever known give her all — it didn’t matter. With cancer, it’s not a question of a person “fighting it” — not really; as I once read (and it may’ve been Susan Sontag who wrote it), if that person dies, does that mean they didn’t “fight” hard enough? Is it their fault? Should we blame them? is it my mother’s fault she died — she didn’t “fight” hard enough? I feel like the language of support, especially around this disease, needs to change, and quickly. 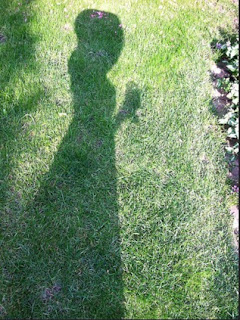 Cancer is not a choice. How one reacts to it is, sure, but pastel -parka’d Pollyannas throwing rainbows and sunshine on what is clearly a dire thing is truly wretched; no amount of sparkly, colorful streamers on poo will make you think that mess on the road is anything other than what it is. And so, there are days when I will be (/have been) terrified, and times when I’m not; times of great sadness and self-pity, times of immense victory and top-of-world-ness. These emotions come and go like waves. I don’t think floating through them means I’m “fighting” so much as it means I’m a human being swimming through a really crappy experience. I never expected to be facing cancer. And I never thought of myself as any kind of a fighter (or even — and this may shock some – a lover), so much as a truth-teller; you can put that down to my astrological sign if you wish (some think it’s fun) or the fact that, as Frederick Raphael wrote in his wonderful biography of Lord Byron, the only child of a lonely single mother is rarely told to hold his (/her) tongue. Maybe it’s that I’m a journalist too, and I like thinking in big-picture terms.

There is a sense of “why-me”ness, yes, mixed with feelings of resignation, disgust, and finally, acceptance. I am blunt, sometimes to the point of inadvertent wounding, so I say this to those who think I’ve “got this”: I don’t. And I’m terrified. Normal life goes on — the writing, the reporting, the talking, the teaching. Dealing with the terror is my new normal.

Long ago and far away . . #quack #questions #quar

"an agony of sensual chisels i perform squirms of

"sweet spring is your time is my time is our time

"Faced with a muslin fortress, where are you now,

"By grace our emptiness is fulfilled, our weakness