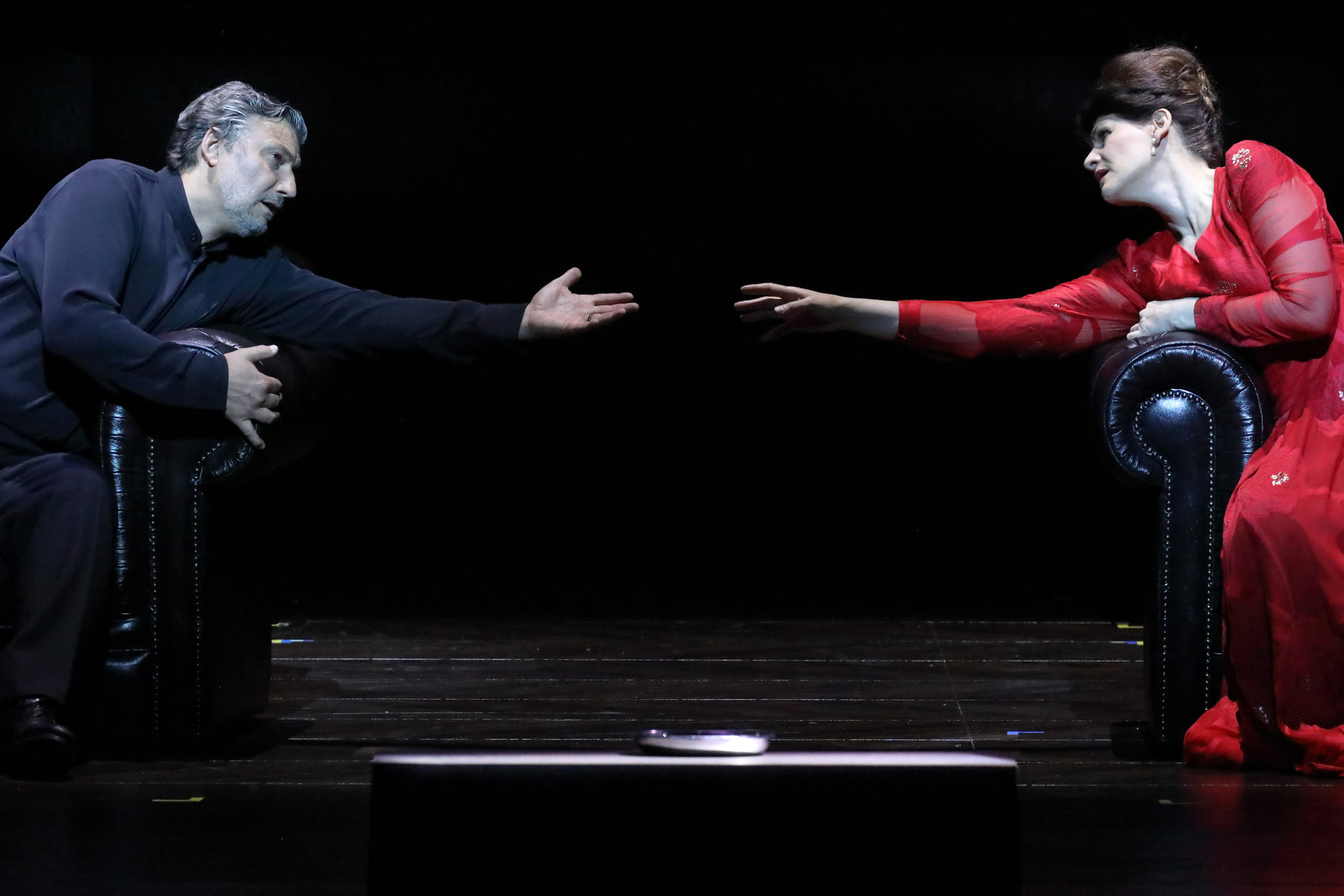 One of the most painful aspects of the current era has been the observance and experience of chasms. Opera, as an art form, mixed with the reality of pandemic may find fascinating intersections within the virtual sphere, but that meeting does not translate very effectively, at least so far, within tangible form. Cost, travel restrictions, vaccination passports, and Brexit challenges aside, many more barriers exist which ask for careful consideration. The opera road has many divergent avenues which are all largely based around locale; views and vistas along respective routes, to say nothing of who travels them, vary widely. Big trucks, small bikes, winding paths, superhighways; “how far to the next pit stop?” and are-we-there-yet-isms; lamps, darkness, diners, picnics; baggage, necessities, extras; time, route, and of course, purpose, are all paramount, but none trumps locale, of calculating just how one actually gets from Point A to Point B, and just who’s going to pay for that particular ride.

Such matters came to mind during Bayerische Staatsoper’s final presentation of the company’s 2020-2021 season, a performance / livestream of Tristan und Isolde featuring tenor Jonas Kaufmann and soprano Anja Harteros in the title roles and outgoing Music Director Kirill Petrenko on the podium, with a moody production by Krzysztof Warlikowski. During the second intermission, German media personality Thomas Gottschalk, acting as event host, spoke with American baritone Sean Michael Plumb (who was singing the role of Melor) about the differences between North American and European systems, highlighting obvious financial realities and the ways in which certain perceptions relate to not only aesthetic expectations but to overall presentation, as well as to the early and regular exposure to classical music. I confess to being struck by this exchange, especially the questions – ones that are rarely if ever asked in interviews, let alone at the intermission of a major production at one of the world’s foremost houses; they’re the sorts of things I tend to discuss privately with friends, not openly in a broadcast, for thousands to hear and ponder. Yet such an exchange is worth publicly contemplating in an era when some North American opera/classical devotees may well be looking across the sea green with envy (or blue with sadness), highly aware that homegrown and European models are simply not comparable. Artists and administrators who have traveled from Europe to North America, whether on a contract or in lengthier capacities, are struck by such sharp contrast, within the realms of style and approach as much as the realities of funding on one side and audience expectations at the other. There are a lot of those expectations to fulfill, many more demands to be met at every turn, and sitting at the obvious core of it all, of course, is money. In many senses it is miraculous that wheels turn at all in North America, given the delicate state of funding, the realities of union negotiations, a near total lack of media exposure, and widespread public indifference to an art form so heavily laden (if not outright presented) with hideous clichés, literal as much as figurative.

And while there’s plenty of talk about the funding side (not wrongly), the other aspect which must be considered is education, perhaps now, more than ever. Generations of brutal government cuts in Canada and the United States, to education as well as to public broadcasting services, have cultivated an environment whereby experience, understanding, and appreciation of the arts has been perniciously removed from numerous non-arts contexts to which is dependent; history, social issues, politics, and other art forms (literature, painting, dance) are now largely disconnected from any form of live performance art and/or presentation. The teaching of history, in all of its diverse and frequently ugly aspects, has been divorced from that of cultural expression (and direct experience) by generations of teachers who may well not know or understand the role of culture themselves, and who, not unlike opera companies, are working in relation to the decisions of their own boards and committees, and the related budgets as set forth by each according to respective government bodies. Teaching journalism at post-secondary institutions myself, I wrestle with how to infuse my media teachings with music; students tend to get fired up through sounds, not words, because sound, in most spheres, has a resonance words do not (cannot) wholly possess. Sometimes  international examples (written + audio/audio-visual) are given within the contexts of lectures and homework; study this, listen to that; watch this, what did you get out of that, and how can you apply it to your work? The results are usually insightful, enlightening, expansive, lending themselves to new questions – and that’s precisely the intention.

Encouraging such enthusiasm is central to education, particularly for endeavors attempting to integrate the world of culture within an environment that would seem to spurn and diminish such efforts. Stefan Zweig writes in his momentous memoir The World Of Yesterday (Die Welt von Gestern: Erinnerungen eines Europäers, 1942) that “enthusiasm is infectious among young people. It passes from one to another in a school class like measles or scarlet fever, and by trying to outdo one another as fast as possible novices, in their childish vanity and ambition, will spur one another on.” Infection does not live long in a state of lockdown, as many of this era certainly know; enforced isolation, within education as much as artistic realms, is its own form of hell. Teaching online this past year was harsh for all involved; the “enthusiasm” of which Zweig writes was in little supply, yet I found its expression in some unexpected if delightful places. At the end of various classes, there would almost always be some students who would want to chat – about the lesson and the issues we raised, about things they’d seen/read/heard which were somehow related, about the various music things I’d brought in as illustrations of this or that concept. Very often there were further questions, about how I became interested in opera, who introduced me, what I specifically liked. Such curiosity and enthusiasm would later be glimpsed (explored, realized, manifest, however tentatively) via formal submissions, whether written or via audio or visual means. How different these exchanges might’ve been within a live context is difficult to say; would students have possessed as much boldness? Did the perceived safety of a monitor – distant, faceless if they so chose (most did), vocally disembodied –  make the asking of such questions, about a world so foreign (and perhaps daunting) to them, less awkward? I find the medium of a monitor energetically deadening, that it robs me of the vibrations and resonances which accompany the experience of the live, whether in the house or the classroom; one senses the receptors inherent within learning and response, which allow one to fully listen and fully feel, are simply not there. I never felt entirely as present I should’ve been for my students from behind the screen, and yet there was something about the experience that encouraged curiosity. Hurrah!

Just how much this curiosity may or may not be expressed in the autumn is questionable. As of now, classes and labs are to be held in-person partially, with a 50% in-room capacity. It will be another chasm to cross, creatively, enthusiastically, with much courage, curiosity, commitment. I am not quite sure what I’ll be using, music-wise, as part of my instruction, but by December, I imagine we will all be thirsting to attend some form of live music event, perhaps genres not yet anticipated. Until then, I’ll be cocking an eyebrow at the various education departments of opera companies, hoping they encourage the experience and exercise nuance, rumination, and curiosity; though not formally part of the STEM system, they are vital to helping close the chasm to which Gottschalk and Plumb’s exchange alluded. It isn’t about budgets now; it’s about brains. Bitte, let’s use them, in all their various capacities, through all the various trips.