It’s hard to leave one’s mental baggage aside when approaching things we feel strongly about. One brings a grab bag full of expectations, consciously or not, which frequently weigh down perceptions and any new experiences. When it comes to beloved works of art, one either approaches with an expectation of ecstasy or a suitcase of cynicism; rarely are there any in-betweens these days, let alone room for nuance, contemplation, or surprise.

As Kirill Petrenko so amply demonstrated in the season opener with the Berlin Philharmonic this past Friday night, it’s precisely these things — nuance, contemplation, surprise — that make the experience of live music so enriching. The current Generalmusikdirektor of the Bayerische Staatsoper and chief conductor designate of the Berlin Philharmonic (he formally starts next fall) is renowned for his gifts in fusing the elegant and the inexplicable, the artful and the soulful, the epic and the intimate. I used the word “orgasmic” on social media in a rather futile (in retrospect) attempt to capture the heart-pounding excitement of the 2018-2019 season opening performance, but really, that word in all its modern, explosive connotations, does not remotely capture its magic. What made this performance so very special was that Petrenko took essentially well-known repertoire and didn’t churn it out for easy effect, but plumbed several layers of sonic depth out of a deep and very clear love of the scores, the music, and the art form; he took the audience to new shores with a gentle confidence, using his passion as a passage through which we eagerly followed. 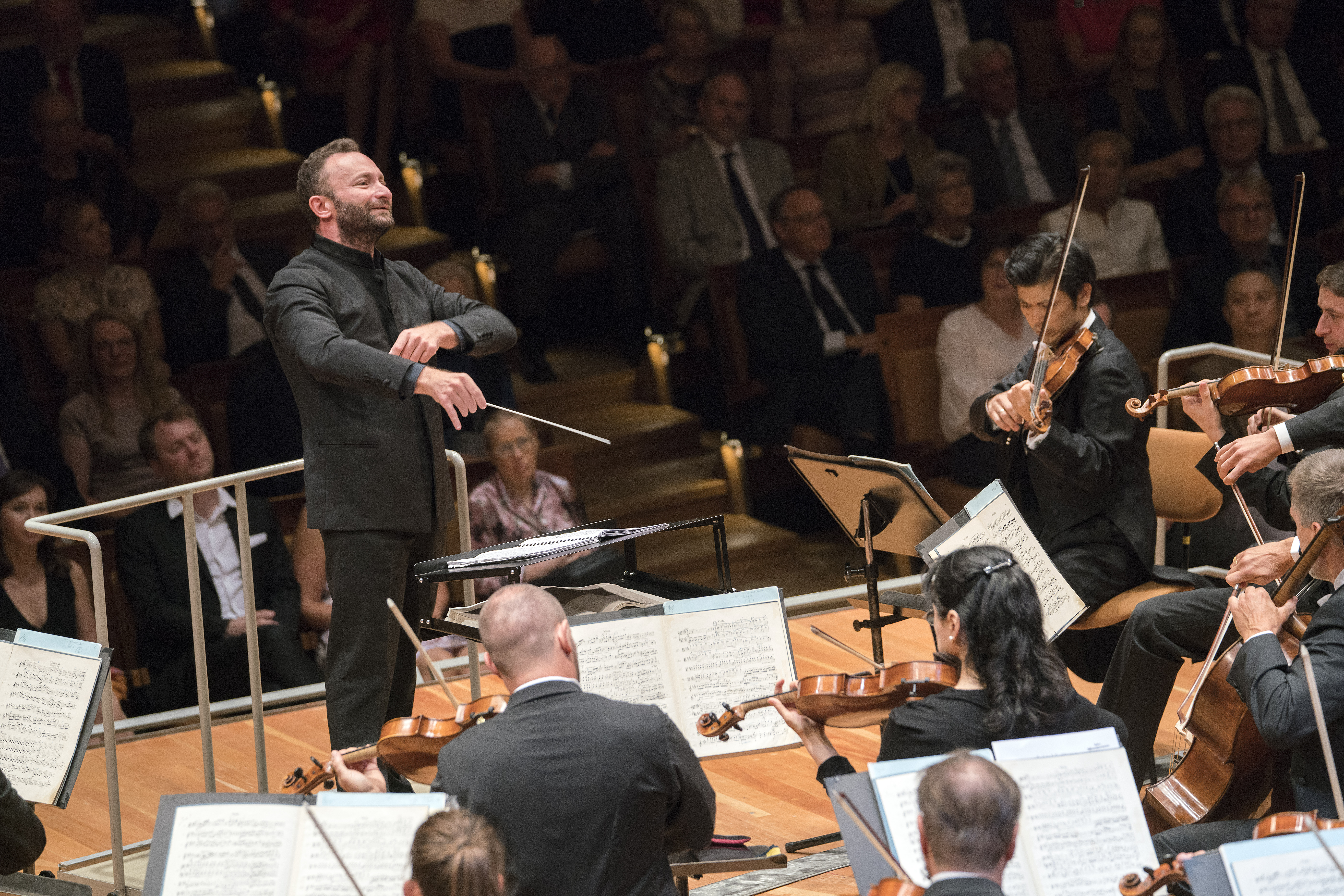 Opening with Strauss’s 1888 tone poem Don Juan, which paints episodes from the exploits of the legendary figure (based on work by poet Nikolaus Lenau), Petrenko carefully highlighted shimmering strings and bold brass section, counterbalanced by delightfully pensive winds. Albrecht Mayer’s poetically plaintive oboe work, his looping sonic interplay with Stefan Dohr’s lyrical horn and the rounded tones of Wenzel Fuchs’ clarinet were all kept in tight balance by Petrenko’s watchful baton. To use an apt phrase penned by Guardian critic Martin Kettle (writing about Petrenko leading the Bavarian State Orchestra in Mahler’s Sixth this this past June), the sound “was never permitted to meander into reverie” — which might bump up against a few expectations sonically, but earned a greater emotional payoff by the piece’s end, one less steeped in sentimentality and closer to quiet grace.

That grace continued in a lovely, thoughtful performance of Strauss’s Tod und Verklärung (Death and Transfiguration), a tone poem completed in 1889. Petrenko kept a strident tempo, providing a sonically fascinating sense of momentum; this wasn’t a race to death so much as an inevitable countdown stripped bare, once again, of sentimentality, but with a rich and textured spirit. Concertmaster Daishin Kashimoto displayed a lovely virtuosic tone in his solos, as did flautist Emmanuel Pahud in the piece’s first section, with Petrenko never resting too long in pensive solemnity; he cleverly accentuated a palpable partnership of basses, percussion, and brass to underscore the passing of one phase of mortality to the next. The result was not a clanging, cliche-ridden sound implying transcendence at the close, but rather, a question, a contemplation, a deep joy. 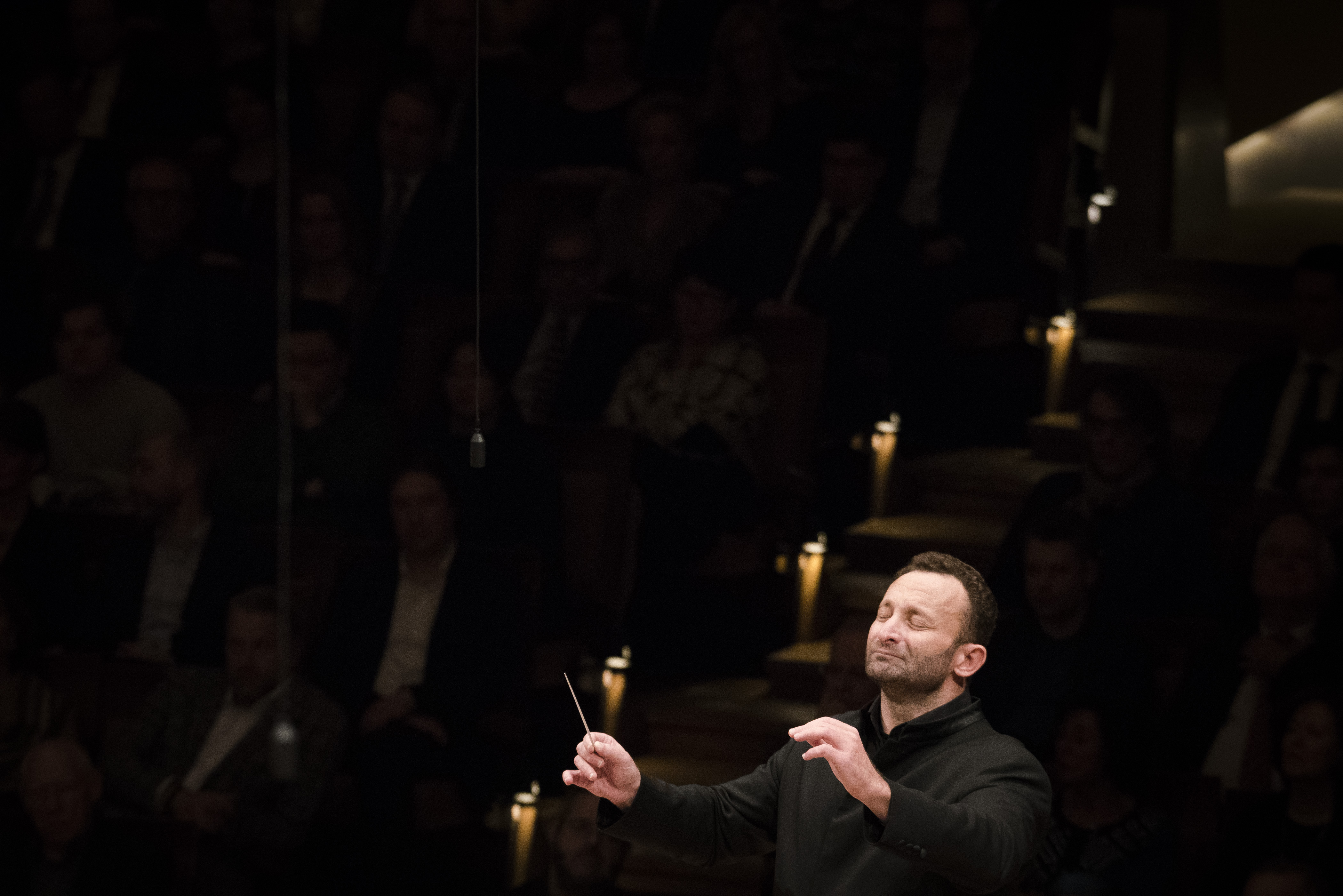 This joy was brought to the fore in the concert’s second half, which featured Beethoven’s famous Seventh Symphony. Ladden as it is with so many sonic expectations (everyone seems to have a favorite bit and thinks they know the best version), Petrenko threw the roadmaps away and blazed his own trail — not with a storm of fortissimos or percussive overuse, but with smart phrasing and energetic interplay between sections. It made for a meaty, mighty listen that allowed one to experience the work anew. Momentum in the first movement (Poco Sostenuto) was created via lilting tempos and carefully modulated exchanges between strings and woodwinds; this led, with stunning elegance, to a gorgeous rendering of the movement’s theme, first performed by Pahud, and then echoed with boisterous intention by the orchestra. The work’s ties to military history were made unmissable (Beethoven conducted the 1813 premiere himself as part of a charity concert for soldiers wounded in the Battle of Hanau), with Petrenko leading the charge with brisk tempos and evocative sounds that called to mind the clomp of horse hoofs and the dizzying speed of a charge. A watchful percussion section, working in tandem with basses, produced a lusciously fulsome sound that  avoided loud-Ludwig/big-boom-Beethoven cliches. Such an elegant approach went entirely against whatever sonic expectations one might bring — Petrenko seemed determined to embrace the score’s inherent lyricism while offering a fascinating, tapestry-like array of colors and textures.

The famous second movement (Allegretto) saw more than a few swaying heads in the formally-attired opening night crowd; as with the Strauss, the movement was firmly not played for sentimental effect, and was taken at a refreshingly (if not overfast) brisk pace. Petrenko cultivated efficient momentum through strings, swelling horns and percussion, yet never once wallowed in a too-rich sound, keeping very tight modulation on pacing, volume, and texture. He displayed a great balance of drama, lyricism, intellectualism, and contemplation, attending to each with care while never abandoning the other in the slightest. And so we heard the call response moments between brass and strings in a lively sort of pas-de-deux that brought to mind similar structures in the program’s first half, and indeed, in the musical lines from a production of Parsifal Petrenko conducted earlier this year in Munich. The Berlin Philharmonic’s season opener on Friday evening was indeed full of opera, though not one word was sung. The intensity of the performance was counterbalanced by a thoughtfulness that never veered into didactic intellectualizing but rather, used joy as a guiding principle. Each section within the orchestra became a kind of new and different voice, nay, each individual musician had their voice carried, shaped, blended, formed and reformed again, within distinct voices forming a perfect whole. No over-intellectualized approach fraught with ideological or historical baggage, but a concert filled with light, warmth, and life. Any and all expectations were thrown out the window, and it was magical. The Berlin Philharmonic are currently on tour with this program, along with soloist Yuja Wang. Catch them if you can.