Gautier Capuçon: “When You’re Onstage, It’s As If You Are Naked.”

What to do when you’re ready to speak with one of the world’s foremost cellists, and you have the world’s wonkiest phone/internet connection?

This was the conundrum I faced recently in London, when preparing to speak with Gautier Capuçon. All had been fine in my apartment up to the very minute, and then… le chaos a éclaté. Thanks to some last-minute manoeuvring and buckets of wonderful flexibility and good humor from Monsieur, we were finally able to connect. It was a pointed, passionate conversation, a bright and vivid exchange reflecting Capuçon’s extreme passion for his art — and if that sounds cliched, it’s one of those rare moments when the cliche is, in fact, true.

Described as “a true 21st century ambassador for the cello,” Capuçon, who began playing cello at the age of four, got his start in his hometown, where he was a student at the École Nationale de Musique de Chambéry. After graduating with first prizes in cello and in piano, he went on to study in Paris, and then Vienna, and before long, was a member of both the Gustav Mahler Jugendorchester (Gustav Mahler Youth Orchestra) and the European Community Youth Orchestra (now called the European Union Youth Orchestra), where he was led by a variety of illustrious conductors including Claudio Abbado and Pierre Boulez.

Along with a raft of prestigious awards and prizes, and a hefty discography (comprised of both orchestral and chamber works), he’s worked with an array of celebrated orchestras (including the Berlin Philharmonic, the London Symphony, Staatskapelle Dresden, the Royal Concertgebouw, the New York Philharmonic, and the Orchester National de France) and conductors (including Yannick Nézet-Séguin, Gustavo Dudamel, Christoph Eschenbach, Paavo Järvi) and collaborators, including, at points, brother Renaud, a celebrated violinist in his own right. The pair have performed together on various occasions, including Bastille Day celebrations at the Eiffel Tower.

The cellist’s latest album, Intuition (Warner Classics), was released in early February and features short pieces by Fauré, Elgar, Massenet, Dvořák, Tchaikovsky, Saint-Saëns, Rachmaninoff, Elgar, and Astor Piazzolla, as well as work by Italian cellist Giovanni Sollima and pianist Jérôme Ducros, who performs on the album. Harrowing tale on photographing the cover art aside, the album is a deeply emotional journey through both familiar and unfamiliar terrains — you may recognize some of the pieces (the meditation from Massenet’s Thais, or Saint-Saëns’ “Le cygne” — “The Swan” — from his Le Carnaval des animeaux) , but at times you’re not quite sure what to feel experiencing them bunged beside other works, let alone how to perceive their varying subtexts when performed with such gripping (and largely unrelenting) drama and intensity.

It’s a triumph for Capuçon on artistic, and I suspect, personal levels. This album is a deeply telling expression of an artist consistently in touch with both the earthy and the ethereal, in equal measure, and sees no tension between either. A relentless touring musician with a roster of high-profile appearances to his name, he recently performed with celebrated Russian pianist Daniil Trifonov at Carnegie Hall earlier this week, and tomorrow night (28 April) performs with French pianist Jérôme Ducros at Koerner Hall in Toronto, in a program featuring the works of Massenet, Tchaikovsky, Brahms, Rachmaninoff, and others. From there, it’s off to California, before jumping between appearances in Europe and North America — and that’s just in May.

In our chat here, he offers insights on the deeply synergistic relationship between soloist and audience, the importance of balancing technique and passion, and why intuition told him now was the right time for an album of dense, rewarding works. 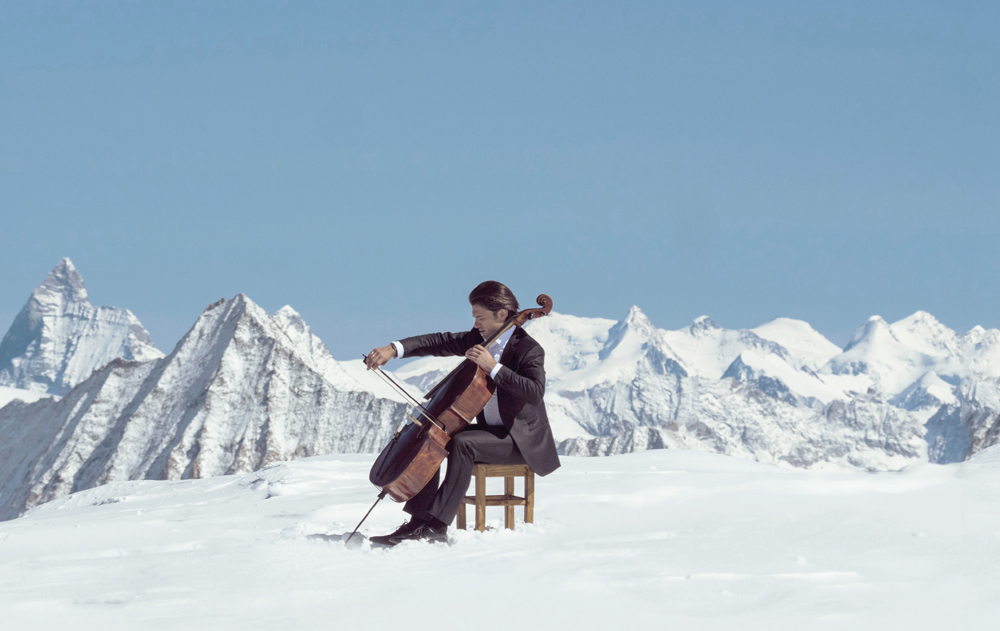 Where did the title for the album originate?

There are many different reasons, the first one is that intuition is something we all have, we are born with it. When you see kids — even without before knowing how to talk, they already feel everything. Of course you lose this intuition; we have an extraordinary brain and we use it to explain everything, and sometimes to connect more or less to our first experiences. Then of course, we all are lucky to say maybe we get closer to intuition again — you can call it that, or inspiration, or many different things, but basically it’s what we have inside ourselves, and for me, the way I express music on the cello. I wanted to call it “intuition” because all the (musical) choices around this album were so intuitive;  every new project should come from something you believe in, from your feeling it’s the right time to do it. I wanted to do an album of short pieces quite a few times but wanted to wait for the right moment — and this is the right moment. It’s almost like, how do you call it, a picture album?

It definitely creates a lot of mental images, especially because your style of playing is strongly romantic. How much do you think soloists’ personalities should be infused in the work they perform? And how much work does it takes to shape and mould that passion accordingly? It can’t be all passion, or all technique, or all intuition.

That’s the big difficulty. I’m fighting with myself a lot because I am so much a perfectionist — I’m always questioning myself, knowing I can always do better or at least always go further, always searching more, never satisfied in a way, so that’s why i keep being curious — but even though I’m a perfectionist, I know that quality in music doesn’t exist, because there is no one way to play something. It’s not only about technique. Technical things are there to serve the music, so you have to find the mixture, the good balance between extreme precision of course, and … leaving a huge space for that intuition, that inspiration, and that creativity. You really have to let go in another way. You have to find the right balance. And that is what is not easy to achieve.

It’s the work of a lifetime.

Absolutely, and I am trying to get closer to it, but there is no school for it — the only school is being onstage. Some days you realize maybe you’re too focused on the technical aspect, and maybe too emotional other days because you’ve experienced something personal, and this is what makes music so fascinating. Every concert is different, every situation is different, even though you’re playing the same piece. The connection with the audience is so special too — sometimes they don’t realize how much so. When you experience a concert, it’s really a team: you have the crew, the acoustics people, musicians, and of course the audience. The big thing is making this musical journey together.

In that musical journey you’ve said that this album reflects the story of your life and stages of emotional development — how personal do you think art has to be to be meaningful? And how does that art change within the context of audience engagement and personal experience?

I think it’s always the same thing: when you’re onstage, it’s as if you are naked. It’s the same for any artist. Onstage, the audience sees you exactly as you are; you can’t lie. Of course there’s music written by Brahms or Mozart or these other big geniuses, but we show our soul and our passion, and that’s what is magical: seeing how far can you go… that’s always the question. You have to respect the composer, and respect, of course, your own way of seeing or reading the story of the composer. It’s like reading a book to kids; the words are the author’s, but the sound is the expressions in your own voice. The sound is the DNA of an artist; it is the first thing you will hear, a perfect thing, and the most important. When you’re live, you give yourself — it’s your passion, and maybe what you also receive from the audience. In certain halls the sound is going right through, but sometimes, with the design of some acoustics it happens as an artist when you don’t feel that energy coming back from the audience. It hits you hard.

You’re touring many of the works on Intuition, including works by Brahms, Tchaikovsky, and Rachmaninoff, among others  — some of those works are heavy, soul-baring pieces. What’s it like to tour this kind of material?

It’s exactly the same as what we were saying earlier: it’s all about balance. How much do you allow yourself to be really taken by the music? If you have one or two magical moments in concert, it’s a great concert. It’s that moment when you lose it. How far can you go? Can you allow yourself to be carried away and get tears in your eyes if something magical happens? Yes, it happens to me, but it doesn’t mean it will happen to you in the hall. There is no way to explain it. I love the moment where I’m really taken by the music, when there’s energy onstage and also a connection with the audience, when you have the feeling you’re really together. That’s really magical. It’s why I make music; I want to share that, experience that… it’s such a miracle! Even if you experience it just once in a concert, it is extraordinary.

Vladimir Jurowski: “I Can Surprise People And Also Be Surprised Myself”