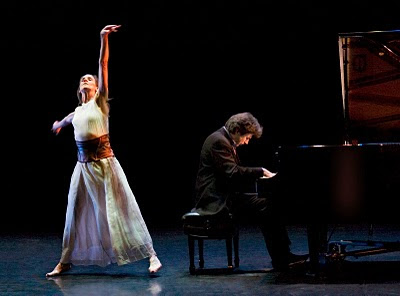 Toronto’s amazing, inspiring Art Of Time Ensemble has been presenting its unique vision of music, dance, theatre, and literature now for twelve years. They’ve featured the works of Schumann, Beethoven, Prokofiev, Gavin Bryars, Erich Korngold, and many, many others in concerts that combine music, art, theatre, and dance, to create a hybrid form unto itself. What’s more, the Ensemble has involved some of Canada’s biggest names from the arts world to accomplish their task of shedding light on old and new masters alike.

Their incredible rendering of Tolstoy’s Kreutzer Sonata (which I wrote about back in March) was so popular, it was presented as part of this year’s Summerworks Theatre Festival, and is on track to be part of Soulpepper Theatre Company’s season in 2011. The Art Of Time toured with former Barenaked Ladies frontman Steven Page plus songstress Sarah Slean; award-winning author Michael Ondaatje is among their most devoted followers and has, on occasion, participated in concerts doing readings. He says of them:

Art of Time leaps over the usual barriers of culture. So Schumann and Tolstoy can rub shoulders with Ginsberg and our best contemporary musicians. The result is entertainment that is often thrilling, often full of insights—as in the old values of art that delight and instruct.

I’ve spent many happy evenings at their shows, scratching head, cradling heart, listening; the phrase “human being” never seemed more real and alive than at an Art Of Time show. 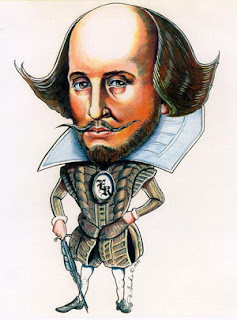 Their next work, coming up this week, is called If Music Be… -a tribute of sorts to William Shakespeare, featuring, among many others, the poetic footwork of Peggy Baker and the acting talents of Stratford Festival veteran Lucy Peacock, plus, as ever, the expert musical accompaniment of the Ensemble themselves. The last If Music Be… was presented in Toronto in March 2008.

I had the opportunity to exchange ideas around Shakespeare and the blend of Bard and Ensemble with two key figures for the evening: Andrew Burashko, who is the group’s Artistic Director, and actor/director/dramaturge David Ferry, who directs If Music Be…, which runs at Toronto’s Enwave Theatre December 9th through 11th.

I’ve always been in awe of Shakespeare’s limitless play and poetry. To me he represents the most dazzling example of virtuosity. Also, he has influenced so many artists and inspired so much diverse art – high and low – music, theater, literature, dance. In that sense, he is the perfect subject for Art of Time – a subject that connects so many of the artistic disciplines.

Well as many of the authors quoted in this piece say, (Shakespeare) invented us in so many ways; he created arguably our sense of the human being. 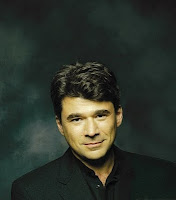 How difficult was the process of choosing accompanying music?

How would you describe the connection between Shakespeare and music?

I guess the most obvious would be the music and richness in his language, but even more than that, his ability to express the ineffable – to tug at the heart strings by transcending the limitations of words.

You have an eclectic mix of artists taking part; how much did their talents shape the program?

Everything begins and ends with the content – the material. I chose the artists I thought could best deliver the material. I thought of Peggy (Baker)’s piece before I thought of Peggy. In fact, I was surprised that she wanted to dance it herself. She’s been slowing down – cutting the more physically demanding pieces from her repertoire as a dancer. I wasn’t expecting her to be up for it.

Peggy is a long-time collaborator with Andrew, as is James Kudelka. My suggestions were (actors) Tim (Campbell), Marc (Bendavid), Cara (Ricketts). Ted (Dykstra) and Lucy (Peacock) have done the material before. 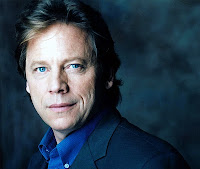 How does this version of If Music Be… differ from the one you directed a few years ago?

The core material is the same, with some modifications and the structuring of the material. Also, this time actors will not read but have material memorized, (which allows for) different staging. (There are) some music changes as well, (like the) addition of the Wainright pieces and Dykstra song. The relationships with the actors are deeper, as relationships are wont to grow with time.

David is someone I like and respect. Also, he really gets what Art of Time is about. I compiled all the material and asked him to come in and put everything together in terms of staging and flow. He’s not messing with the content at all, and I’m staying out of his way in determining the show’s overall look and feel. I would love for all these disparate elements to come together to form a whole – that’s his job. 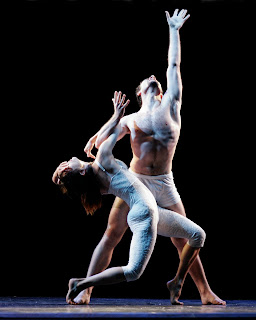 For people more familiar with Shakepeare done at places like the Stratford Festival, what does If Music Be… offer?

This show is just as much about the work Shakespeare inspired as it is about his own work. In that sense, the audience will exposed to a lot more than Shakespeare. It’s a look at his work and what it led to down the years.

I like to think of the evening as high-class Ed Sullivan: a great variety of fine artists that make for a stimulating, thought-provoking, accessible and entertaining night at the theatre.