2010 began with the death of an artist I admired; so it also ends.

I interviewed both Lhasa and David French, though Lhasa was a phone interview, rendering any sense of the intimacy that comes with eye-to-eye-contact impossible. We chatted about favorite singers, concerts, technology, and those lovely “a-ha!” artistic moments, and it felt like a yack with a longtime gal pal. Interviewing Mr. French was a different experience altogether -more formal, less loose, a bit more scary, but no less intriguing, inspiring, and ultimately rewarding. 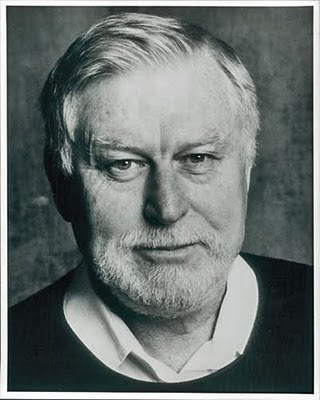 One of Canada’s most beloved playwrights, David French was probably best-known for works that feature the faulty, feuding, brooding, bruised and confused Mercer family. Leaving Home, Saltwater Moon, and Leaving Home are works I return to again and again through the years, finding more and more to draw inspiration from, as well as more compassion, more humour, and more humanity. Yet it isn’t familiarity so much as the raw emotional honesty of his characters that draws me back. These are characters who don’t merely propel plot points -they live, breathe, sweat, swear, fight, and bleed, frequently making even the best British kitchen-sink drama seem maudlin. Anger isn’t the driving force behind French’s characters; love is. That love is palpable in the back row as much as the front; it’s present just as much on the page as on a stage. You don’t have to know a lot about theatre, much less even like it, to feel that overpowering sense of love that infuses the work of David French. Maybe that’s what made him not only an accomplished playwright in his own regard but a sought-after translator of works like The Seagull and Three Sisters (classics that, like his own contemporary counterparts, revolve around families and a powerful love) and a popular mentor and teacher to many aspiring writers.

His reputation as an incredible, incredibly accomplished writer was an interesting companion to the smiling, quiet figure I ran into at various theatre openings, most notably at Toronto company Soulpepper, who produced his beautiful, heart-rending works many times in the past decade. It was they who arranged our interview one rainy spring day in 2009, when Of The Fields Lately was set to open.

“Damn rain,” he grumbled, before meeting my smiling gaze and taking my outstretched hand.

We chatted a bit as my crew got mics and lights ready. David seemed a wee bit overwhelmed by the technology, and in truth, I felt bad at his coming through the rain and patiently enduring a last-minute microphone change-up. When the interview began, I was understandably nervous, and I think he was, too. We played off each others’ nerves, as I gently opened the interview, asking a few basic questions around the play. I remember being wildly worried I was making a horrible impression on this Canadian genius playwright. But the minute he smiled at me, a warm, deep smile that lit up his eyes, I relaxed.

Still, like the good writer he was, David chose his words carefully, and was always quite guarded, if equally opinionated. He frequently paused, his answers coming like the best syncopated lines from a Monk solo: when the chords inevitably hit, you knew they meant something, and damn it, you wanted to listen. His sometimes-stern, lion-like demeanor belied the pussycat heart that beat within. He had to trust you to open up to you fully.

A great way to create that trust, I learned, was to ask him about his process of writing, of creating worlds using the power of words -something he knew a thing or two about. David’s love of writing was awe-inspiring. When I shared my visceral reaction to his characters, the very element I feel drives all of his work, he half-smiled, perhaps lost in his memories of their creation, before offering the honest, if deeply insightful observation that “a large part of every character I write comes from myself. I am every one of those characters“. 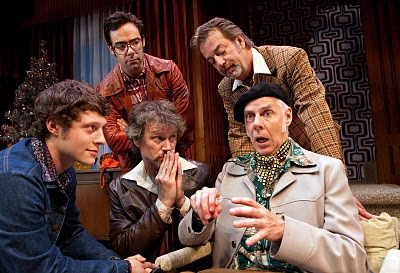 In a way, David French lives on through “those characters” -through Jacob Mercer, through Mary Mercer, and even (especially?) Jessica, Patrick, and the rest of the jumpy Jitters team. It feels like a special blessing for those who’ve had the pleasure of seeing his work produced -and again, special thanks to Soulpepper, otherwise me, and thousands like me, probably wouldn’t have had that opportunity. We’d be relying on reminiscence, reports, nostalgia. Producing the work of David French was, and is, a reminder of the contemporary feel, and equally, the timelessness, of human, humane creation. He was Canadian, but belonged to the world. His creations are specific to this country; the emotions and situations within are universal. He is ours; he is everyone’s; he is unto himself. David had that special magic to be able to conjure those various parts of himself and translate that into a real, raw, forcefield of human energy and… love. Always love. That quality -a combination of raw skill and deep emotion -never goes out of style, in theatre, or indeed, in any art form. And it never will.

Thank you, David. For everything.