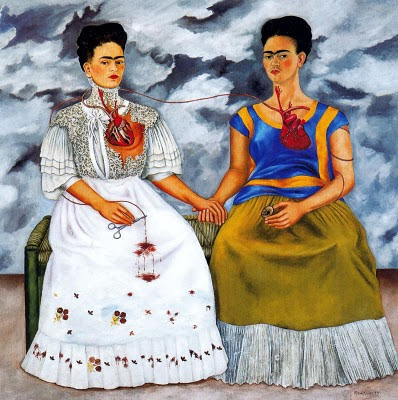 Watching pieces of the movie Frida recently, amidst bites of crostini, answering emails, and half-sketching, was a strange experience -and not just because of the multi-tasking.

When I saw it in the cinema in 2002 I was bowled over by the mix of images, plot, and music within Julie Taymor‘s vision of the Mexican painter’s life. My initial viewing was at an early point in my own personal explorations into drawing and painting; after years of photography, including nearly two years spent in Ireland and England with an ancient, beloved manual-forward SLR camera, I thought it might be a good idea to strip the technology away to get to the heart of art-making. And so the drawing/painting/sketching odyssey began, and photography, however slowly, fell by the wayside, paralleling the dwindling of film stock and the rise of mobile (and, for that matter, internet) technology.

It was during a recent dinner party at my home that I felt a deep twinge of nostalgia for my old snapping days. I brought out the old Minolta at the request of one of my guests, a photo enthusiast. The weight of the camera, the ka-chunk of the shutter, the cylindrical beauty of the lens, the quasi-surprise of the prints… it was all magical to behold after so long away from it. Yet spying the light meter again created a small panic, a palpable sense of, what am I doing?! It was a curious mix of panic and passion. 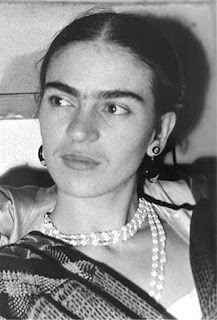 Aside from the heart-stopping, beautiful viuals, what I love so much about Taymor’s film is that Frida’s struggles and doubts over her own artistic voice aren’t ever glossed over; in one scene, when she and husband Diego Rivera go to New York City so the latter can complete a commission for the Rockefellers, a reporter asks her, “Are you an artist too?” She demures -and keeps on stabbing her brush at the canvas. Yes, no, maybe. I don’t know. Keep on keepin’ on. Even when bed-ridden, she continued her output, never labelling herself or her work. Just doing it.

I’m a longtime admirer of Frida’s work -“admirer”, actually, feels too mild, but “fan” feels too slavish. She takes her place, like Patti Smith, in my mental curio cabinet of beautifully imperfect heroes: shriekingly female but defying categorization, always personal but ever-cryptic, physical but very heady, hugely experimental but deeply traditional. A mass of genius in contradiction, Frida’s work, like Patti’s, has the power to bring me to tears, and frequently has.

The timing of Taymor’s movie on television was curious on a personal level (never mind Taymor’s directing Spider Man: Turn Off The Dark, opening next month on Broadway. More on that in a future post.). I’d been berating myself for not being productive enough artistically lately. I should be drawing/painting/etc is a frequent mental mantra. It’s feels like a hard thing to go off and do, and yet it shouldn’t be. That old want-to-be-doing vs should-be-doing battle is raging. The other reason productivity falls away is that I have a genuine sense of not knowing what I’m doing, that it’s all for naught, that it’s all horribly amateur and pointless and stupid. That voice of doubt is sometimes louder than the calm, quiet one that asks me to keep going.

And so, it was appropos that, looking through a bookshelf for something else entirely, Peter London’s No More Secondhand Art (Shambhala Publications, 1989) popped out at me. I opened it, as if my magic, to a page with the following header: “Am I Good Enough?” That would be my other mantra, a much older one that applies to several areas and pursuits. But I was fascinated by London’s dissection of this question to self as applied to art-making, one that works whether you love drawing, painting, photography or performance:

We can never win the encounter with such a question, because the very underlying assumption of “Am I —— enough?” is a faulty appraisal of the human condition and a false understanding of what it does take to engage in creative enterprises… Rather than paralyzing ourselves with the existential bone-crusher “Am I good enough?” we would do better to ask ourselves question that invoke no comparisons. Instead, we could become interested in describing the new terrain being uncovered or invented.

I dream of the day that voice stops -or at least softens. I dream of the day I’ll have the most precious things any artist could ask for -time, space, resources -to do what I want most to do, when my heroes smile and say, see? It wasn’t so hard after all. Because really, it’s not. 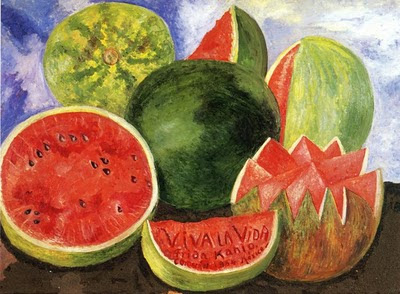