Hibla Gerzmava: “I’m With The Audience” 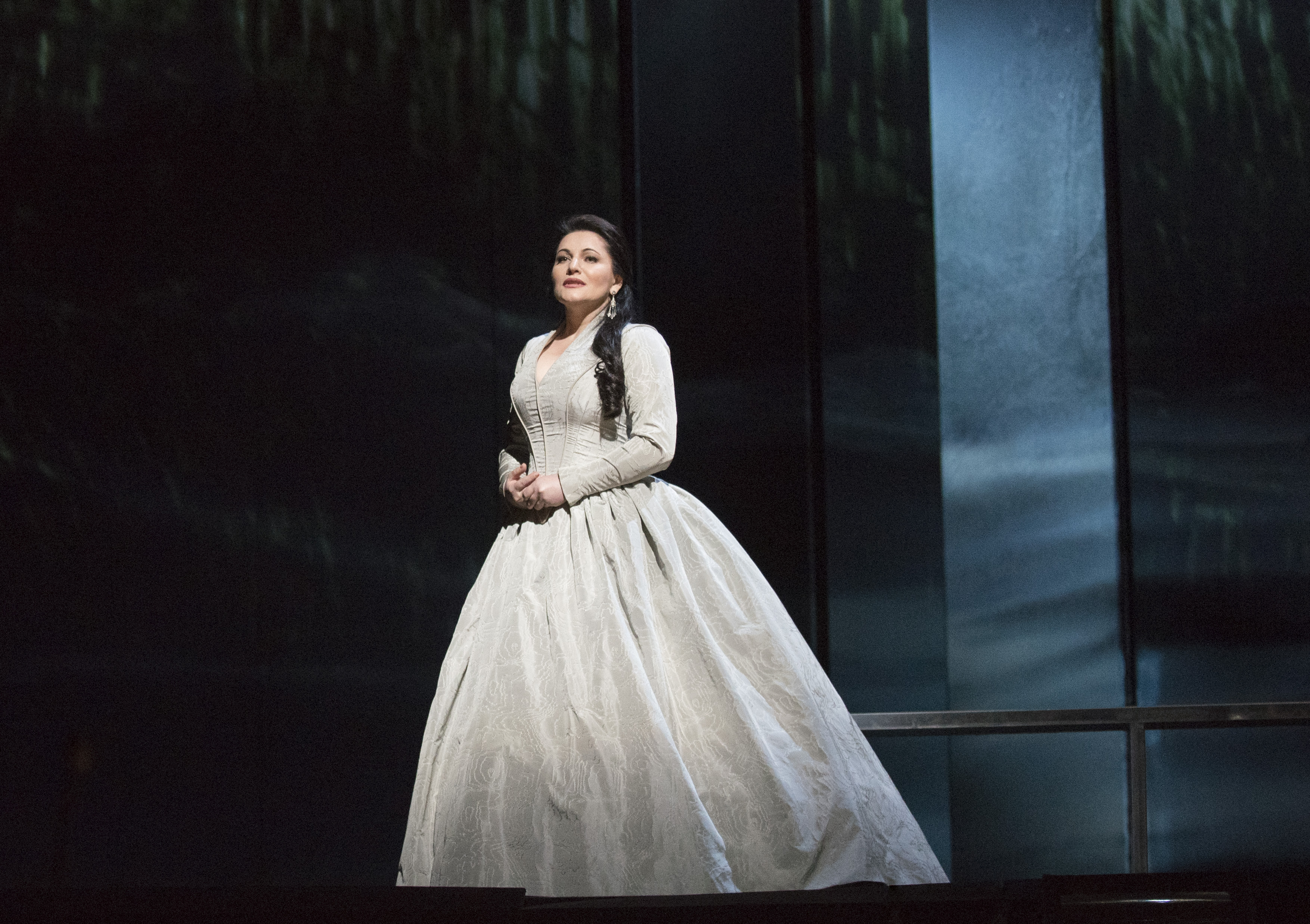 Hibla Gerzmava has been a busy lady since her last appearance in Toronto.

In the time since that acclaimed 2017 concert at Roy Thomson Hall, the Russian soprano has graced the stages of Opéra National de Paris (Opéra Bastille),  Teatro Real de Madrid, The Bolshoi Theatre in Moscow, Sächsische Staatsoper Dresden, Opernhaus Zürich, as well as appeared at her home theatre, the Stanislavsky and Nemirovich-Danchenko Moscow Academic Music Theatre, where she’s performed for over two decades now.

As well as a multitude of opera roles, Gerzmava has a particular gift for performing oratorio-style works, and it’s an area I hope she decides to further explore, because it allows her a perfect avenue in which she can showcase her incredibly rich tone and exciting flexibility. Her performance as part of Janáček’s immense Glagolitic Mass is a particular treat. The recording, released last year on Decca Classics and made at the Rudolfinum, Prague with the Czech Philharmonic Orchestra in 2013 under the baton of conductor Jiri Bělohlávek, is shining and exuberant, Gerzmava’s voice shimmering and yet laser-pointed.

A native of Abkhazia (located on the eastern coast of the Black Sea), Gerzmava graduated from the Moscow Conservatory in 1994 and went on to win the Grand Prize in the prestigious International Tchaikovsky Competition. Since then, she’s appeared on the stages of Wiener Staatsoper, the Bayerische Staatsoper, Teatro dell’Opera di Roma, and Teatro Alla Scala Milan, among many others. Her annual gala concerts (called “Hibla Gerzmava Invites”), which she started in 2001, feature a who’s-who of opera; this year’s edition included bass Ildar Abdrazakov and Alexander Sladkovsky, chief conductor and artistic director of the Tatarstan National Symphony Orchestra.

At the end of 2017, I included Gerzmava’s Toronto appearance as being a highlight of my classical music year, writing then that she “melted into every single thing she sang, one moment teasing Virtuosi performers, the next, falling beautifully into a French aria. Her clear commitment to the variety of chosen repertoire was matched by a quicksilver tone and a gracious stage presence that made me keen to see her live onstage again soon.” Gerzmava’s appearance at the intimate, acoustically gorgeous Koerner Hall this coming Sunday (3 November) features pianist Ekaterina Ganelina; it’s part of a tour that sees her play Carnegie Hall tonight (1 November), before jetting off to give concerts in Rio de Janeiro and Paris. On the bill are works by Glinka, Rimsky-Korsakov, Prokofiev, Donizetti, Verdi, and Fauré. Gerzmava returns to New York later this season to reprise the role of Liu in Turandot, a role she’s done there, and at the Royal Opera House Covent Garden, to acclaim; she also reprises Otello‘s Desdemona in Moscow later this year.

While I hope to someday interview her in-person (hopefully my Russian will be improved), the soprano and I recently had a translated email exchange in which she shared her thoughts on audiences, conductors, and the importance of recitals.

What have your experiences in Moscow given you artistically?

The Stanislavsky and Nemirovich-Danchenko Moscow Academic Music Theatre  has been my home for twenty-five years; my roots are there. Yet it is a pleasure to come to all the other opera houses as a guest. I only take on roles I have fully prepared for, and personally comprehend and embrace, whether a new or existing production. I would credit this approach to so-called directorial theatre and its long-standing history. And this is the Stanislavsky-Nemirovitch-Danchenko Theatre where I grew up and have been progressing as a singer and an actress. Many performances were put on for me, and I really appreciate and am proud of it.

When I interviewed Yusif Eyvazov years ago he said he found singing in Russian challenging, despite his using it in daily life. What’s your sense?

The music is the first and the most important for me. Text and language go after the musical material. I take very seriously any new material and seek out professional language coaches to get prepared. I mainly sing in the Italian operas and love to sing in French. As for the Russian repertoire, I do not have difficulties but a lot of responsibility. These days there are not so many singers undertaking the chamber programs.

It’s a privilege and I’m thrilled to sing Russian romances by Tchaikovsky, Rachmaninoff, Glinka, and Prokofiev – it matters to me to introduce the international audience to these great works, to this part of Russian culture. This is the reason why all my recitals of this world tour throughout New York, Toronto, Paris and London start with the Russian romances. I’ll be singing arias in French and Italian in the second part of my concerts.

You’ve done Medea a few times now; where do you see this role fitting within your overall repertoire? Will you be doing more German opera?

For me Medea is a very special character. She is a Colchean Princess from the ancient Greek myth about the Argonauts – and Colchis is the ancient name of Abkhazia, so all these Greek mythical events occurred in my motherland but many years ago.

That production (of Medea) was made with me as a singer and artist in mind, and it was highly acclaimed. As the prima of this production I got awarded with the Russian theatre’s “Golden Mask”. Award. That was an incredibly complicated role; I cannot forget about it easily, it drives me to the utmost!

As for German opera, I hope I may do it in the future. Today I’m singing the bel canto repertoire. At the same time I do have the Four Last Songs by Strauss as well as works by Schumann and Schubert. Every time I sing in German I think of my father and dedicate it to him as he was fluent in German. 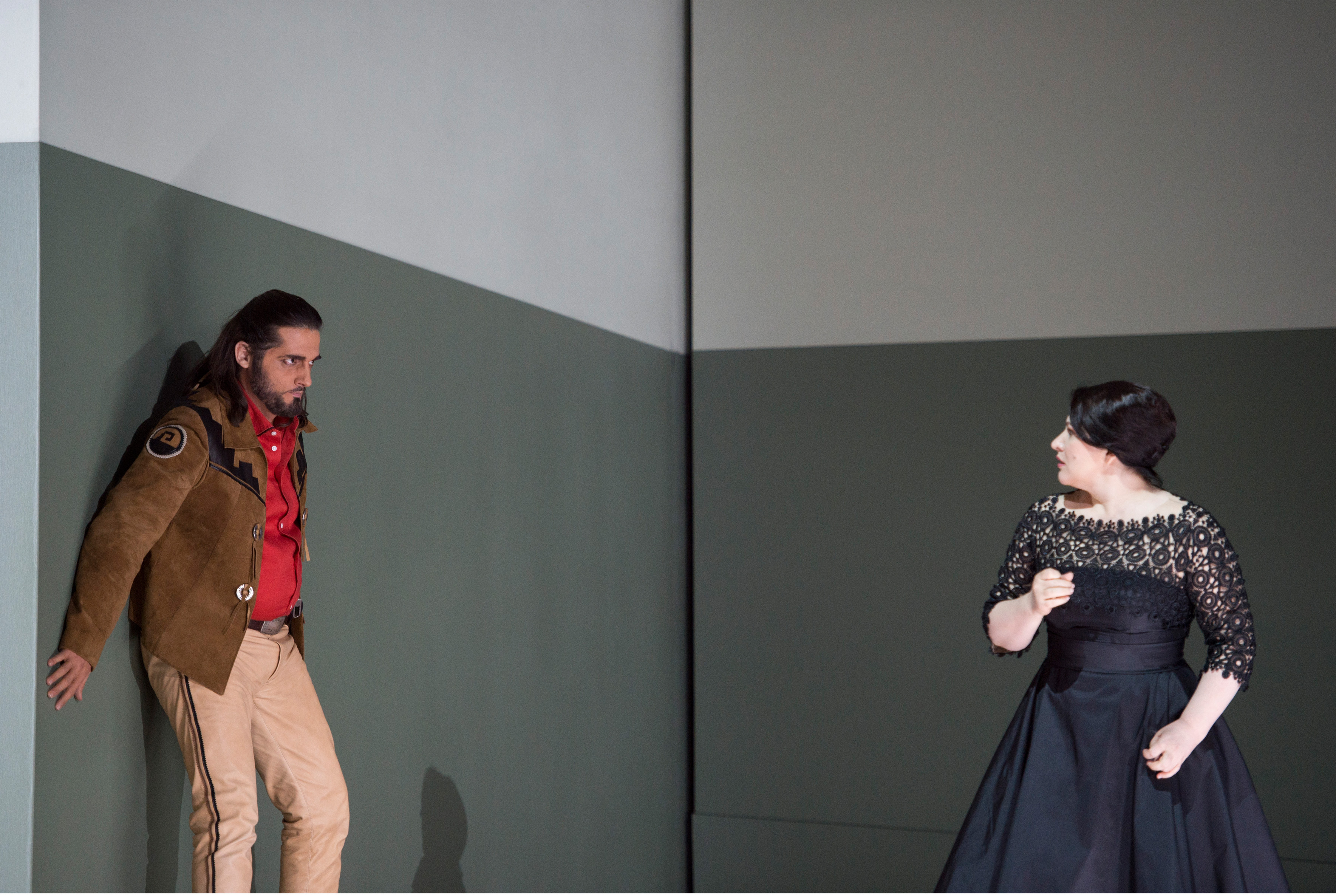 You have appeared in a variety of production styles, including a very modern production of La forza del destino, directed by Andreas Homoki, which was a role debut for you; how do you find these styles affect your performance?

I do recall my stay in the Zürich Opera House and collaboration with such an interesting and unusual Stage Director as Andreas Homoki – it was curious to learn and understand his ideas; he is a very deep artist and his approach is not standard.

When working with any director, even one with the most contemporary vision, I take everything with respect and do my best to get into these ideas. However, if there is some critical discrepancy with my concept or in case it doesn’t correspond to my principles, I’m not going to cope and adjust myself. It is always up to me to find a compromise with any director, and for that I would credit my home theatre, the Stanislavsky-Nemirovich-Danchenko Opera; it’s a directorial theatre and it did bring us up as good actors. I always come to any other theatre and production completely understanding my heroine, her character, her personality.

Thomas Hampson told me he wouldn’t be the singer he is today without doing recitals, that they are so important for the cultivation of both vocal abilities as well as artistry; what’s your feeling?

Thomas is absolutely right when he says that we need it to develop our vocal growth. One cannot imagine my schedule and my career without concerts and recitals. Voice presentation and concert style are very different from operatic performances; it is a very elite part of our art, which allows a singer to progress and enrich his or her experience. There is nobody else on stage except the vocalist; there is neither decoration, nor choir. There is only my voice, my energy and artistry. I am happy to perform solo both with a pianist and with an orchestra. It brings me, as an artist, closer to the spectators. I’m with the audience and more real, more like myself than in an opera. How have you found audiences across the various places you’ve performed? it seems as if the quality of listening differs across regions.

I do love all my spectators anywhere in the world. Every time I’m entering the stage in any country it is very important for me to engage the audience, to deliver my message, to earn their affection. Geography does not mean anything to me. Each continent has its own very profound, responsive listeners and those that are coming to meet me for just the first time. Believe me, I know how to approach everybody. To some extent I may say that I am even spoiled by love and admirers in the most demanding theatres like La Scala, ones that are used to booing a singer that they do not like. I love the Metropolitan Opera audience, the power of the applause is literally devouring you, and nobody is withholding their emotions. I found the audience in Toronto to be absolutely great too, they are warm and understanding. We performed there together with the Moscow Virtuosi and Maestro Spivakov in 2017. I cannot wait to see and sing for them again.

What are your thoughts on the role of conductors in relation to performance? A number of artists have told me they believe chemistry has to exist between singer and conductor from the beginning, although some have also said it’s something that can be cultivated. What is your sense?

Chemistry, sympathy and mutual understanding between the conductor and a singer are very important. The highest level of a conductor’s art is to feel the singer. I do not like dictators who are trying to impact the singer. If a conductor cannot find common ground with the cast, it can affect the directorial idea and the entire production in general. But if there is a harmony and some invisible musical link between singer and conductor, then they turn into magic on the stage. Thank God, I have been always very lucky to meet and work only with extremely good and professional conductors.

Hui He: Building Connection Through The Voice

Lisette Oropesa: “Context Is Everything As A Singer”