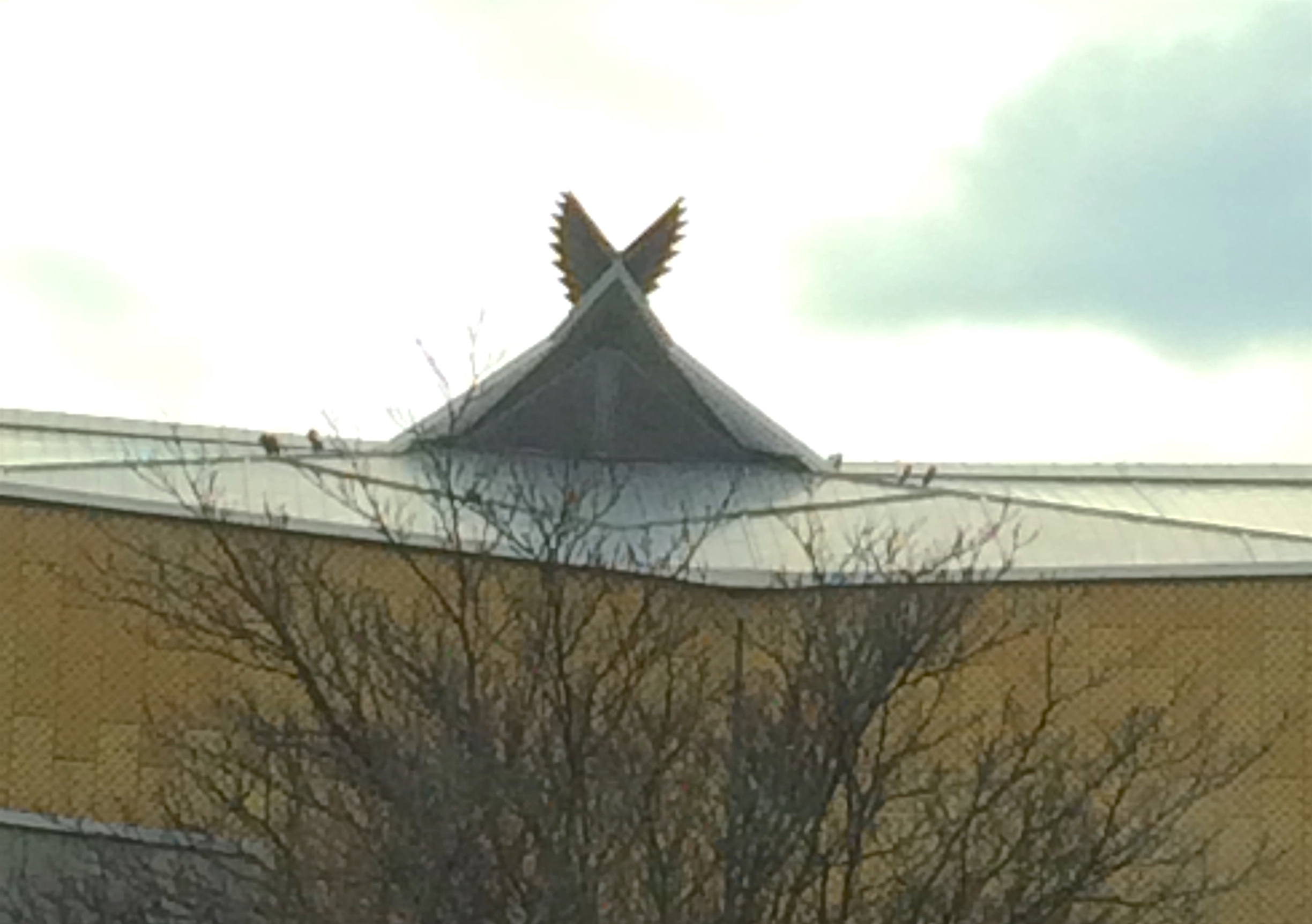 The Philharmonie Berlin. (Photo: mine. Please do not reproduce without permission.)

It’s taken me 72 hours to get to the Philharmonie in Berlin. That’s longer than many other visits I’ve made here, and while this was one of the shortest concerts I’ve attended in the storied music venue, it was one of the most quietly magical.

Performed by the Rundfunk-Sinfonieorchester (Radio Symphony Orchestra) Berlin under the baton of guest conductor Sebastian Weigle (who is General Director of Oper Frankfurt), the Sunday afternoon concert was a graceful integration of contrasts, joining the vast passions of the material (and the composers’ intertwined lives) with a whispering elegance underlined by smoothly assured playing. Mahler’s Lieder eines fahrenden Gesellen (Songs of the Wayfarer) and Symphony No.1 in E Major by Hans Rott were performed with sparkling clarity and a passion that whispered rather than declaimed. The effect? Beautiful. No fancy bombast, this, nor any falling into comfortable mediocrity; it was pure musicianship. 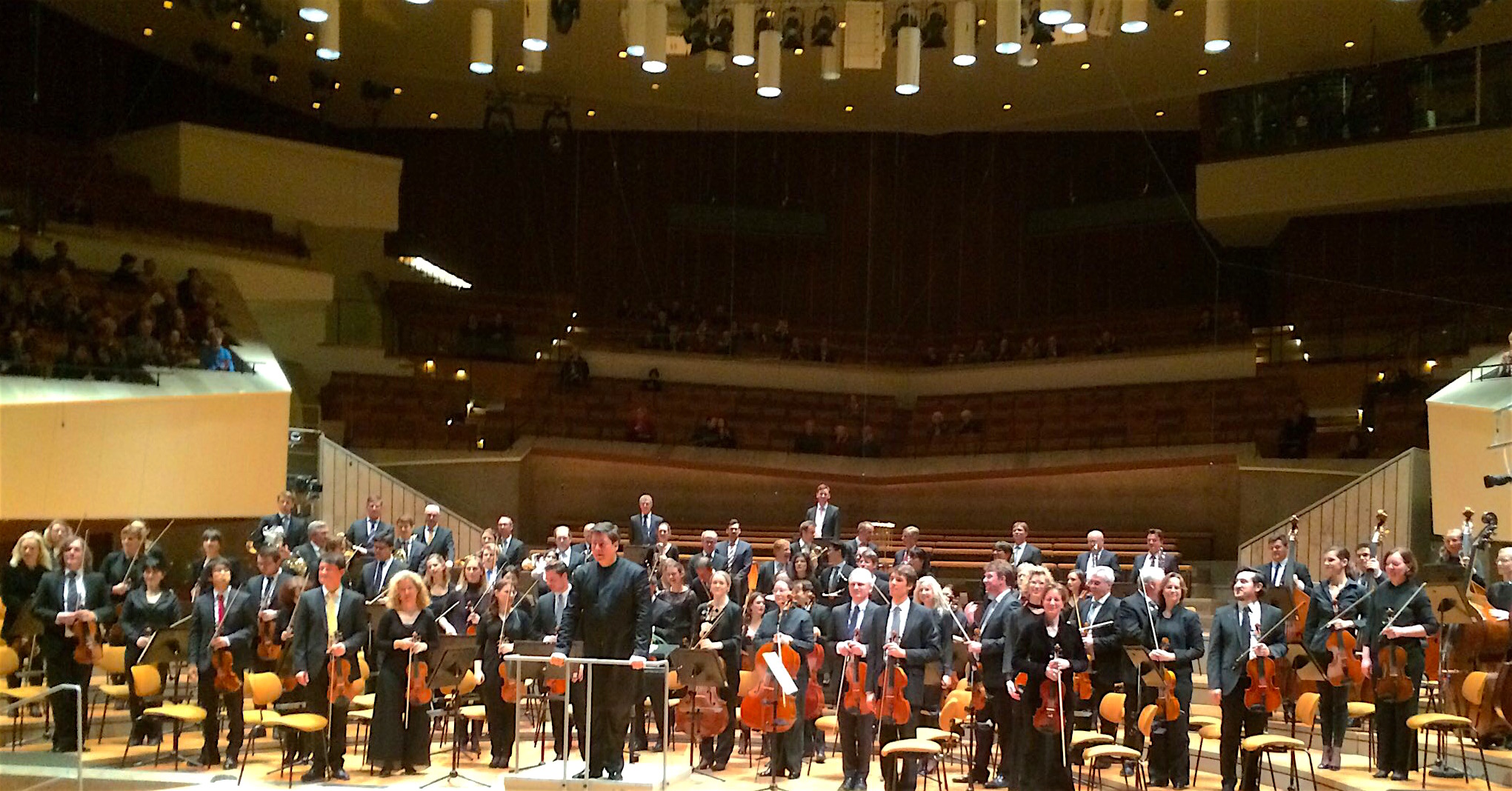 Conductor Sebastian Weigle and the RSB at the Philharmonie Berlin, February 25, 2018. (Photo: mine. Please do not reproduce without permission.)

Baritone Björn Bürger, a member of the Oper Frankfurt ensemble, filled in for an ailing Michael Volle for the program’s first half, infusing Mahler’s four famous works with a lovely youthful ardor and earnest endearment. The songs, romantic and yearning in nature, were written in the late 1800s and were inspired by Mahler’s doomed affair with soprano Johanna Richter; they are shot through with the sort of panting passion you might expect from a young composer. These qualities were nicely reflected via both Bürger’s glinting high baritone (tonally anxious in spots, no doubt due to nerves), and Weigle’s deeply intuitive, poetically astute conducting. Never leaning too far into a phrase or banging out motifs, Weigle and the RSB very clearly trusted their audience to appreciate the subtlety of a thoughtful approach, and delivered a loving performance that underlined the waterfall-like passion of the material with gossamer-like strings and a sinuous bass section.

That waterfall-like quality came into focus in the program’s second half, which featured Austrian composer Hans Rott’s First Symphony, replete with plenty of string runs and interplay between woodwinds and brass sections. A contemporary of both Mahler and Bruckner, Rott struggled with debilitating mental illness and died (of tuberculosis) roughly six weeks shy of 26. His work was largely dismissed in his lifetime — including, notably, by Brahms, who said the Austrian should give up music entirely. Mahler, however, recognized his talent, and wrote after his passing (in 1884) that “(Rott) is so near to my inmost self that he and I seem to me like two fruits from the same tree which the same soil has produced and the same air nourished. He could have meant infinitely much to me and perhaps the two of us would have well-nigh exhausted the content of new time which was breaking out for music.”

Roses left by conductor Sebastian Weigle on the podium after leading the RSB in Mahler and Rott. (Photo: mine. Please do not reproduce without permission.)

Traces of Mahler’s influence, as well as a clear anticipation of his output, can clearly be heard in Rott’s First Symphony, a work which only enjoyed its first full recording in 1989. The third movement, in particular, largely anticipates the sort of instrumental interplay Mahler would regularly deploy later in his career. The RSB performed this movement, a scherzo, with sparkling buoyancy, even as Weigle maintained strident sonic discipline; no large, sentimental displays here, but rather, thoughtful, clear, sensitive playing that showed the intricacies of Rott’s score while highlighting its expressiveness. The horn section was impressive with round, fulsome sounds, qualities not always associated with brass instruments, and yet so skillfully deployed here; perhaps Weigle’s fifteen years spent as a horn player with the Berlin Staatskapelle was making itself known. At the close, the conductor left the traditional bouquet given to artists on the score, gesturing as he did so, a nod to Rott and his cultural legacy.

It was a lovely, quietly elegant welcome back to the Philharmonie, and certainly a heart-and-ear-opener that underlined the energy of youth while underlining the importance of a mature approach. The material asked for it, and Weigle and the RSB delivered, beautifully.