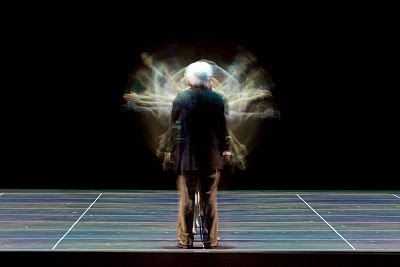 That was my exact reaction reading a friend’s tweet recently. Technology is everywhere; so go the accessories. Life without a cellphone (and the ubiquitous apps) seems unreal; twenty years ago, life without a Walkman was unthinkable. Technology has been so ubiquitous now that it’s turned into a simple matter of choosing what we want, and when, and being absolutely confident it’ll be there at our convenience.

It’s hard to imagine the shock waves English photographer Eadweard Muybridge created with his early experiments in photography -experiments that lead to the creation of cinema. Can any of us imagine life without movies or still images? It’s easy to take them for granted, especially since they’re everywhere: TVs, movie screens, the internet, computer monitors. A work colleague of mine has a lovely photo of her daughter set as her desktop; in Muybridge’s time (the mid/late 1800s), the only image of the girl that could’ve existed would have been a painting. Beautiful, but hardly the same thing. 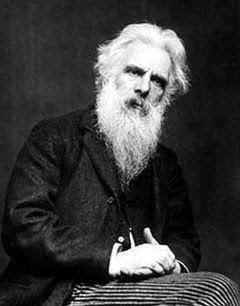 The conveniences of technology, and its role in our lives -scientifically, artistically, socially -ran through my mind watching Studies In Motion: The Hauntings of Eadweard Muybridge, produced by Vancouver’s Electric Company Theatre and presented by The Canadian Stage Company, currently on in Toronto at the Bluma Appel Theatre. The lauded work opens with a naked man carefully manoeuvring his way across the stage; I write “manoeuvring” because there is a real sense of trying to capture the basic -or seemingly-basic movements Muybridge did in his own experiments. The English-born, American-living/working photographer worked at the University of Pennsylvania between 1884 and 1887, and invented new techniques and technologies that significantly furthered the art of photography and lead directly to the world of cinema. The opening scene of Studies In Motion is exactly what its title suggests: studies (that is, people) in motion, across a grid-like space, forcing us to look at muscles, bones, structure and form, and the various shadows they cast across the bare expanse of stage -this mortal coil, perhaps or the new terrain someone might embark on whenever they try anything new.

Within the context of societal mores depicted within the play, the nudity is a source of shock, of course. One not-so-amused woman looks on pie-eyed and mouth gaping as the models demonstrate their daily business in the lab. Yet Muybridge (Andrew Wheeler) tells the shocked visitor this isn’t about titillation; if he could, he’d rip the flesh off to see the bone, and then take away the bone to see pure movement itself. Models cover and uncover according to the readiness of the equipment, but they are also comfortable around their technician cohorts. Thus the straight-laced Victorian world falls away, and we are taken somewhere considerably more modern; this modern sense is reflected, meta-theatrically at least in a sense, via Crystal Pite’s dance interludes, where the actors become the motion their theatrical counterparts set out to study. With a pulsating soundtrack (courtesy of composer Patrick Pennefather), the ensemble reaches, runs, stretches, and sashays through all variance of human-doings.

The team behind Studies In Motion are a talented bunch; director Kim Collier is a Siminovitch Prize-winner, and the impressive set, lighting, and video design is by Canada Council award winner Robert Gardiner. Crystal Pite is celebrated across Canada and has won a Dora Mavor Moore Award (a Toronto version of a Tony). Writer Kevin Kerr’s other works include Unity (1918) and Skydive, and the show itself was previously produced at Montreal’s impressive Festival TransAmériques in 2009. While there’s a true sense of exploration and curiosity and even wonder, I was left cold emotionally -but then, that’s probably the point. Kerr’s work eerily echoes the cold efficiency with which Muybridge approached his work, and even the inclusion of the famous murder he trial he was involved with (he shot his wife’s l0ver) fails to touch; it’s at its most compelling when in the lab, showing movement you take for granted -human technology at work -across a massive, sprawling grid.

Gardiner’s contribution was, I admit, my favorite part of the show. His eye-poppingly gorgeous grid-like design was complemented by various projections of Muybridge’s original works flashed acros the long screen running the length of the stage. The natural tendencies of the eye (moving left to right, small to large) were challenged, gently, skillfully, with a notion of continually widening, then narrowing Kerr’s narrative focus. The design was a dramatic dance companion to the occasionally-maudlin script, though it shuld be noted that Kerr is incredibly good at knowing when his characters should shut up and let the images do the talking. Here Collier’s incredible eye for integrating the piece’s various elements -dance, video, images, movement -comes forward as truly impressive, and truly remarkable. There was a nice future-looking play of words and sounds and images I experienced in watching Studies In Motion too; artists like the Lumiere brothers, Fritz Lang, F.W. Murnau, and in a more contemporary sense, Daft Punk, Jenny Holzer, the early 90s videos of U2 (Mark Neale’s direction of “Lemon”, above, was directly influenced by Muybridge’s work), and the entire Krautrock and industrial movements are all here, in various guises, occasionally naked, occasionally still, probing and pulsating and prowling.

Muybridge, and by extension, Collier’s work attempts to look at the mytery of humanity and existence by taking mall slices of movement and analyzing them to bits; thing is, there’s an art in those small moments, in and of themselves, that doesn’t require analysis so much as acceptance. We may marvel at the technical and scientific feat Muybridge achieve, but it brings us no closer to the mytery of the human heart, or indeed, the mysterious ways we’re moved by art itelf. 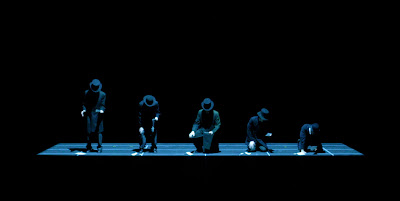 So this, then, is the final question Studies In Motion left me with, one I’m still wrestling with: does a person make better art through isolation? isolated movement, position, placement -consciouly created -good or bad for art? I don’t expect easy answer -and in fact, I’d rather enjoy the questions anyway. There’s poetry in the motion, and in stillness, and having both at my disposal through this little life feels like the best kind of technology I could want, iPhone gloves be damned.