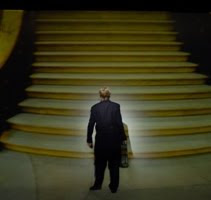 The Canadian Stage Company announced its 2010-2011 season this morning. Its Artistic and General Director, Matthew Jocelyn, is embracing a new approach for the company, one he hopes will help to re-define the company and its mandate over the 21t century; one might even suppose Jocelyn, Canadian-born but mainly French-employed, is trying to re-define the Canadian theatrical landscape with his bold, unique choices. In looking over the release , there’s something undeniably refreshing about this kind of vision: worldly, unapologetic, broad and arty. It remains to be seen whether Toronto audiences will embrace this vision, but it’s nonetheless heartening to see this kind of chutzpah within the cliquey world of Toronto theatre.

Jocelyn aims to “redefine Canadian Stage as a home not only for great Canadian and international plays, but also for trans-disciplinary theatre that pushes the boundaries of convention and reflects a resolutely 21st century aesthetic.” That aesthetic includes featuring the work of Quebec native -and theatre visionary – Robert LePage in the 2010-2011 season. LePage’s The Andersen Project will be making its Toronto debut in October; according to the release, it’s “a modern-day multimedia fairytale” that is based on the work of Hans Christian Andersen. LePage? Andersen? Sounds like all kinds of mad, manic magic. I was bowled over by the artistry LePage brought to The Nightingale at the Canadian Opera Company last October, and though The Andersen Project isn’t new (it was commissioned by Denmark in 2005 to mark the 200th anniversary of the famous writer’s birth), there’s always something so inspiring and fresh about seeing LePage’s work in Toronto. It feels as if he’s bringing a European sensibility that Toronto, for all its talk of being a “world-class city”, is still deathly afraid of truly embracing. 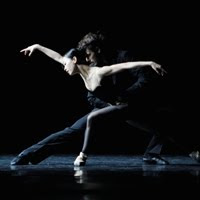 Come November is the multimedia production Studies in Motion: The Hauntings of Eadweard Muybridge by the Electric Company Theatre, featuring the poetic choreography of accomplished Canadian dancer Crystal Pite. Quebecois dancer Edouard Locke will also be part of the Canadian Stage season with his grond-breaking La La La Human Steps company in as-yet-untitled work set to premiere in May 2011. (You might recall La La La worked with David Bowie in the 1980s.) I love the fearless combination of dance and drama here; again, it’s a European approach to theatre (and its integration of other artforms) that is indicative of the kind of worldly thinking Jocelyn’s experience (mainly with Atelier du Rhin) entails.

That experience also lends itself to reaching out to Canada’s national arts organization. Thus, the National Arts Centre‘s English Theatre head honcho Peter Hinton arrives in 2011 to direct Saint Carmen of the Main by Michel Tremblay; the work is a co-production with the NAC and runs February 7th to March 5th. Canadian dynamo Jennifer Tarver will also be directing for Canadian Stage. She might be best-known outside of Canadian theatre circles for her celebrated production of Beckett’s craggily moving work Krapp’s Last Tape featuring Brian Dennehy that ran in Stratford and then Chicago. Come April 2011, she’ll be helming the Canadian premiere of The cosmonaut’s last message to the woman he once loved in the former Soviet Union, by David Greig. The work was first produced at the Edinburgh Festival in 1999 and went on to run at the La Jolla Playhouse in San Diego and the Donmar Warehouse in London. Now there’s a play with passport cred to burn. 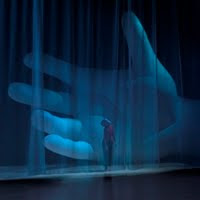 Along with smaller productions at the Berkeley Street Theatre (the smaller stage used by the Canadian Stage Company) involving local companies like Nightwood and Studio 180, the Berkeley will also host a Spotlight On Italy series March 15th through 26th, 2011. Programming is totally intriguing, and includes many works that won’t be familiar to Canadian theatre audiences. Nunzio and La Festa, two award-winning plays from Sicily’s Compagnia Scimone Sframeli will see productions, along with the dance theatre of la natura delle cose by Florence’s Compagnia Virgilio Sieni, whose Artistic Director, Virgilio Sieni, has twice received the UBU prize, Italy’s top theatre award. 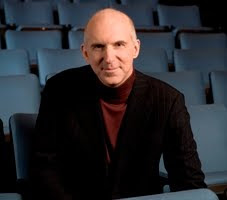 “The Spotlight Festival,” notes Jocelyn, “demonstrates (the Canadian Stage Company’s) commitment to showcasing some of the most extraordinary international companies that challenge the classical notions of theatre.” I can hear some Canadian arts types moaning that we already have companies that do that -but how much more can they -and we -learn by including the works of others within our own diaspora? Culturally, they inform our “Canadian-ness” every bit as much as works by Michel Tremblay, David French, Judith Thompson, Florence Gibson, George F. Walker, and the myriad of other playwrights who are studied and produced across this country. If the 1960s and 70s were all about establishing a distinctly Canadian voice, the 21st century is about seeing how much that voice can sing with other voices -in harmony, or not. Will audiences go for it? That remains to be seen. But it’s surely good to see Jocelyn’s vision of the Canadian Stage Company going above and beyond the predictable, the safe, and the well-worn. It’s time for something new. Welcome to the world, Toronto. I think you’re going to like it.