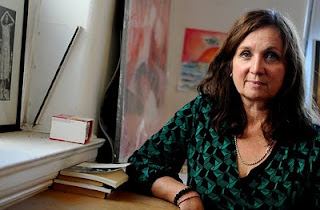 I’ve been thinking a lot about violence: that which we inflict upon each other, in large and small ways, and that which we direct upon ourselves. Every night the television news is filled with searing images of suffering and pain. reminders of the awful damage us humans are capable of, through snarky opportunism, willful malevolence, or some sad combination of both.

Canadian playwright Judith Thompson has never shied away from these issues. The award-winning playwright has spent her career exploring the myriad of ways we inflict violence on those we love, those we hate, and those we don’t even know. Her first play, 1980’s The Crackwalker, was a gritty examination of the lives of four disturbed people, all but forgotten by mainstream society; 1997’s Palace of the End was a triptych of haunting monologues delivered by damaged souls who’d been affected by the Iraq war. Thompson, who is a two-time recipient of a Governor-General’s Award for drama and has been awarded the Order of Canada, isn’t afraid to ask tough questions around morality and intolerance in her work, nor does she shy away from the depiction of hurts, physical, mental, spiritual and psychological, and their related conequences. Thompson’s latest work, Such Creatures, takes the simple premise of two women at two different points in history, recounting their tales; one is a Holocaust survivor, the other an Aboriginal street tough. I had the opportunity to speak with Thompson to exchange ideas around the inspiration for the work, the connection between the two women, and the real-life stories that fuel her creative world. Thompson’s responses are still so inspiring to me; I’ve highlighted my favourite bits.

Was there a specific event that inspired Such Creatures? 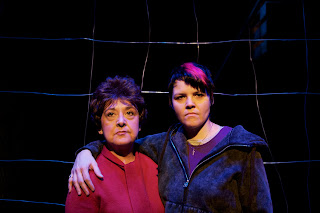 Many moments and stories inspired the play, (like) Reena Virk and others like her. I have realized that many young girls live in a kind of war zone almost as dangerous as the one so many young men live in, but they don’t make the news… I teach acting, and one of the exercises I assign is for the students to interview someone out of their normal social sphere, and then bring a monologue to present to the class; a student from outside of Ottawa brought a letter given to her by an elderly neighbour. The letter was written to her by her sister, from the prison within Auschwitz, where she was waiting to be hung for her part in the Auschwitz revolt in which Crematorium 4 was blown up. When I heard this letter, something inside me shifted. I knew I would revisit the letter. I was so inspired by the courage of these young girls.

Why did you choose two female protagonists?

Many male heroes have been celebrated in drama, but there are so many unsung female heroes and martyrs, and these girls… well, both are heroic, because they face violence with bravery, and one especially takes huge risks to benefit others. They have nerves of steel, sharp extraordinary intellects, and they are both only fifteen! I want to look at women who are leaders, and fighters, women who will never ever give up or surrender their beliefs. 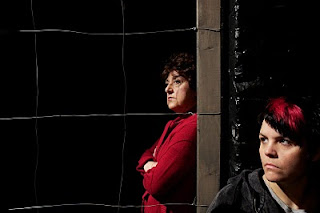 What do you think binds these women together, ultimately?

We carry our history in our bodies, and deep in our psyches, we carry every woman’s experience. We stand on the shoulders of the women who lived before we were born, whatever race or religion we are. Preparing to fight a gang of girls to the death is facing death; it has come down to the very same thing that the girl at Auschwitz faced every day. We are always underestimated, valued mainly for our attractiveness to men. These girls are so so so much more than that -and so are we all!