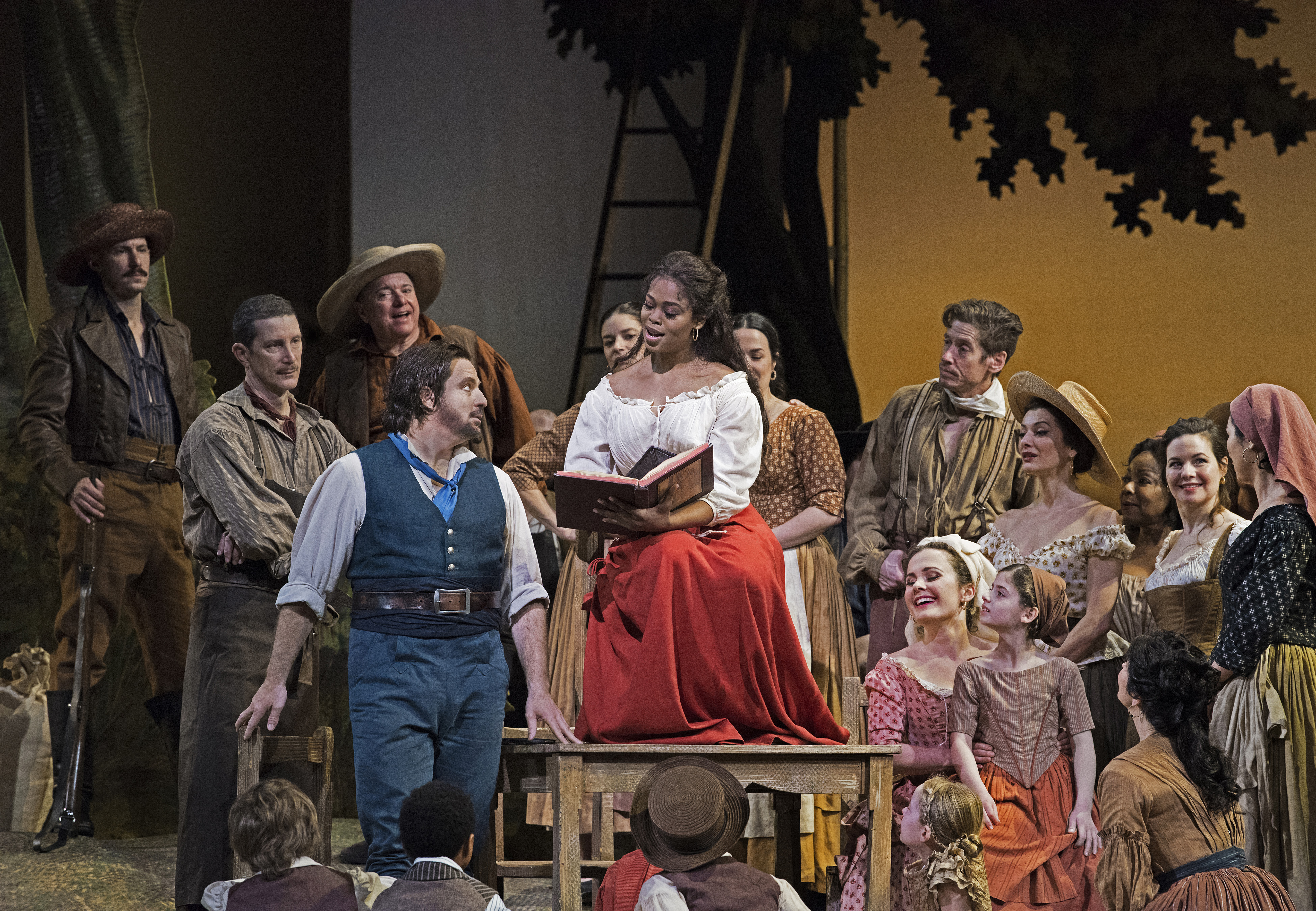 Longtime readers of mine will know I was raised on a steady diet of Italian opera. Alongside Puccini, Bellini, and the household favorite, Giuseppe Verdi (whose dwellings I visited last fall, an account of which you can discover in an upcoming issue of Opera Canada magazine), there was also the music of Donizetti. What to say about the man who wrote one of the most famous bel canto works in history, one based not on any Mediterranean story but on a novel by Scotsman Walter Scott? While Lucia di Lammermoor was, alongside La boheme, Norma, and Rigoletto, one of the mainstays of my youth, it wasn’t the Donizetti work I immediately responded to; that honor belonged, rather, to L’elisir d’amore (The Elixir of Love), a sitcom-like comedy brimming with warmth and humanity.

The opera, written hastily over a six-week period and premiered in Milan in 1832, is one of the popular and beloved of works in the opera world. Some very famous singers have been performed in it, including Nicolai Gedda, Tito Gobbi, Mirella Freni, Renata Scotto, Carlo Bergonzi, Joan Sutherland, Placido Domingo, Anna Netrebko, Roberto Alagna, Rolando Villazon … the list goes on. The opera offers an array of vocal fireworks which are deceptive for their elegant, hummable simplicity. Luciano Pavarotti is widely known (and rightly loved) for his sparkling performance of Nemorino, the hapless, lovelorn male lead; I was fortunate enough to see him sing it live (along with another great Italian singer, Enzo Dara, who sang the role of the potion-peddlar, Dr. Dulcamara). The venerable tenor seemed lit from within in the role, and it’s no wonder; he confessed in interviews that his favorite stage role was, in fact, Nemorino, the role he felt closest to, out of everything he’d done. As well as having one of the most famous arias in all of opera, Nemorino is brimming with neither intellectualism or thoughtful reflection (or even that much witty repartee, unless he’s dead drunk on the potion Dulcamara gave him), but, rather, steadfastly tied to a beautiful, earnest position full of love and longing. Nemorino loves Adina, the popular girl, who doesn’t give him (initially) the time of day; it’s a familiar story, a simple story, and one that, when couched in such splendid music, makes for a great introduction to the art form. 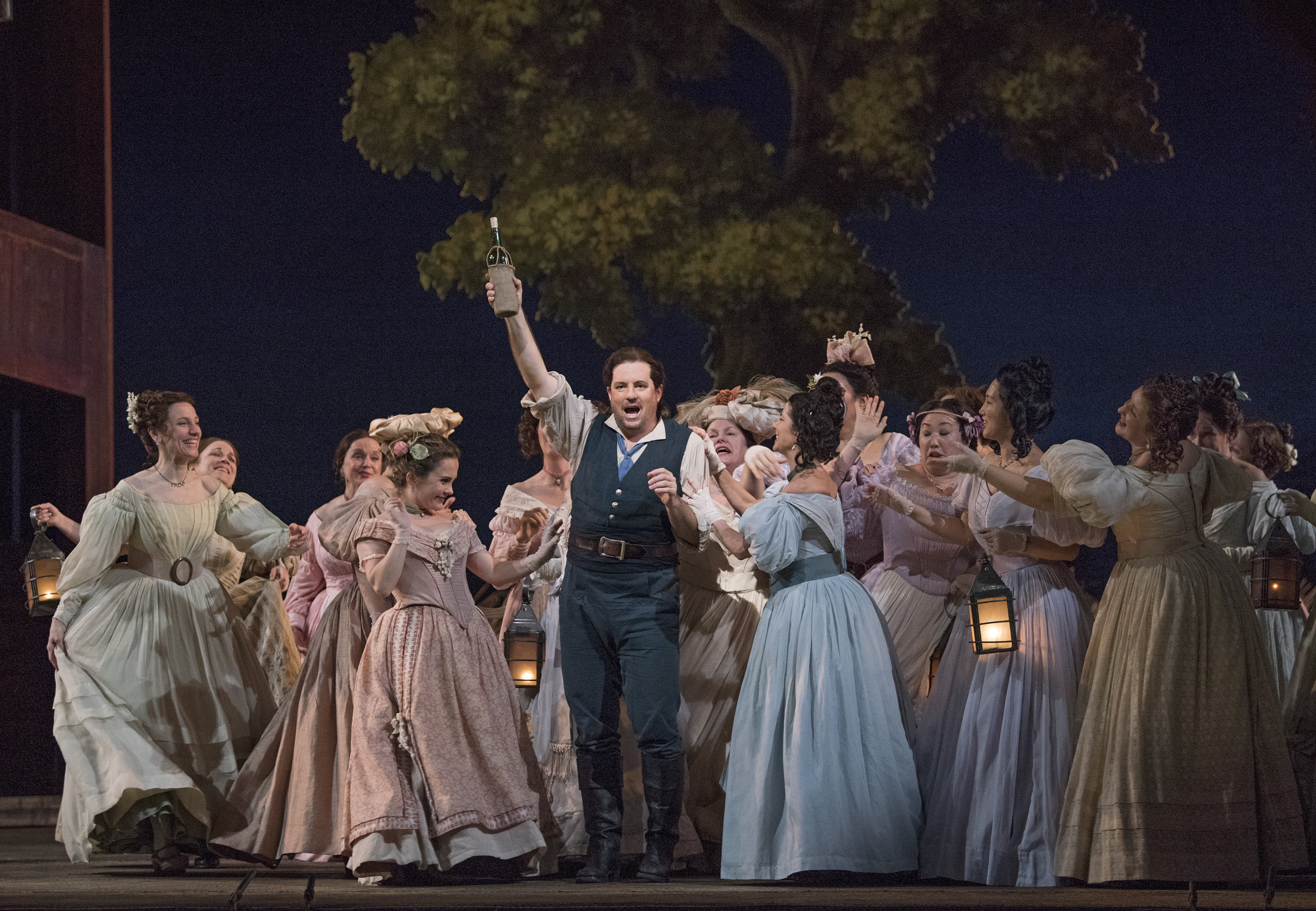 And so it is that I’ll be hosting a special Cineplex event featuring the opera this coming Thursday (15 March) in Toronto, a Live in HD re-broadcast of the Metropolitan Opera’s production of L’elisir d’amore, featuring tenor Matthew Polenzani and soprano Pretty Yende (both of whom I saw last season in various Met productions) in the lead roles. I was recently part of a panel on Toronto radio station Newstalk 1010 with broadcaster Richard Crouse discussing this, and mentioned Pavarotti, melodic music, and how I got into opera — but really, it’s much more fun to come see — and hear! — for yourself. Details on the screening are here — and you can win tickets here. I may or may not wear my crown (likely not), but I would love to see and meet (and chat with!) opera lovers old and new. Will it change your mind about opera? Maybe. Will you love the music? I would bet the response, post-broadcast, will be a resounding “si” — hopefully see you there!