Since mid-March, I’ve been engaging in drawing and painting more frequently. It is a passion I first found immediately following a trip to the Algarve almost two decades ago. After years of engagement in photography, dance, and acting, visual art seemed like a natural next step. A sharp contrast to my then-job in advertising (the social aspects of which were fun but equally draining), a weekly art class, held in the basement of a local artist and teacher, was a solace of quiet, self-directed time, a solitary creative activity at once technical, instinctual, emotional, and sensual. I loved the smell of paints, the feel of charcoal on fingertips, the way red smudged into green. Art became an extension, rather than an escape, and it’s one I’ve found myself driven to over the past few uncertain and lonely months of pandemic lockdown. The quarantine necessitated by coronavirus restrictions has allowed for both contemplations of the present and future, as well as regular wanderings through old memories and experiences, sometimes good, sometimes bad, sometimes winding up in waves and lines across sheets of foolscap and virginal white canvasses.

Looking through a stuffed old steamer trunk of old paintings, I remember the ochre sand, the cerulean blue sky, the jade-like palm fronds, the steely grey of clouds, of the intermingling textures of mottled-smooth-rough sculpture of every crevice and darkened corner. I recalled smells (of salty sea and wet sand on skin), tastes (I brought spice packets and various savoury pastes home with me), the cool-warm granular feel of the rocks, the grains of sand like razor-blades underneath, around, and against fingernails and feet and face; all of this I tried to translate with paints, pencil, points and brushes. I even tried to capture my conviction at the time that one of the red-shorted lifeguards at the local beach was a merman; he had vanished beneath the waves one day for well over fifteen minutes, gracefully materializing out of the waves unexpectedly and glinting a sleek silver against a mid-September overcast sky. My amateur efforts were sometimes successful, sometimes not; it was a feeling I aimed to capture, of oneness with a moment outside of time, reason, reaction, comforting identities and familiar faces and places. My instructor, a professional artist and professor at a major Canadian art school, would actively discourage the use of erasers in sketching. “Be open to any and everything,” she would say, in soothing caramel tones, “Whatever you think is a mistake might not be.” It was surprisingly easy for me not to use an eraser, surprising considering I was a lifelong perfectionist. might instead be approached as an opportunity for a new and unexplored path, and so, off I went on many, many paths, losing, finding, forming, shaping, and re-shaping, again and again, each time anew, awake, alive… or, that’s how I frequently want(ed) things to be. They sometimes weren’t, and aren’t, and that’s probably important to remember, especially now.

The current overtures toward reconfiguring presentation within the context of classical music are being greeted with a mix of sighs, scowls, boos, cheers, but largely (I would suspect) held breath. Navigating change is not, depending on one’s familial, cultural, and social baggage, always easy; in a forced situation it seems even more difficult and onerous. it might be done on tentative tiptoes, or it might be approached with an open-armed embrace. What with the figurative windows and doors being replaced, there’s concern if and how the view might be affected – and if that’s a good thing, a bad thing, an overdue thing, a thing that can lead to what may or may not be some overdue transformation within an industry some (particularly in North America) perceive as being adverse to innovation, one which would embrace experimentation and all the possibility (and diversity) within that framework. The openness to new horizons, even (or especially) ones that don’t seem good or viable (or comfortable or familiar), are notions being actively discussed and tried, especially in light of the recent reduced musical and theatrical presentations at Hessisches Staatstheater Wiesbaden, running through early June. Some are appalled at the safety restrictions in place; others say it’s a hopeful sign. Classical fans (at least some) perceive the safety measures as a small (and hopefully temporary) price to pay for the opportunity to experience live performance again. Being taken entirely out of self and place and time, whether at the easel, the concert hall, or the opera house, is not a reliable or predictable thing, and indeed, it does not happen with every single drawing, or every single performance.

Still, there’s the possibility, and it’s the opportunity for this possibility that I suspect is so missed. Our collective cultural saudade (for what else should we call it?) relates directly to the concept of community, quite possibly the most important form of beauty we have right now, and perhaps also our hardest loss. What was ‘normal’ may not, as I wrote recently, be coming back any time soon, and as such, we can’t experience the breaths, the sighs, the miniscule “mm”s and slight (or not) head cocks, the irritation of audible humming and tapping feet and seat-conductors, the resonance of instruments and voices vibrating through thighs and hips and sternum, into temples and through ear lobes. Pressing one’s head against speakers does not produce the same feeling of transcendence, one intimately tied to community. Communal transcendence within a confined space and time is not an every day experience . It is, in the 21st century, one of the few highly experiential and directly visceral things we desire actively and will pay for. Writer Charles Eisenstein wisely writes in a lengthy and very thought-provoking essay:

Our response to it sets a course for the future. Public life, communal life, the life of shared physicality has been dwindling over several generations. Instead of shopping at stores, we get things delivered to our homes. Instead of packs of kids playing outside, we have play dates and digital adventures. Instead of the public square, we have the online forum. Do we want to continue to insulate ourselves still further from each other and the world?

To reduce the risk of another pandemic, shall we choose to live in a society without hugs, handshakes, and high-fives, forever more? Shall we choose to live in a society where we no longer gather en masse? Shall the concert, the sports competition, and the festival be a thing of the past? Shall children no longer play with other children? Shall all human contact be mediated by computers and masks? No more dance classes, no more karate classes, no more conferences, no more churches? Is death reduction to be the standard by which to measure progress? Does human advancement mean separation? Is this the future?

Advancement versus preservation; this seems like such a strange idea, and yet it has become, like masks in public, part of the new definition of normal. Perhaps the two ideas are synonymous? That advancement as a species means the preservation and protection of others, especially its most disadvantaged? Perhaps, amidst the lessons corona might be able to teach us (as Eisenstein posits), a more active idea of community might not only be understood but literally, loudly lived. Experience of community within a live setting implies agreement of chosen presence within a predetermined space, for a predetermined period of time with other breathing beings with their own notions and ideas (and hopefully sense of openness as well) hearing and seeing what you are, but as themselves, with their own ears and eyes. I go to live events as much to experience this unique interconnected energy as I do for the music and staging; hell is other people, so goes the saying, but it feels equally true that hell is also being without other people, without having the opportunity for that community, not by choice, but by force. To be robbed of that, when one has not partaken of the social ritual of family, is indeed a cruel and unusual punishment – never mind the masks. 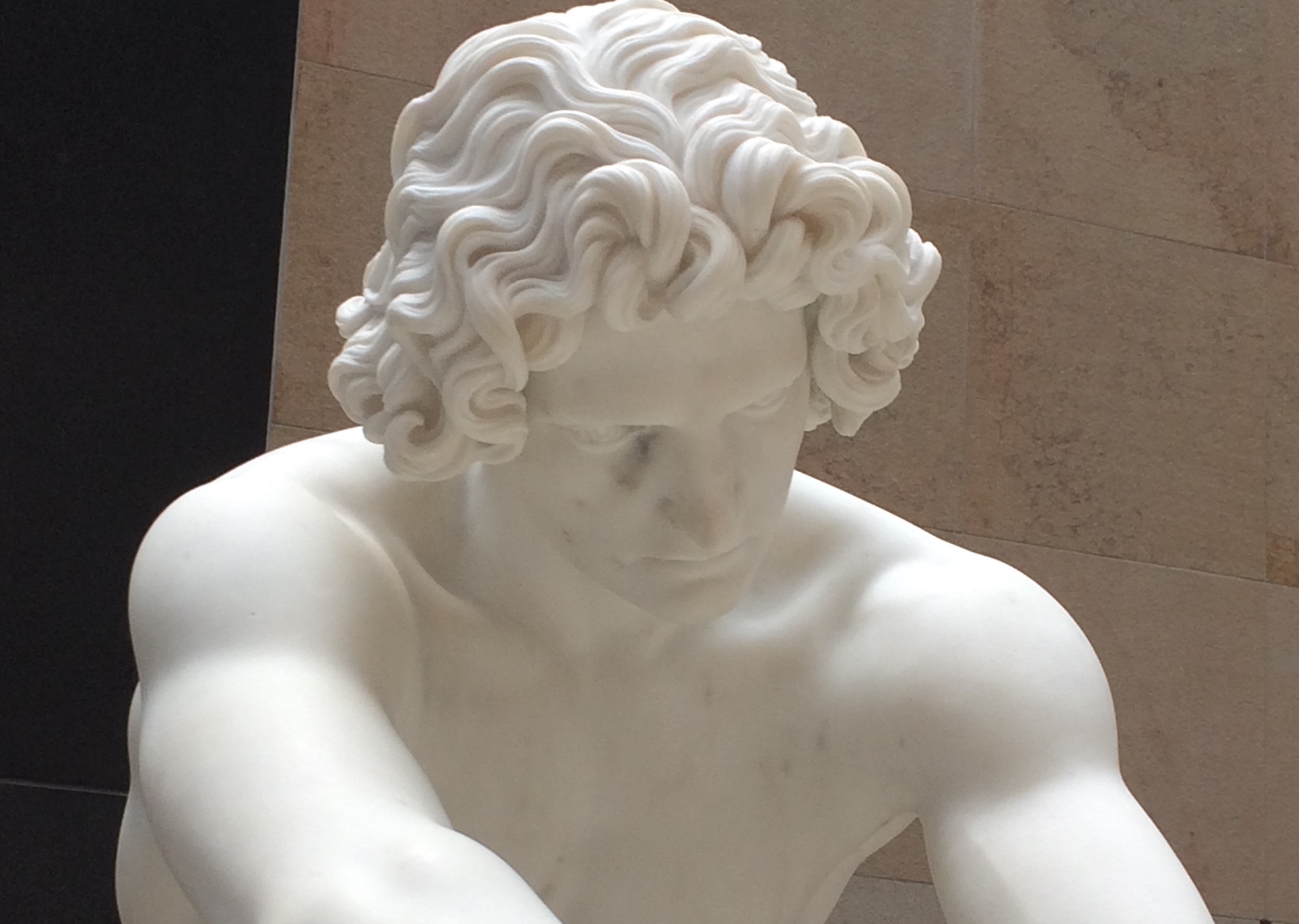 For those of us who are quarantined on our own, community and time acquire new meanings and varied applications. In an excerpt from his book On Nostalgia (Coach House Books, 2020), David Berry writes that “Nostalgia can only be lived in or abandoned: it is yearning distilled to its essence, yearning not really for its own sake but because there is nothing else to be done. Maybe it resisted definition for so long because naming it doesn’t help resolve anything anyway.” Thoughts of the past, of Portugal, of more recent trips and journeys, inspire an assortment of images, bold and pastel, hazy and in sharp focus. Amidst drawing, reading, teaching, there has also occurred the right kind of mental space for a re-exploration of Susan Sontag’s landmark 1977 collection of essays On Photography (Picador, 2001). The writer’s words ring particularly true in light of the many video items on offer throughout the pandemic era:

Although there is a sense in which the camera does indeed capture reality, not just interpret it, photographs are as much an interpretation of the world as paintings and drawings are. Those occasions when the taking of photographs is relatively undiscriminating, promiscuous, or self-effacing do not lessen the didacticism of the whole enterprise. This very passivity — and ubiquity — of the photographic record is photography’s “message,” its aggression.

Such broadcasts are effective at giving a sense, however ephemeral, of memory of how, and what we remember of which performances, and why. How did X orchestra handled that particular passage, of who’s looking at the conductor and how often (and when, and sometimes perhaps why), of unconscious (and sometimes not visible to the assembled audience) forms of body language which may indicate sound and fury, or indeed, nothing at all. The Metropolitan Opera’s Live In HD series, originally intended for cinema transmission alone, has taken on a second life online, a life many of us feel should’ve been there all along as an actual first iteration in the way Wiener Staatsoper, Moscow Conservatory, and the many offerings via Arte and Mezzo have done, and continue to do. Does the disposition to digital erase the supposed “grandiosity” of the operatic experience? I suppose it depends on how (and if) one perceives the experience of opera-going as such in the first place. There is an understandable element of nostalgia at play for certain audiences who attend live performances, a nostalgia that leaks into filming and demands pure (so-called) documentation, rather than creative interpretation.

Playing on such nostalgia is useful for marketing (especially right now), but tries (in vain) to supercede the reality of theatre as living, breathing art form, giving obvious weight to those who say a creative experience can’t be replicated online. Hopefully governments in North America will sit up and take notice, and stop handing out grants based on digital appeal alone; never has the understanding of art as a necessary part of every day been more divided than in the pandemic era, with its patchwork of funding models and ensemble support. Perhaps now is the time, more than ever, for North American artists to stand, sing, act, move, dance in the streets, more boldly than ever, not to play on a collective saudade but to blaze, fiercely, in the windows of all, providing a new and better view.

Der Rosenkavalier in Munich: “We Can Be Alive And Find Ourselves in These Roles”