Essay: “You’re Being Too Sensitive”

Earlier this week Associated Press released a year-end summation of sorts relating to the story they broke earlier this year around allegations of sexual misconduct by Placido Domingo. Reading it, I found myself sad but also frustrated – it’s depressing to see so much consistent pushback against the women who spoke out, and equally sad (if unsurprising) to note the consistent attempts to discredit them. Such actions highlight the many social and cultural divisions that must be overcome if we, as an industry are to evolve.

I wrote in a recent post about walls, and how, despite a lot of big talk on the theoretical beauty of their vanishing, the reality is that we tend to like them – what they keep in but also what they perceivably keep out. Nowhere is this more true than in the chasms that have been revealed within the classical world related to the #MeToo movement. The issue is, to my mind, larger than whether or not these women should have spoken out (though I think it’s good they did); more broadly, it points to attitudes held by many in and around the industry which dictates that women and men are “a certain way”. There’s a lot of gender-slotting into little boxes of behaviour, ones that adhere to very old-fashioned and outdated clichés. These clichés around what’s “normal” for a gender feed into a reality relating directly to power, one that can hire and fire, favor and dismiss. Some may well argue (and have, vociferously) that women should use their so-called “feminine wiles” in an industry that is so tough to break into. Why shouldn’t a woman use the gifts God gave her? Aren’t all men interested in “that sort of thing” from a woman? Such comments bring to mind an exchange I noted on social media earlier this year, in which, over the course of a lengthy thread relating to the Domingo case, one individual reiterated the belief that young women today are “too sensitive” and they should “toughen up” and “in my day we weren’t so bothered by flirtatious men.” This attitude is reflected in a quote soprano Laura Flanigan gave to AP, that “(t)he climate has always been ‘don’t tell and suck it up and deal with it.” 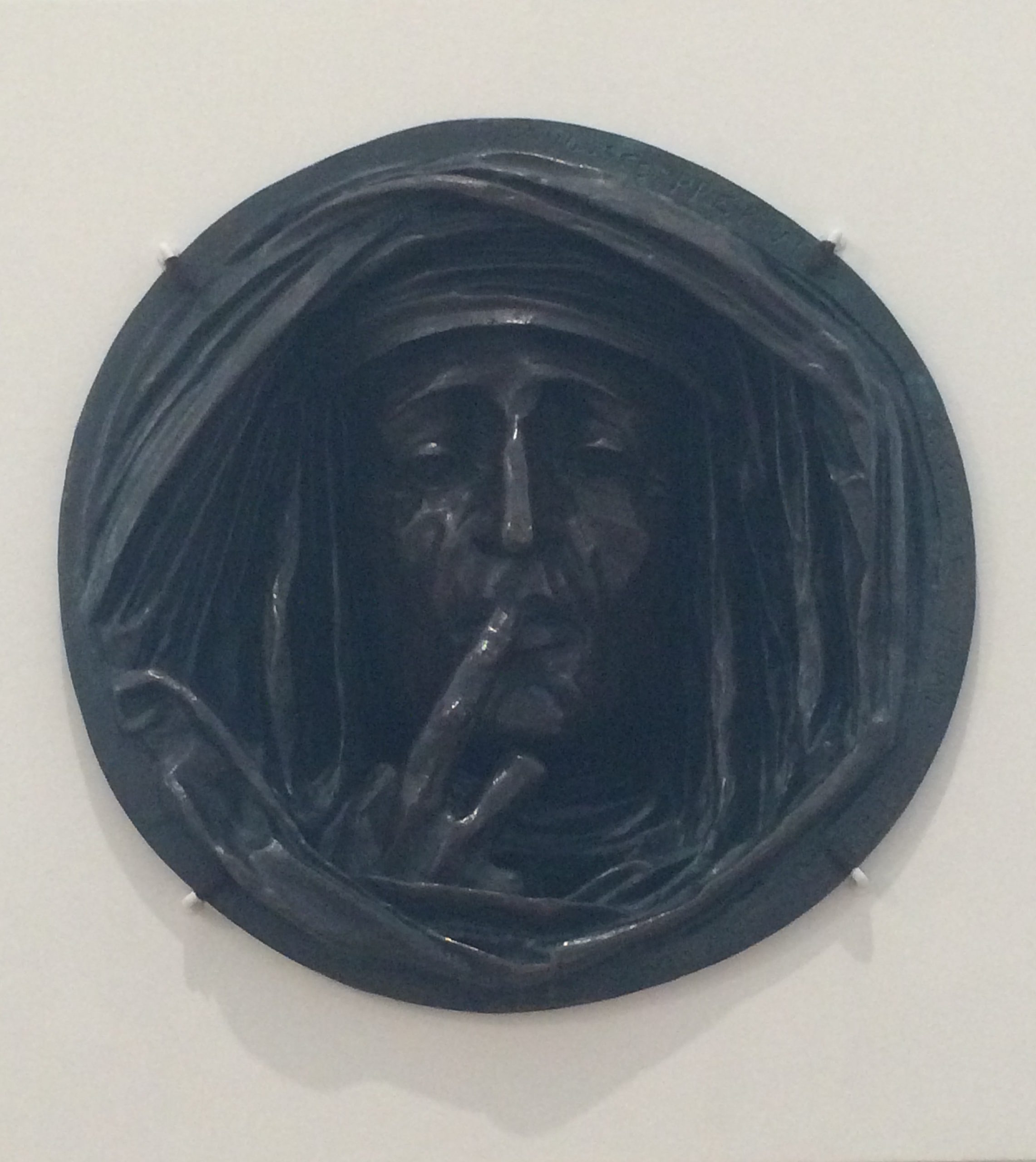 This past year I’ve frequently thought back to a memory from childhood, of a friend and I hiding in closets as tweens whenever a flirty male friend of my mother’s would visit; this man, married and with three children, would insist on kissing us at every visit. We made a kind of game of it, daring him to find us, as my mother emitted what I can only surmise now must have been vaguely embarrassed chuckles as she clattered away in the kitchen. We would mock-shriek when closet doors opened and there he would be, this man in a three-piece suit, grinning at us and then puckering up and leaning forward, as we would duck and attempt to run. Usually we weren’t successful and would have to endure cycles of his lips repeatedly on our faces and occasionally lips. We were taught to “endure” it (and that if we weren’t enjoying it, there must be something wrong with us), but in truth, neither my friend nor I found any of it fun or playful; we found this man exasperating, irritating, his attentions humiliating and annoying. We giggled in the darkness of the closet not out of good, spirits, but out of nervousness, not knowing what else, as young girls, we should do.

My mother, being pre-boomer, belonged to an era where women were indeed taught that such attentions were “normal male behaviour” and, as I grew older, I was told, in either word or gesture, that I should “use what God gave” me. My mother was part of a generation that proclaimed women should “toughen up” (especially when it came to male behaviour) and “not take everything so seriously” (I still remember her saying that, almost up to her death in 2015), and, should any hint of complaint be uttered, it was my fault for being “too sensitive.” If I had a dime for every time my mother accused me of this in the negative sense, I would indeed be wealthy. Hers was an attitude that would shape large swaths of my life, my choices, and my perceptions around power, and men, and what validation is and how it supposedly works. I wasn’t entirely surprised when, years later telling her about my own assault, I was met with a dismissive attitude and accusations that, having drank too much and worn a low-cut a dress, I had somehow “asked” for it. Every time I see a woman vehemently defending terrible male behaviour, I think of hiding in that closet, choosing that dress, my mother, and her words.

Such moments from the past year, together with the AP round-up, also make me think back to a frank discussion I had with soprano Lisette Oropesa this past autumn. Much has been made about using so-called “womanly power” and how, in the classical world, this has and continues to be a key tool to getting ahead, and staying ahead. As Oropesa put it:

I’ve seen successful women behave and talk and dress and flirt a certain way and I think to myself, why? At this point, it shouldn’t be necessary… it’s such a cheap trick. It’s low-hanging fruit! Any gorgeous woman can use it to advantage – and how many women can have careers doing that? Sure it has power, but it’s *old* feminine power.

This attitude of, “if you got it, flaunt it” makes as many gigantic assumptions as its closest sibling, “she had a choice“; first of all, why should you? To quote the song, is that all there is? Secondly, what if one doesn’t have “it”? Through choice or not, what if the “it” simply isn’t there? In many senses the lack of a societally defined “it” makes a woman, no matter how talented, entirely invisible. In an ideal world, talent would win out (and sometimes it does, but not often), but to quote my post about walls, human foibles make such idealism incredibly difficult to manifest, let alone enact. Changing attitudes in the industry means changing the way classical is both thought of, and marketed,  and yes, run – which means changing the way both audiences and artists view a very specific list of things that require redefinition, starting squarely with what “it” is and why it should so matter in 2020 – or be booted out the proverbial door along with last century ideas. 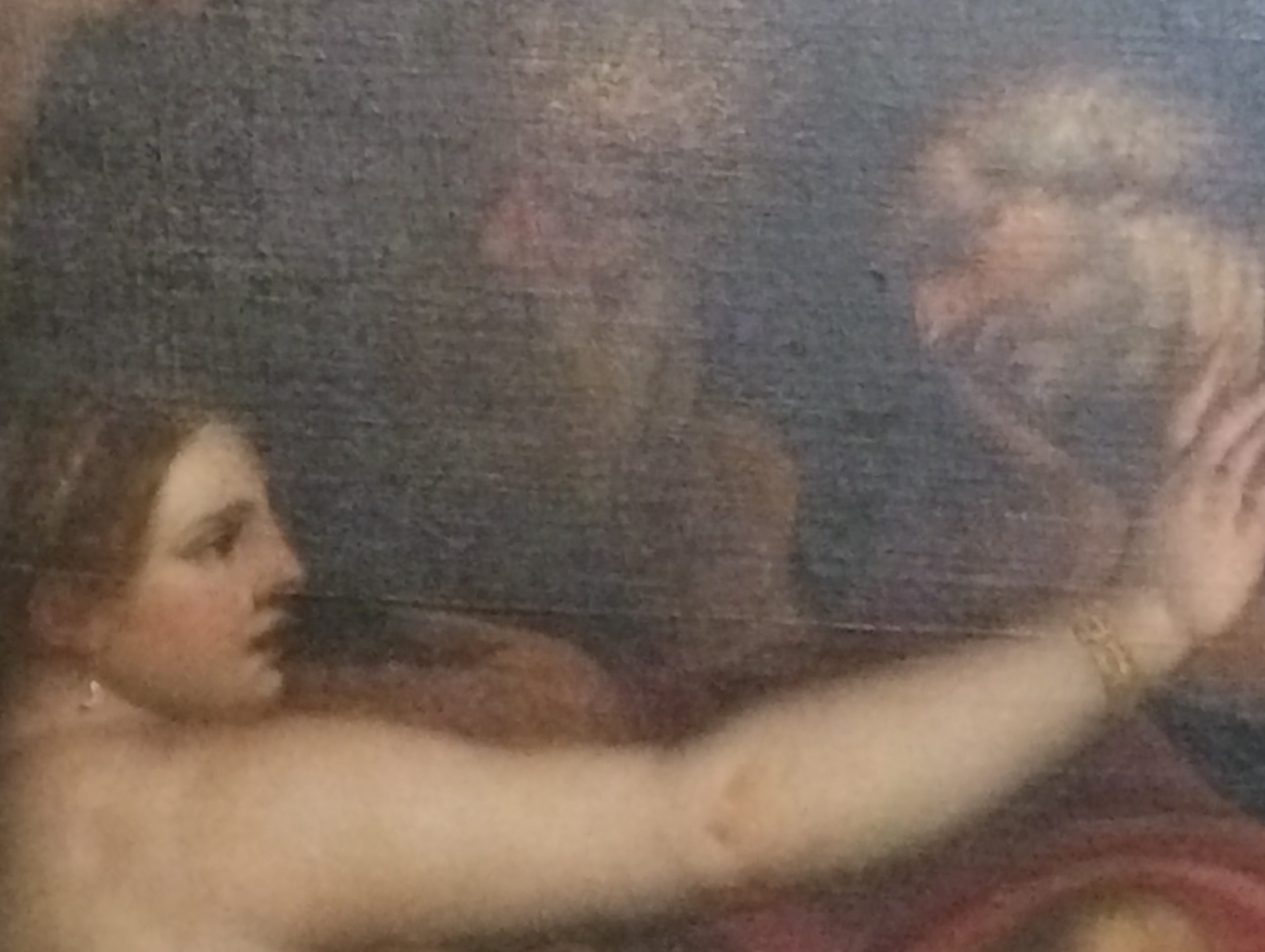 A woman coming into an industry where she can expect to be objectified (and used) sexually is de rigueur for success, where that notion of utilitarianism as it relates to the interweaving threads of success, sex, power, and identity, has no actual power– or choice. To pretend otherwise is a very convenient illusion; what a wonderful trick of the prevailing powers, to have so many, young and old, mouthing such nonsense with such wide-eyed seriousness, for so long. Secondly, there is no notion of “two consenting adults” when the playing field is not level to begin with; who’s doing the hiring and firing? Who’s propagating a continuing (outdated) framework of what “it” is? Who’s making the decisions? Why? To quote Lisette Oropesa again, “There’s this attitude of, “I went to the theater and didn’t get a boner, so it’s crap!”” A woman fortunate enough to have “it” and using “it” within a world run by those holding on to their outmoded frames is not levelling the playing field, it’s bending over to make the world seem normal. To pretend otherwise is to engage in the most intense form of cognitive dissonance, and such a willful misperception would be amusing were it not so common.

Women who speak out against this system do not deserve to be branded as harpies, or to be called “over-sensitive.” They don’t deserve to be held up as examples of “typical American overreaction” or some “Westernized” anti-male brigade. If you hate the term “woke,” fine – use “evolution” in its place. Cultural difference is understandable but sharply contrasting ideas about the female experience reveals uncomfortable truths about which environments are willing to acknowledge alternative (and perhaps more equitable) realities, and which ones are fiercely determined to stay the same. 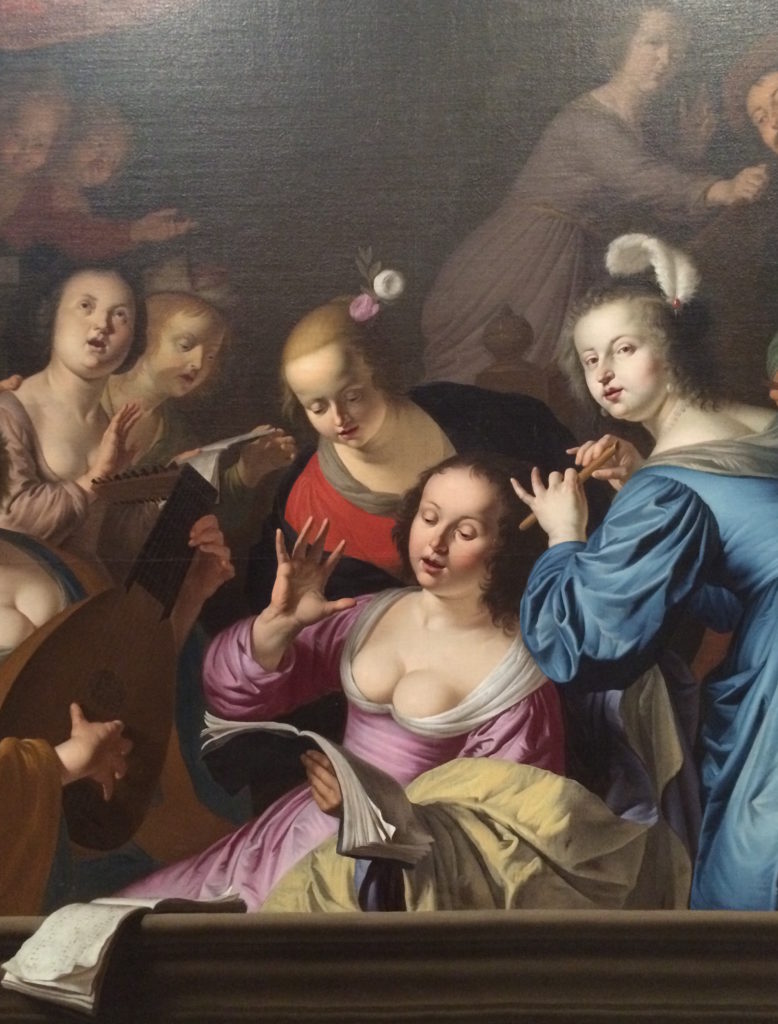 The intransigent adherence to so-called “tradition” in this sense (“men are like this; women are like this”), even as modern presentations and productions are simultaneously applauded, reveals a sad if unsurprisingly comfortable hypocrisy that gives a strange new meaning to the term “Old World”; I would ask such audience members to apply their same spirit of opennness to women who don’t fit the so-called “traditional” moulds of desirability, and indeed, to women who are willing to stand up and say clearly, “I don’t like this system, it’s crap, can we please make a change?” They aren’t sensitive; they’re direct. I would ask women who can’t understand such directness to kindly not use the very same brush for others’ portraits as they might use for their own; everyone requires different shading, details, application, and focus. There is no one-size-fits-all in any world, classical or otherwise. Your experience is not their experience; your time is not their time; your voice is not their voice – nor should it be. 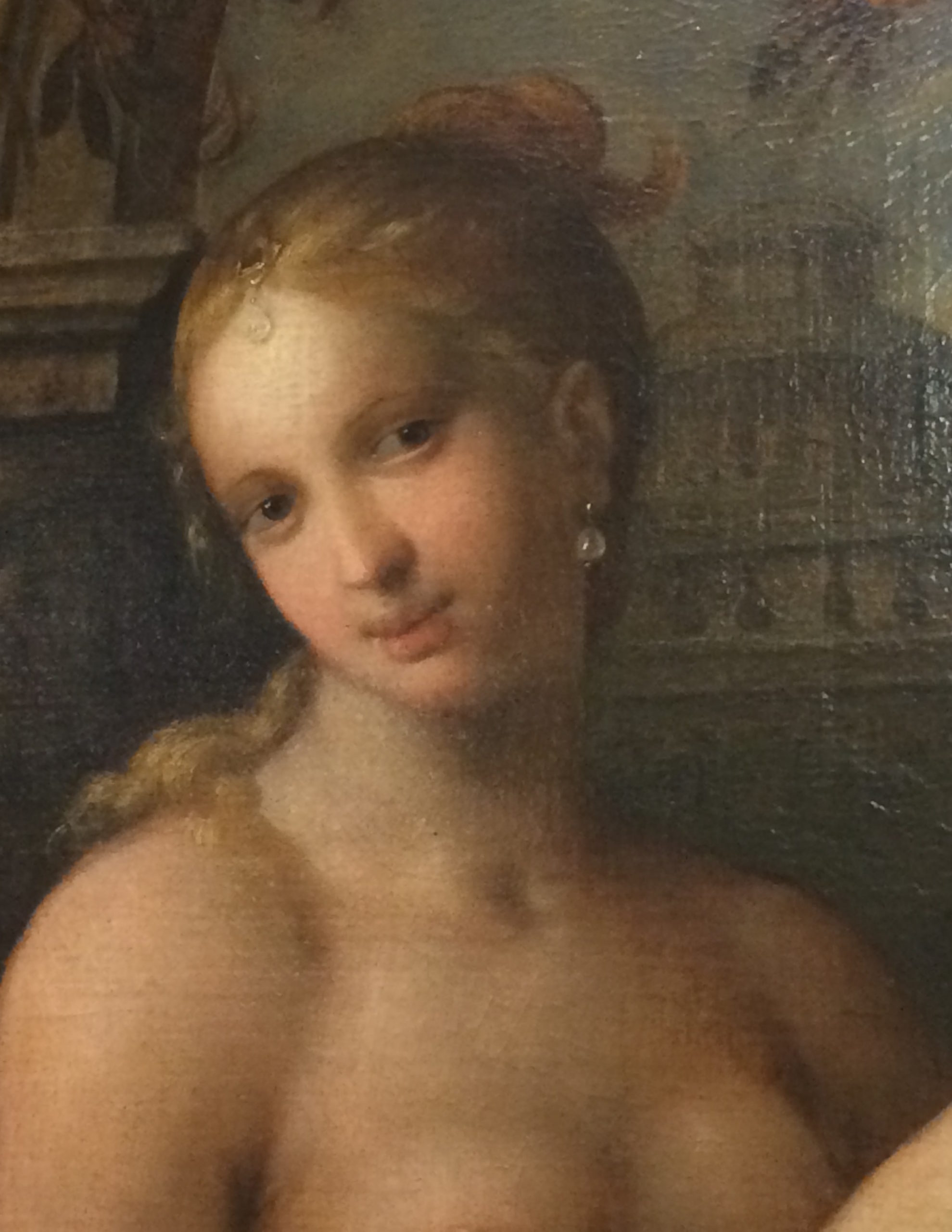 And so, as 2019 comes to a close, I want to believe there is a chance for evolution in the classical world. I want to believe there is a will to use ways and means heretofore unseen. I want to believe we can all do better. Whether or not we choose such an evolution is entirely up to us. We hate to admit loving our walls, and, more than that (and especially within the classical world), we hate to admit they exist at all. Let 2020 be the time we can at least see them, and if not take them down entirely, at least remove a few pieces here and there, to let the most strange, new, beautifully sensitive and wondrously strong flowers emerge.

Gerald Finley: “Lieder Is A Fountain of Artistic Joy”