Seeing The Nutcracker in Toronto is a special treat. Not only is there the wonder of James Kudelka’s sweeping choreography, Santo Loquasto’s beautiful, ornate design, and Tchaikovsky’s gorgeous, evocative score, the National Ballet of Canada’s yearly holiday production is also an opportunity to see people in formal attire.

“It’s really nice to see people dressed up,” noted my companion, “you don’t see it very often these days.”

There’s nothing wrong with being comfortable, of course, but lately it strikes me as if the dressing-down trend that defines so much of our attire indicates a certain… lackadaisical attitude socially, one reflected in a lack of effort extended  into relationships, education, basic curiosity: “Why should I initiate anything? Why do I need to bother with that person/idea/group? Why should I put myself in such a weird place? Why not just stay… comfortable?” The basic instinct toward comfort is understandable, in so far as the responsibilities of kids/jobs/mortgages/relationships/etc. can be difficult to balance at any given time, exhausting to maintain, and devastating upon crash. But the familiarity of comfort breeds the dangerous laziness of inertia, which so often leads to intransigence. A night out at the theatre can (and does) help combat this, in that its entails the effort of moving into a space many aren’t used to — but before you roll eyes, keep in mind it’s an effort that should be enjoyable, an effort reflecting grace, gratitude, gentility, and class, things sorely missing in the world.

This isn’t to say one needs become a full-time dandy like the ones photographer Rose Callahan documents so brilliantly in her work (impressive they may be), but simply to decry the lack of interest in formalism — in dressing up, and all it entails — in wider North American society. Attending the formal opening of The Nutcracker, and seeing mothers, fathers, grandparents, and children in formal attire was (as it is every year) a true treat, because it showed not only actual real effort on the part of patrons, it reflected a nice nod toward ritual, tradition, and yes, class. Dressing up isn’t so much about wiping one’s individuality out as it is underlining it in the most elegant/unique/fun possible way, and maybe even opening up your thinking in the most elegant/unique/fun possible way, too.

Dressing up is, of course, one’s own form of theatre, aiding and enhancing both the occasion and one’s enjoyment of it. Attired in suit-and-tie/dress/etc, one plays a part, perhaps even a better or truer version of one’s self, as Oscar Wilde might argue. The Irish writer wisely noted the relationship between appearance, masks, and human character, and it’s one I tend to keep in mind, particularly at openings, though the experience begins percolating far before the curtain rises. The very process of getting ready to go out is, for me, a kind of meditation, and its own form of theatre, I suppose. I recall an interview with the performance artist Leigh Bowery some years back, where he confessed that he and his friends would sometimes do themselves up, and not go out; the act in and of itself was satisfying, its own kind of theatre. Likewise, re-defining what formal for yourself, as so many tend to do this time of year with things like festive suits and inspired costumes, is equally exciting (and fun!), demonstrating a wonderful curiosity and joie de vivre. There’s not enough of either, and it’s encouraging to see those instincts being expressed in fashion choices, especially at this time of year. 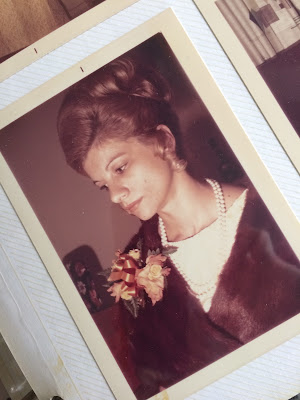 For many years, my dear mother used to decry the lack of dressy attire at various events we’d attend, namely the opera. This isn’t to say she didn’t enjoy Toronto-based company Against the Grain’s casual productions — she did, immensely (though she did smart casual when attending them, a tradition I tend to continue). AtG have done an amazingly smart job of mixing high art and casual approachability, and made opera a whole lot less scary for those completely new to its unique joys. But going to see opera in a fun pub is different than seeing it in a large house; the latter needn’t be scary, strange, and (horrors) uncomfortable; likewise with ballet. Going to The Nutcracker doesn’t require detailed knowledge of ETA Hoffman’s 1816 original work, or an in-depth interest in Tchaikovsky’s music, or even familiarity with the classic Baryshnikov performance.

Along with being a callback to her younger days, when zipping up a fancy dress and putting hair up and earrings on meant more than simply “getting dressed,” formal attire was for my mother (as it is for me) a way of giving back to the event artists: the musicians, performers, directors, and the designers. One look at the details of Santo Loquasto’s exquisite costumes and sets, for instance, and one is awed by the care, attention, and artistry required for such work. That giant golden egg! Those delicate flower-petalled skirts! The giant, waving arms of the festooned Christmas tree! The buttons! The tassels! Those crazy chickens! Then there’s the performers: Skylar Campbell‘s Peter is vibrantly youthful and spritely; Jillian Vanstone‘s Sugar Plum Fairy blends sharp technique and warm joy; Robert Stephen’s Uncle Nikolai is vibrant, passionate… dare I say sexy? (Surely, it is not a bad thing.) There’s the panoply of fantastical elements, too: the roller-skating bears, the dancing horse, the cancan-ing rats. Dressing up is more than a hat-tip; it’s a graceful bow to the mountain of creativity on the stage of the Four Seasons Centre. See if it you can. Dress up. You’ll love it.