I Get So Emotional, Baby 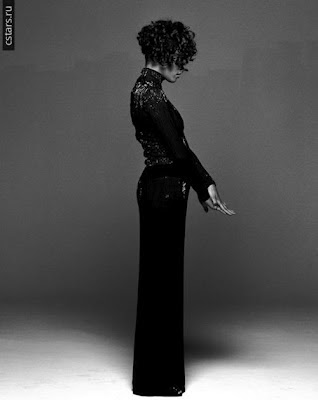 The news of Whitney Houston’s passing went around on Facebook like wildfire, probably mere moments after the first murmurs of her demise began circulating on Twitter. Whitney became famous before the advent of social media, but it seems as if her debut album was issued to every household in 1985. Tonight everyone’s sharing a memory of their younger selves: seeing one of her videos, dancing in their bedrooms, running to buy her record at the local mall. I’m pouring over my own memories too. Whitney was the first female pop star I outright adored.
At the time it wasn’t totally cool -at least in my super-Wonderbread neighborhood -to admit you liked Whitney’s music, so I’d covertly hide my cassette tapes in coat pockets and big bags. There weren’t too many twelve-year-old girls in the ‘burbs who loved opera, Abba, Johnny Cash and Whitney Houston with equal passion. I remember so many snowy days, sluggishly making my way to school, bright red wool cowl around my head, pointy-toed winter boots on my feet, sunglasses in place, making my way along the grey dull suburban streets, with Whitney sweetly singing through the headphones of my Sony Walkman: how will I know if he really loves me? how will I know? Whitney’s music inspired me to investigate gospel. Eventually the LPs of Mahalia Jackson, Etta James, and Aretha Franklin appeared next to the Duran Duran ones. Whitney Houston was my gateway drug to soul and Motown – and to brighter visions of a better, more exciting life, one where being loud, bold, brilliant, and female were rewarded and celebrated and encouraged. I’ve found the greatest love of all…
When 1987’s Whitney came out, I immediately gravitated to the dramatic stuff, with “So Emotional” becoming my mantra, though I had no one to sing it to except the fantasy boys in my head. But Whitney’s vocal urgency, her drama, her sense of excitement, and enjoyment, and sheer joy of singing, were and remain astonishing to listen to. To paraphrase the saucy title character from Bizet’s Carmen, “I’m singing for myself, and there’s no law against it!” Still, as Maura Johnston of The Village Voice notes, “Houston’s voice was criticized by some for being too much—too strong, too showy, an exemplar of the excess that epitomized pop music in the ’80s.” My mother used to crinkle her brow whenever she heard her music pumping out of my bedroom: “That isn’t singing -it’s shrieking!” Her cover of a beloved Dolly Parton classic grated, and the movie it came from, though a massive success, was horrendously bad, a soppy, maudlin embodiment of the gigantic music industry- machine she seemed to never quite fit in with. 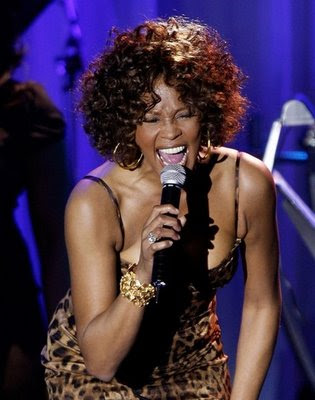 As the years passed, she became simultaneously less interested and more desperate to fit in to that world. It was painful to witness. Marriage, addiction, bizarre interviews, bad live dates, frightening photos – it was like a laundry list of public humiliation, made all the more horrifying because of Whitney’s refusal to never, ever play the role of the simpering, whimpering victim, even when she was clearly suffering. There were highs, lows, exposures, embarrassments, headaches, heartaches. It couldn’t have been easy trying to dim your light around a man clearly threatened by your success, or attempting to throw a determined monkey off your back amidst the snide smirks of a public who once worshipped you awaiting your next fall with claws and fangs exposed. I think few knew or understood the nasty nature of fame and the “industry” side of the music industry the way Whitney Houston did.
There have been many, many candidates for the throne of Ultimate Soul Diva. But might look it, but they’ll never be it. Whitney poured her whole life into that voice, sounding sweet one minute, steely the next; she was as confident with the saccharine balladry of “The Greatest Love,” as she was with the survivor sass of “It’s Not Right (But It’s Okay).” It would be too easy to assume she’d made some Faustian deal in order to have a voice like that, but she did have demons. Regardless of who put them there or why they stayed is no matter. Her demons were hers. Right up to the end she seemed determined to remind us of that. We were blessed to have had her voice in our midst, serenading us through all of life’s moments big and small, leading us through the snowbanks and into a place less dull, more bright, more beautiful and big and exciting, where being female didn’t mean being soft, quiet, meek or comforting. Dear Whitney, make you shake the heavens the way you shook this earth. Make thee a joyous noise.
Aretha Franklinfemale singergateway druggospelMahalia JacksonMotownRIPsingervocalvocalistWhitneyWhitney Houston