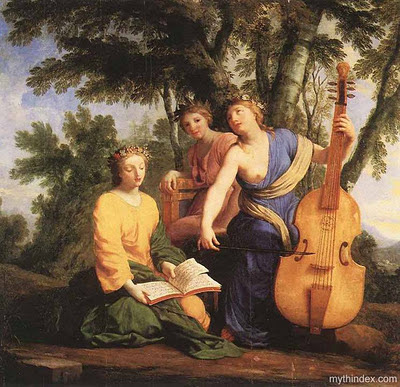 After news of a violent dictator’s violent demise, the disunity of the European Union, the leaving of one troubled country (and trust issues with another), Jobs, more jobs, a GOP horse race, moaning millionaires, occupiers everywhere, and some very awful flooding, my writer’s block feels less important than ever – but it’s burning more keenly. My creative panic is running rampant, worried it’s losing its sacred pride of place in my life.
WRITE SOMETHING!, it shrieks, late at night.
“I’m tired,” I yawn.
WRITE NOW!, it shrieks upon waking.
“I have to go to work,” I say, making a sympathetic face.
WHAT ABOUT NOW?!, it shouts in the evenings.
“Walk the dog/do the laundry/email A through M about N through Z.”
Oh, and watch the news.
It’s a wonder the creative panic -I think it was once called a Muse -sticks around at all.
I often feel like my journalistic self is pushing my creative self out of the way, the big-shouldered bully pushing down the black-caped wimp in the schoolyard. But every once in a while, that caped figure gets back up again and waves a magic wand.
Lasntight, Seamus Heaney was on PBS NewsHour, a program I watch with fervent devotion and intense admiration. It was excellent, if jarring, to see Jeffrey Brown interviewing one of my favorite poets after the newscast’s featuring reports on Libya, Pakistan, Iraq, Turkey, and much more. NewsHour’s website features Heaney reading his poem, ‘Death Of A Naturalist’, which is ridiculously beautiful and worth a watch.

All the year the flax-dam festered in the heart
Of the townland; green and heavy headed
Flax had rotted there, weighted down by huge sods.
Daily it sweltered in the punishing sun.
Bubbles gargled delicately, bluebottles
Wove a strong gauze of sound around the smell.
There were dragon-flies, spotted butterflies,
But best of all was the warm thick slobber
Of frogspawn that grew like clotted water
In the shade of the banks. Here, every spring
I would fill jampots full of the jellied
Specks to range on the window-sills at home,
On shelves at school, and wait and watch until
The fattening dots burst into nimble-
Swimming tadpoles. Miss Walls would tell us how
The daddy frog was called a bullfrog
And how he croaked and how the mammy frog
Laid hundreds of little eggs and this was
Frogspawn. You could tell the weather by frogs too
For they were yellow in the sun and brown
In rain.

Then one hot day when fields were rank
With cowdung in the grass the angry frogs
Invaded the flax-dam; I ducked through hedges
To a coarse croaking that I had not heard
Before. The air was thick with a bass chorus.
Right down the dam gross-bellied frogs were cocked
On sods; their loose necks pulsed like snails. Some hopped:
The slap and plop were obscene threats. Some sat
Poised like mud grenades, their blunt heads farting.
I sickened, turned, and ran. The great slime kings
Were gathered there for vengeance and I knew
That if I dipped my hand the spawn would clutch it.

What a treat to see this celebrated writer speak so candidly about his innate fear over suffering a stroke in 2006, and what a strange blessing to hear him share his initial feelings of doubt when embarking on a new piece work:

…when you’re beginning, you’re not sure. I mean, is this a poem? Or is it just a shot at a poem? Or is it kind of a dead thing? But when it comes alive in a way to feel that’s your own utterance, then I think you’re in business. 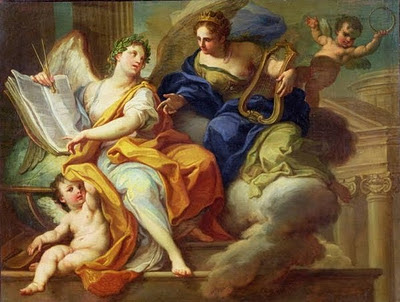 More often than not, it’s been poetry that’s brought me back to that uniquely personal “utterance” of late. Daily news does make a glorious, chaotic clang that is its own sexy siren song, but it doesn’t hold a candle to the more quiet meditations of poetry. That shrieking creative panic who troubles me morning, noon, and night seems like little more than an ignored muse who toes I keep inadvertently stepping on.

Perhaps I’ll let the chorus of Heaney’s marshy choir envelope the newsy noise that’s been covering up the gigantic, five-borough-shaped hole in my heart. Creation is messy business indeed, but one has to be clutched by the wordy spawn sooner or later, or, more accurately, take a ride on the back of the Leviathan that sloshes its tail through the swampy waters of my daily life. To quote another poet, the readiness is all. Hang on. Eyes wide open. Pen ready.