One of my strongest childhood memories involves being assigned to draw of a truism of life. The teacher was seeking a visual representation of folkoric wisdom that might illustrate our understanding of Something Really Important. I chose “Too Many Cooks Spoil The Broth.” It may have been a tip-off to my future passion for the culinary arts – or perhaps my impatience with throwing too many things in one small space. 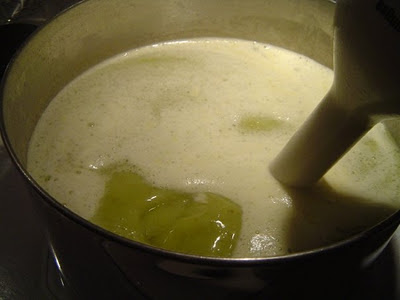 I drew a long line of chefs standing across a gleaming counter, a large, bubbling soup pot placed in the very middle with orange flames tickling its bottom. Each chef, with tall white hats pointing like spears, had large, goggly eyes and anxious “O”-shaped mouths. The further the chefs from the soup pot, the longer their spoons. The chefs at each end had absurdly long, spindly spoons, with handles like spider’s legs. In another panel, I drew a lady with fat round pearls and grey curls making a face, red tongue hanging over a green pallor, as she, spoon in hand, samples the chefs’ offerings. Too Many Chefs indeed. I got an A.
I thought of this drawing, along with the first time I ever tried curry, when I attended a concert recently. The second experience happened at the home of Indian friends of my family’s. Plied with naan and dahl, I initially kicked out at the strong tastes and colors, my eight year old palate not accustomed to the blend of spices or how to properly handle the spiky shock of chili on the tongue. Conversion to being a curry devotee was gradual, its progression running parallel to my curiosity and experience of Life Itself. Taken together, these two experiences, of drawings and preliminary taste tests, are the perfect metaphor for a concert I recently attended one rainy, warm night in Toronto. Titled “Andalusia To Toronto“, the show was the season-opener at Toronto’s Koerner Hall, a space built right into the creaky old Royal Conservatory building. No food, but lots of mixed stuff for the ear, some with too many chefs, some with spicing just right. 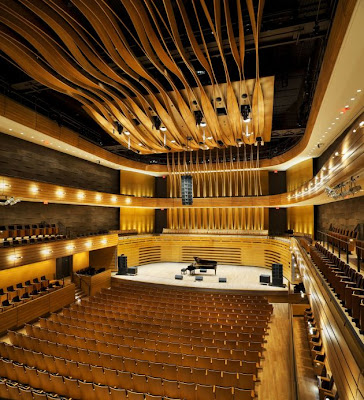 Koerner Hall is a beautiful, acoustically perfect venue that seamlessly blends old traditions with new visions. That old/new integration might well describe the show, curated by musician David Buchbinder, the Canadian musician behind the Odessa/Havana music project and, more recently, Diasporic Genius. Buchbinder is an active presence in the Toronto music scene, having founded an assortment of busy, popular jazz ensembles in the last two decades, including the celebrated Flying Bulgar Klezmer Band in 1988. He was joined by a myriad of musical talents, including Cuban-Canadian pianist Hilario Duran, Palestinian oud playing and vocalist Bassam Bishara, and Syrian-American violinist Fathi al Jarrah. The nine-man ensemble – violinists, percussionists, a reed/flute player, all told -produced a gloriously uplifting sound that drew upon Jewish, Arab, and Spanish musical traditions, performing music several centuries old and updating much of it with a modern, urban sensitivity.
It is unquestionably a matter of personal taste as to whether or not you jive with Buchbinder’s mad drive to integrate sounds from diverse (and distinct) traditions into a kind of pan-cultural sonic hybrid. I’ve never been entirely convinced melding Ashkenaz shtetl sounds with Cuban jazz works – not all minor chords are created equal to my ears -but that’s also because I have a penchant for enjoying and celebrating sounds as distinct entities. I don’t like too many chefs around my broth -but I do enjoy a good curry. And sometimes the blends Buchbinder oversaw were very beautiful. His skill as an arranger and bandleader can’t be discounted. The concert’s first piece, “Billadhi Askara (The One Who Intoxicates)”, a beautiful Muwashahat that offered a solemn start but soon shimmied into a luscious, lilting piece that recalled the best of Hossam Ramzy and His Egyptian Orchestra. ‘La Mujer de Terah (The Wife Of Terah)”, a Sephardic folk song, featured Israeli-Yemeni vocalist Michal Cohen, who, with her clear strong voice and perfectly-pitched high tones, cast a speel across the Hall as she sang of a woman “roaming on the fields and in the vineyards” and giving birth to “the servant of the blessed God” in a cave. 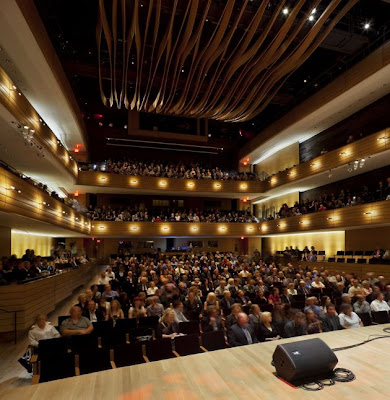 That’s not to say all the pieces were from a religious tradition. In fact, most of what was presented at “Andalusia To Toronto” were creative adaptions and re-workings of traditional folk pieces. Hilario Duran re-arranged two of the pieces featured, including Sephardic folk songs “Landarico” and “Conja (The Shell)”, and Buchbinder himself providing several adaptations and original compositions. It’s obvious he wants to demonstrate connections between cultures of the past, and to show how those connections can instruct us in the present, and possibly future. But some portions were lengthy and felt far too didactic. “Cadiz”, an original composition, was sonically frustrating. It sounded like a highly rhythmic effort at fitting square pegs into round holes, its “broth” a muddy mix that made appreciation of its influences damn near impossible. “Next One Rising” fared somewhat better, with its influences more fluidly integrated between instruments, but there remained a strange whiff of didacticism mixed with over-exuberant creativity. Too many chefs? Or too much spice? Either way, not my favorite dishes.
Buchbinder’s curious curry-paella-tagine mix did, however, offer a good metaphor of the Hall’s programming choices. Buchbinder’s choice of showcasing the sounds of Andalusia was an ideal symbol of the sheer breadth of vision at work here. Yes, the Conservatory Orchestra have dates (November 25th, February 17th, and April 13th), and there are other classical performers featured as part of the season; the lineup includes classical artists Louis Lortie, Angela Hewitt, and Emanuel Ax.
But Koerner Hall doesn’t stand solely on its classical music laurels. I was witness to the closing concert of Hugh Masekela’s last tour there in November of last year. And in 2012, the Hall will feature yet more great international artists: gospel great Mavis Staples in January, Mexican chanteuse Lila Downs in February, Benin-born singer Angelique Kidjjo in March, and German cabaret performer Ute Lemper in April. This is the kind of delicious curry I can get behind. Too many chefs? Not at Koerner. Their programming is simple: eat what you can, draw while you wait, and take the rest home in a doggy bag. You can’t ask for much more than that.
Koerner Hall photos courtesy of KPMB Architects.
AndalusiaArabcurryDavid BuchbinderdrawingHilario DuranHossam RamzyKoerner HallpaellaPalestineRoyal ConservatorySephardictaginetoo many chefs