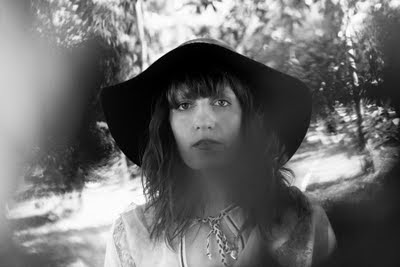 Photography has always been a great love of mine. I stood on O’Connell Street bridge years ago, with friends holding each ankle,trying to capture a rapidly-setting smudge of sun over the spires of a dull, charcoal-sketched Dublin. I loved walking around with my old SLR Minolta snapping bits of graffiti, odd sights, small moments and cherished ephemera.

The camera was put away at music gigs. The dance of sound, motion, and drama made that beloved piece of equipment feel like a demanding, distracting, high-maintenance lover I didn’t want to deal with. Even with the advent of digital photography, my non-photography stance at concerts remained resolute. I’m just not one of those people who pulls out the camera (or phone) to snap away when a favorite performer takes to the stage – I prefer to absorb the magic of the moment directly, taking a mental photo of that time, not just sights but smells, sounds, the pressing of excitable people and the slow-fast shuffle of feet.
Aaron Richter, however, is another breed. An accomplished music and fashion photographer as well as the art director for music magazine Self-Titled, his work is at once universal and yet very intimate and personal. It has an immediacy and vibrancy that points to a deep appreciation of both music and the modern, urban culture from whence it springs. Aaron’s work is being showcased at the W Hotel Times Square now through August 12th.
I had the privilege of exchanging ideas about music and photography -and the strong connections therein -with Aaron. His answers are sure to delight both photo and music enthusiasts.
How did you first get interested in photography?
I first started taking photos as a kid, doing B&W stuff in darkrooms, and, from probably senior year of high school till about two and a half years ago (I’m 27 now), I didn’t really take photos at all. I just sorta stopped for some reason and started focusing on being a writer instead. I moved to New York after college to be a writer and editor for magazines, and that’s what I did for about three years.
I started a magazine called MusicMusicMusic with friends and it was real cool. We only did one issue. But the model Erin Wasson was dancing to LCD Soundsystem on our cover in a photo shot by Kenneth Cappello. I also worked full time at a magazine called GIANT that had an incredible art department: iconic creative and art directors and amazing photographers—both well-established (like Ellen Von Unwerth) and up-and-coming (like Ruvan, Miko Lim and Cameron Krone)—shooting for us. I fell in love with that part of the job, and after I got laid off, as everyone working in magazines eventually does, I spent my severance on a camera and have been taking pictures ever since.

How does your work at Self-Titled influence your visual output? 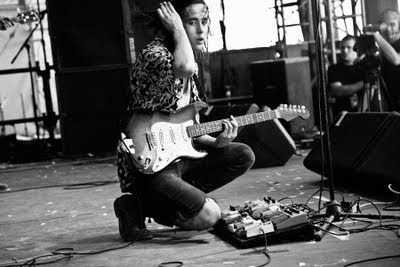 Since I was young I’ve always sorta thought musicians were the coolest people in the world. And I think a lot of what gets lost in the over-blogged coverage of music these days is any sense of the artists behind the music being legitimately cool anymore—at least a sense of cool that’s actually captured and conveyed through the coverage, if that makes sense.

We know so much about musicians now because there’s more and more demand for more content and more interviews and more analysis of the music, so there’s less mystery, or maybe less intrigue, which makes it seem like you know all your favorite musicians all too well. Imagine if Kurt Cobain had to give a million blog interviews every week and had a Twitter account? We’d have probably all thought he was just a total dickhead, albeit one who wrote incredible songs.
So a lot of what I try to do with Self-Titled is present musicians in a manner that takes back that sort of cool exclusivity, unattainable yet aspirational—this very unarguable, visceral and immediate visual sense of “Wow, fuck! that’s cool!” Whether we achieve that from issue to issue, I dunno (it’s tough). But as far as my photography is concerned, that desire to make musicians look cool (whatever that means might change from band to band) is always my top concern. To a large extent, I miss that element of music, so I’ve take it as my job, both as an art director and a photographer, to bring it back as much as possible.

Who are you favorite photographers?

How much is a relationship with your subjects important to you? I especially like your shots of Bootsy Collins & Kareem Abdul Jabbar at Bonnaroo.

Every photographer will tell you this is one of the most important elements to a good shoot. It just makes sense. If a subject feels comfortable around you, your photos will be better. My Bonnaroo photos are a weird example here. Most of the work we did in Tennessee for the festival was done very quickly and within a five-minute block of time while an artist was en route to another obligation or about to head onstage. Getting subjects comfortable was something that had to happen almost instantaneously. 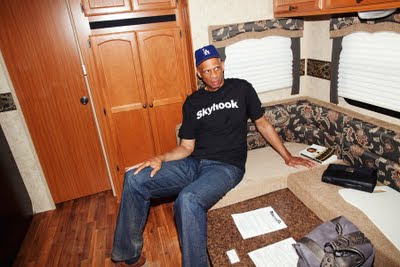 You mention Bootsy Collins and Kareem Abdul-Jabaar. Both were instances in which I really didn’t get a chance to develop any sort of relationship with the subjects at all. Bootsy was great because we met up and he was immediately just a total ham for the camera. Kareem was tough. He’s notoriously a tough subject. He really didn’t even acknowledge me at all while I was shooting. And I sort of felt like a paparazzi stealing photos that weren’t mine. I actually connected with him pretty well only after we stopped shooting. I noticed he was carrying a book about chess and asked him if he played, and he loosened up considerably once he was able to start talking about something he loves.
As far as the rest of my Bonnaroo photos are concerned, two of my favorite series of images are with Smith Westerns and Alexis from Sleigh Bells. The guys in Smith Westerns were very welcoming to me coming into their space and hanging out with them while they got ready to play live, and they let me come up on the stage during their set to shoot. They’re very comfortable in front of the camera and are generally just sort of adorable. Alexis from Sleigh Bells I’ve known for about two years.
I shot Sleigh Bells’ first press photos but haven’t really seen either Alexis or Derek from the band since then, though we’ve kept in touch. At Bonnaroo, meeting up was sort of like a little reunion and I got to spend a longer bit of time (maybe 30 minutes) with her backstage. There was no need for any, “Hi. Nice to meet you. My name is Aaron. This is what I’d like to do…” and we were kind of just able to casually catch up, with me every once in a while taking a photo, before I had to head out for my next photo obligation that night.

What do you think of the resurgence of interest in celluloid photography? 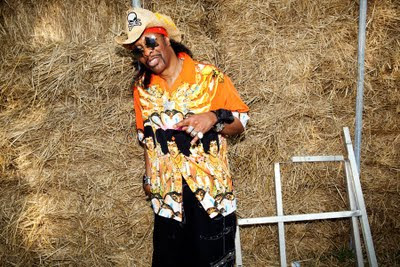 It’s great that people love shooting on film. Whatever you feel most comfortable with taking photos is awesome. I shoot pretty much entirely digital–probably 90 percent. And I prefer it.

Film is fun, and not having the back of a camera to look at to check to see if the photos are turning out is an incredibly liberating limitation that does wonders for enhancing the mood of a shoot. But with film, I usually prefer point-and-shoot, and in general, I tend to concentrate too much on and get obsessed with imperfections in the resulting photos to let myself be OK with an out-of-focus or weirdly lit photo the way a photographer like Cass Bird can. One of my friends, Bryan Sheffield, has made the shift to shooting film almost exclusively, and his portfolio has just exploded with incredible work since then.

Another photographer I hire for work in self-titled is Caroline Mort, who shoots a very unstudied amateurish style of photography, quite often with disposables, that has such incredible heart and emotion to it. Pretty much every issue, my favorite photo is one of her shots. Again, I’ve always felt that film, especially the way I’ve been able to approach it since my darkroom days and compared to shooting whatever-mega-megapixels of a digital camera, is somewhat of an imprecise medium, and there’s this awesome charm to a photographer being OK with and having confidence in an image’s imperfections. Cass Bird is probably the best at this. Her Urban Outfitters catalogs lately and her T magazine stories… incredible.

Who would you like to photograph that you haven’t yet? Why? 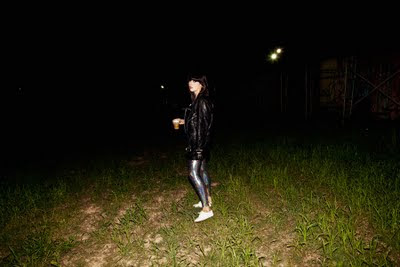 Elle Fanning. My goal for 2012 is to become best friends with her. So my thinking is that if I somehow get to photograph her, I can spark our long friendship and then we can hang out all the time and watch Netflix and eat pizza and stuff. That’s not weird, right?

Chris Owens, from the band Girls. He’s seems legitimately genuine and honest, and he’s easily one of the best songwriters we have. All I’m asking for is a week crashing on his couch to follow him around and take photos. Also, Jason Pierce of Spiritualized. The epitome of rock-and-roll cool to me and kind of totally a mystery.
All photographs © Aaron Richter.
Aaron RichterBonnarooBootsy CollinsEllen von UnwerthintimacyKurt CobainMinoltaphotographsphotographySelf-TitledSelf-Titled magazineSleigh BellsSmith Westerns

Rumbles In The Barnyard