On this, the anniversary of Martin Luther King’s march from Selma to Montgomery in 1965, this track, by the incredible Solomon Burke (who would’ve been 71 today), feels particularly apropos.

I listened to this track even as news of Libya, Japan, Haiti, Ivory Coast, Yemen, Bahrain, New Zealand, and so many more, ran (on mute) across my television, a whirlwind of flag-waving and fires, broken homes and watermarked family photos. As I watched those indescribable images, and guiltily bounced between them, email, status updates and moving arrangements, a series of thoughts presented themselves, especially one: I hate change. I mean, it’s good, but… it’s frightening. This thought coincided with another coughing jag, tied to a violent re-appearance of asthma, a condition I thought I was rid of long ago. My worries and resistance to change have taken on a suffocatingly physical form. I’m moving to a strange (if deeply beloved) city in a week’s time, and already I’m feeling pressed -for time, resource, air itself. The deep-seated worry has started about not having enough. But… enough for who? Within what context? Why am I worrying?

Grappling with freedom within the context of something new is exhilarating, if scary, both in a personal and political sense. Change isn’t comfortable, but it is a stepping stone. I had to consciously step away from the computer more than once today, turn off the telly and the radio, put the phone down and just remind myself to breathe, deeply, and frequently. And I slowly dissected what my lack of breathing-freedom really means. It’s true, we make mistakes. We’re guided by ego. We frequently accept the visible over the visionary. But the possibility for regeneration and renewal spring eternal, as befits this day, and, like the astrological sign it corresponds to, I keep ramming home the idea that change is possible, in our hearts, our heads, our homes, whether it’s the front door or the farthest corners of the globe. Or in our lungs. 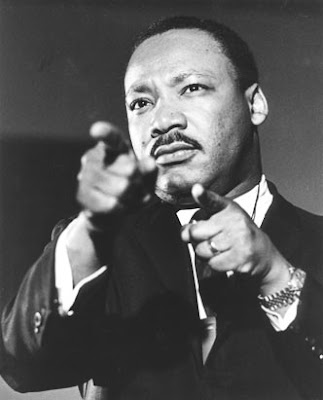 The Greek historian Thucydides wrote, “The secret of happiness is freedom. The secret of freedom is courage.” And it takes courage to choose freedom for one’s self in both physical and figurative senses, to not look back in anger, to be the change, to use the force. Martin Luther King understood this deeply. It’s what inspired him to lead over three thousand marchers from Selma, Montgomery, on a trek that was nearly 60 miles and took five days. That courage was contagious; by the time he reached Montgomery, marchers numbered 25,0000. Staring fear in the face, making space mentally and emotionally for your enemies, staring change in its giant question-mark-shaped face because it’s far, far better than the slit-eyed, greying alternative… this is courage, fueled on a steady diet of faith.

And it’s this faith that I see celebrated in art, in the graffiti on a Libyan city wall, in the pencil line of a sketch shared round the world, in the rhythm and melody of music – the breaths, the wavering, wailing voices, the pressed keys and reverberation of strings and amps and snares, reaching for something higher, where not just a few of the well-read, well-connected, well-fed and well-meaning are free but… everyone, everywhere, spreading a hope-full, joy-full melody of liberation, a Song of Solomon in motion, a confirmation of collaboration with not just ourselves and our little clubs, but even (or especially) those we disagree with, write off, roll our eyes at, avoid, don’t call back, backstab, ignore, or, of course, feel suffocated by. I’m staring my own fears in the face right now, figuring out how much freedom is worth, what I’ll sacrifice, and how much a reset on my perceptions is possible. It’s easy -maybe even trite -to believe faith might overcome doubt in the face of fear. 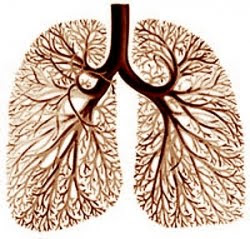 But, we are -all of us, whatever our circumstances -free to choose something else, something broader, something bigger and bolder. Something that doesn’t just smell, taste, feel or look like freedom, but actually is that very idea in and of itself, embodied within the walking, breathing, spitting, bleeding masses of flesh we are. We have a deal with the universe, a deal that clearly tells us, in every shape and form: love thine enemy. Judge not lest ye be judged. Let he who is without sin cast the first stone. To deny any of these an acknowledgment and indeed, a manifestation in our busy, over-stimulated lives, where we preach to the converted and sing loudly in our online choirs, builds a lonely prison of our own devising, brick by brick. It’s easy to judge others; it’s even easier to judge ourselves. None of us is free indeed.

But perhaps George Clinton and Parliament Funkadelic said it best, at least for those of us who see a very thin line between the sacred and the profane. Within the confident crooning of Solomon Burke and the incredible Blind Boys Of Alabama, there thrives the encouraging spirit of survival, awareness, and even growth. “None of us are free”, it’s true, but we’re working on it. Change comes slow… but it comes -if we choose it. I am, and I’m terrified, and I’m thrilled. And I’m walking on, and taking very deep, slow breaths.