After trying desperately -and unsuccessfully -to think up a suitable introduction for this blog, voila… The New York Times did it for me. 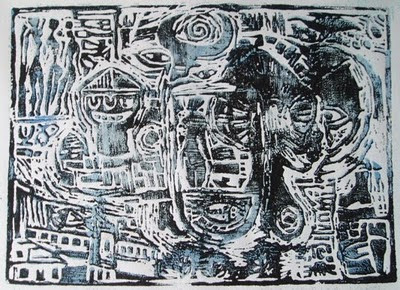 The grey lady of print featured an article relating to a highly contentious art exhibit in Zimbabwe. I had read the piece recently, but stupidly hadn’t bookmarked it for a second go-through. When I wanted to find it again, I looked, naturally, under the Arts section. And kept looking. And looking. A meticulous comb through the Art and Design section produced a frustrating zero. Forty minutes of fruitless searching came and went, and then, finally, I found it -in the Africa section. Because why would an Arts story that happens in Africa be classified as anything other than “African news“?
Teddy (TMS) Ruge is working to change this perception, one story at a time. Born in Uganda and educated in North Texas, Teddy’s impressive online presence, including his dedicated work with Project Diaspora and Villages in Action, has played a huge (dare I say life-changing) role in opening up my eyes to the complex realities surrounding trade, development, and the outmoded, dangerous perceptions of Africa as a gigantic, monolithic continent of pain, suffering, AIDS and poverty. 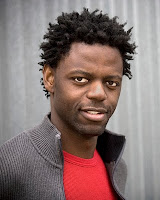 Along with running a photography and design business, Ruge has an indigenous farmers’ business in Masindi, Uganda, and also advises a women’s jewelry-making co-operative in Kampala. I never fail to be astonished and inspired by his activities, whether it’s blogging, tweeting, or even interacting and commenting on others’ posts. I’ve had the pleasure of exchanging ideas with Teddy and have always been compelled by the thoughtfulness of his responses. The ones below, on the role of the arts in development, are no exception.
But a confession of sorts is in order before getting down to business. This blog has taken a long time to produce, partly because I was toying with the idea of starting another development-focused blog centering on women’s issues (something close to my heart), and partly because I worry about being seen as tokenistic in my interest. But I realize, after much soul-searching (that, I should add, is ongoing), it’s my wish to blend my passion for the arts with my passion for development issues.
And so it was that Teddy and I exchanged thoughts about the role of the arts in bringing about change. I’m going to post our discussion in two parts, because there are so many good ideas here, and it’s worth digesting them all fully. See what you think about what’s being said. You might look at those charity singles -and that big, monolithic thing we North Americans think of as “Africa” – a bit differently afterwards. You’ll want to know more about artists like Fred Mutebi too. I fully expect to see his name in the Arts section in future, by the way -him, and his fellow artists. Because that’s precisely where they belong. 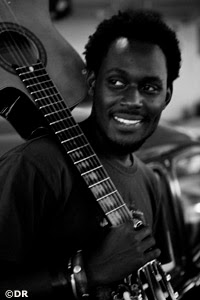 The arts is my passion, as you know, and I was thinking a lot lately about culture’s connection with social issues: artists’ roles in trying to instigate change, if artists should feel compelled to make their work political, what kind of responsibility exists to their communities.

It leads me to question what role art might play as it specifically relates to the work you do with Project Diaspora.

I think artists are unnecessarily encumbered by social issues, and they bend towards that will for fear of not being accepted anymore. They are turned into mouth-pieces and spokespersons when their greatest weapon of choice should have been their unadulterated interpretation of what art is through their chosen medium.

Some artists choose social commentary as their subject matter, like Fred Mutebi here in Uganda. Others choose to be unbending in their adherence their artistic style like Bjork, Radiohead and hopefully Uganda’s Maurice Kirya.
I think the best thing artists can do is continue to focus on being the best you can be at your chosen medium of expression. Don’t be something you are not because you are looking to score cool points. It is okay if you are a movie star and you do a piece that highlights the plight of a marginalized population of the human race, but I think it is going too far if you are all of a sudden packing heat in Haiti, and trying to make a difference because you are trying to feel good about yourself. Some things aren’t your responsibility.
We had student performances at our first Villages In Action conference. Their piece dealt with the cultural perception of polygamy and its effect on children and their education. The kids did a really good job of expressing the current socio-economic pressures placed on the balance between tradition and the demands of modernity. It was topical and relevant, where as the band that performed later that evening was purely entertainment and added little to the topical conversation. 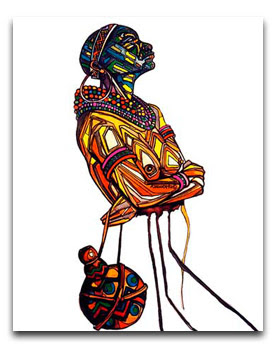 Why do you think there’s a Western insistence to keep referring to Africa as a whole, and to Africans as one giant collection of peoples and perceived problems?

Because it easier to say Africa than to name 53 countries or make the distinction between North Africa and where the sub-Saharan states begin. It’s that place over there full of famine, hunger, genocide, and militaristic genocide. Isn’t one poor malnourished African as true as the next? What does it matter what country they are from? They are from Africa, aren’t they?

I am not really sure how we got stuck with that homogenous identity, but if anyone is going to change it, we have to do that and demand that our voices be heard. Each individual nation has to stand up and say, “Our Identity Counts” and defend their country’s right to exist, not simply as an afterthought, but as an integral part of a whole.

You don’t simplify Europeans into one description or all of North America as Americans; Mexicans and Canadians have a problem with that. So why should we be ok with simply being African?
How do you think art can help to improve the economic development and social welfare of the community?

From an artistic stand point, I think it is important to show that those called to be artists are still able to create even without the access, the privilege, or the fancy tools. We had a kid that had a full-size replica of a motorcycle. I asked him what he needed to keep creating. He said, “I need an engine to put in there.”

This was topical social commentary on how life was going on around him. Because of economic development brought on by subsistent farmers turning to commercial sugar cane farming – a lot more of them were buying motorcycles. 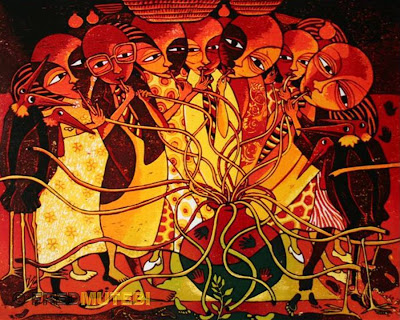 As mentioned before, Fred Mutebi has great woodcut pieces that are basically two-dimensional documentaries on various social subjects. If VIA had happened in his village, I would have loved to have him give a talk about the life he documents.

The next blog with Teddy will feature more of Teddy’s thoughts on the West’s perceptions of Africa, how Villages In Action (which happened last November) might help to change ideas around development there, and why TED isn’t always as welcoming to new ideas as you might think. Stay tuned.