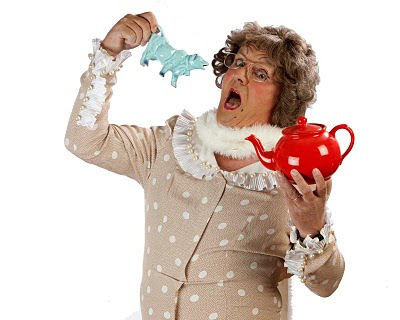 First things first: don’t bring anyone who’s sensitive to the f-word to see How Now Mrs. Brown Cow. It gets a workout in the hands -make that mouth -of the formidable Mrs. Brown, also known as one Brendan O’Carroll, Irish comedian and super-performer. For two hours, any easily-offended ears will be singed by its extensive and creative usage.

It should be noted, however, that the word, within the context of the show, is made musical, magical, and even poetic. I mean, hell, it’s an Irish show -you have to expect the salty and the sweet, the dark and the light, the low and the high, the profound and the profane, all mashed up in one gorgeous, overwhelming package of funny, naughty, heart-tugging hilarity. How Now Mrs. Brown Cow is the fifth in the wildly popular Mrs. Brown series, which started life two decades ago as a radio series before extending into TV, movies, books, and videos. O’Carroll, donning a big wig, glasses, frumpy dress and dowdy shoes, takes on the persona of a working class Dublin mum. In this show, she’s readying her home for the family, including her beloved Priest-son Trevor, and tangling with her other three sons, daughter, and “granddad”, who becomes the unwitting guinea pig for Mrs. Brown and her friend Winnie (Eilish McHugh) to test mail order products on. The scene involving country music, a baking sheet, and a crash helmet is especially memorable; like the show itself, this single scene is a smart blend of dark humor and gleeful slapstick. Politically correct it ain’t, but funny… hells yes. 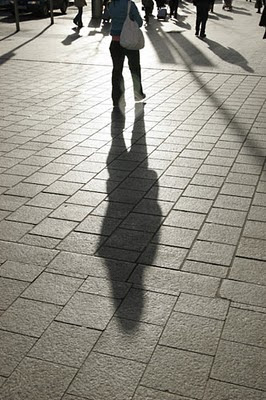 The humour extends itself to local references, with O’Carroll playing to both the Toronto crowd (with mentions of local discount store Honest Ed’s) and Irish expats (jokes about son Mark’s “Prod” wife abounded). Later I overheard an audience member remark that some of the show’s references were “too obscure” for most Canadians, which is true. Equally, O’Carroll’s portrayal of Rory (Rory Cowan), Mrs. Brown’s gay son, could be construed as stereotypical and offensive- but as I recall it, some Northside Dubliners (and indeed some Irish) have a pretty narrow idea and tolerance of homosexuality altogether. Should O’Carroll soften the writing? The Mrs. Brown series concerns rough people who say (and do) offensive things, many of which are specific to a cultural time and place. The write and director is full aware of the ridiculousness of Rory, and perhaps, knowingly, portrays partner Dino differently, clothing him not in gold lame pants, but suit trousers, like everyone else. To moan about the “offensiveness” of this show conveys a huge ignorance around Dublin culture, and, to be frank, a poe-faced Canadian seriousness that doesn’t match the larkish nature of the material. There are many other forms of entertainment that portray gay people (and others) in far more offensive ways; this show isn’t one of them.

Indeed, Mrs. Brown is fierce, feisty, and very, very funny -she’s no cuddly Mrs. Doubtfire or cutesy Golden Girl. She’s a lot closer to the tough Northside ladies I once knew (and would occasionally borrow hoovers, tin foil, and window cleaner, or buy fruit and veg from). Mrs. Brown’s shouts at the unseen drug-users outside her door -“injectin’ yer cannabis!” -may be momentarily funny, but reflect a darker reality, one those of us who lived in Dublin around that time vividly remember. Mrs. Brown is tough, loud, and weirdly, very real, with echoes of Dublin echoing with her every word, whether it’s a curse or a blessing. 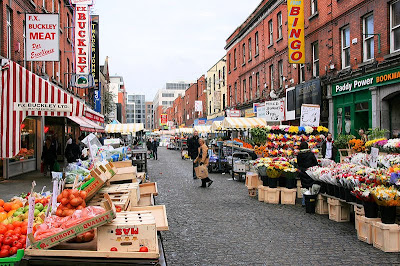 The potent mix of dark and light is brought to the fore again and again, with sometimes hilarious, sometimes touching results. O’Carroll creates short, simple scenes involving friends and family to explore elementary, albeit timeless themes of human connection and bonding, especially in tough times. Part story, part sitcom, the material leaves plenty of room for improvisation, something that cast members take full advantage of. At last night’s North American premiere of How Now Mrs. Brown Cow (produced by Toronto’s Mirvish Productions at the historic Canon Theatre), cast members Danny O’Carroll (as local boy Buster Brady) and Gary Hollywood (as Dino Doyle, companion to Mr. Brown’s son Rory) couldn’t keep straight faces, as O’Carroll, consciously but keeping in character expertly chided them. One telling moment saw Hollywood’s lack of composure become so acute, he was doubled over hysterically laughing into his hands. Rather than being unprofessional or distracting, the reaction worked beautifully with his character’s extreme horror within the context of the scene. After all, extreme horror and extreme giggles really do look the same at a distance. Salty and sweet indeed. (And, for the record, O’Carroll’s deadpan response -in character -was, “I remember writing this – it wasn’t this feckin’ long.” Ha.)

Other moments where O’Carroll purposely broke the fourth wall included his character’s attempt to place a star atop the Brown Family Christmas tree. After trying a variety of chairs, s/he balanced on a railing in the set, and then took hold of the upper edge of the set itself. It was a good example of O’Carroll’s extreme, and extremely happy, disregard for theatrical convention. He definitely play with panto, with improvisation, and with his castmates in the most jovial of ways, but when it comes to delivering the more serious moments, there’s no horsing around. He goes straight for the heart, without any compromises. Talking with the lone daughter of the family, Cathy (Jennifer Gibney), Mrs. Brown delivers a heart-rending speech about the closeness of mothers and daughters, one that brings to mind possible parallels with fathers and sons, which is made all the more poignant with the knowledge of the comedian losing his own son some years ago. The square emphasis on family, and on the ties that bind between people, generations, faiths, lifestyles, and ideas, couldn’t be more apparent, F-bombs or not.

How Now Mrs. Brown Cow definitely has fun exploding a few proper theatrical conventions, but it also leaves you wondering just where you stand in terms of your relationship to family and those closest to you. Wandering down Victoria Street after the opening, I overheard comments confirming this connectedness. One man remarked to his friend that the title character “is so much like your own mum!” to which the man readily agreed, while another pair of friends noted that the show’s premise, with its mix of stress and joy, “looks just like our Christmas.” Several Irish grannies stood outside the stage door, one with a mobile phone to her ear.

“It’s lovely show, just grand,” one said, waving a cigarette around, “Now what time will you be over for dinner tomorrow?” Pause.