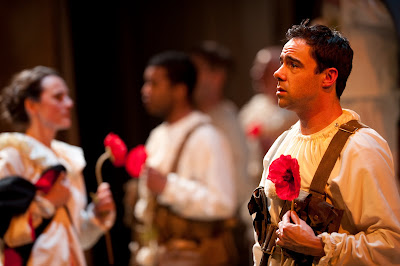 “WAR! HUH! WHAT IS IT GOOD FOR? ABSOLUTELY NUTHIN’!“

So sang Edwin Starr, and later Bruce Springsteen. War is hell, yes, but how do you translate that onstage without pummeling your audience with a pile of sloganeering and agitprop? British playwright Joan Littlewood confronted this question when she set out to write a work about World War One. Back in 1963, memories of “the Great War” -to say nothing of WW2 -were still fresh, and there were plenty of veterans about to share tales. Littlewood was never exactly a conformist; determined to go to America as a young woman, she tried to walk from Liverpool to the sea dock, but collapsed after 130 miles. Having already directed and starred in the well-received British premiere of Brecht‘s Mother Courage and Her Children, Littlewood, like many theatre artists of her time, was sick of the chest-strutting proud model of British military excellence in the First World War, but seeking a creative way of staging her ideas.

Working with longtime love Gerry Raffles, radio producer Charles Chilton, and the rest of her theatre company, Oh, What A Lovely War made its debut in March 1963. The work, carefully monitored by government officials, was a huge hit and opened on Broadway the following year, where it garnered four Tony nominations. It’s unique for the ways it combines dance, song, drama, clowning, and vaudeville. Yes, you read that right: clowns are in a war drama. What starts out as an innocent celebration turns into something considerably darker by the piece’s end. Deeply theatrical and unrepentantly musical, generations of directors have longed to staged it, and now Toronto’s Soulpepper Theatre gives it a go, using current members of their Academy to flesh out Littlewood & Co’s vision. Soulpepper Artistic Director Albert Schultz has staged the piece with an eye to times past and present, using white Pierrot-like costumes and the Academy’s considerably musical talents to create a heightened world that seems strangely familiar.

I had the chance to interview cast and Academy members Raquel Duffy and Brendan Wall about the challenges of the production, as well as the play’s incredible staying power. 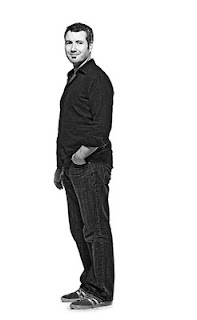 What was the hardest part of Oh, What A Lovely War? It isn’t ‘realistic’ in any sense and yet you have to bring a lot of truth to the roles you play.

Brendan: One of the most difficult things for me to embrace with this play is the fact that we all play very particular –and sometimes isolated -pieces of an elaborate puzzle. The whole picture and its effect on the audience is something that I’m not ever fully aware of. This is a show, perhaps more so than any other, where I have no idea what it’s like to sit in the audience and experience from beginning to end. I’d love to watch this show.

Raquel: The most challenging part of the piece for me was working out the technical aspects of transitions – both on a physical level and mentally. Jumping from scene to scene, all of which carry very specific and varying energies or, for lack of a better word, ‘moods’, and not letting the effect of one spill into the other. The convention of us all being a group of “performers” helped me deal with the fact that we aren’t attempting to make the piece realistic as much as we are attempting to tell the story as clearly as possible.

What sort of direction did Albert Schultz give you in terms of balancing the music with the work’s other elements?

Brendan: Albert and Marek Norman (the show’s Musical Director) had a beautiful working dynamic. Both aspects of the storytelling -the music and scenes –influenced each other. I always felt like I was in good hands. I think I play a half a dozen characters and a half a dozen instruments in this show, and I certainly don’t stop moving once the curtain goes up. There are moments where a scene is being played out and a single chord is struck and it crystallizes the whole essence of what’s going on. The play grew out of these songs. 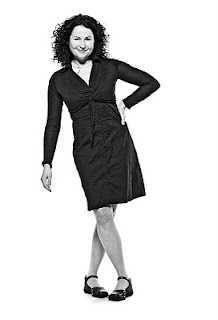 How timely a piece did you think this is? Littlewood’s work feels very tame by today’s standards, even quaint. How did you give the work immediacy?

Brendan: I have two young sons and I’d like them to live in a world where the notion of war is something that is only seen on a stage as a quaint piece of theatre from bygone days. I can’t think of a timelier piece. As for the show being tame or quaint, yes it is at times -that’s an important part of the show. A play that screams at the top of its lungs about how war’s is bad is not telling us anything new. I think we always have to be mindful in the theatre that we’re here to entertain first and that only by doing that can’t we hope to have any effect on our audience.

Raquel: In my head I hear the phrase, ‘Lest We Forget’. It was very different from the war we are presently engaged in and yet there are a number of parallels that I believe the audience will recognize. The piece was formed through a collective and we’ve embraced that through all of us playing various instruments, making the gunshot noises, moving the set…I think the idea of a group of players trying to tell the story of that war through the convention of a music hall lends itself to being as present as possible. 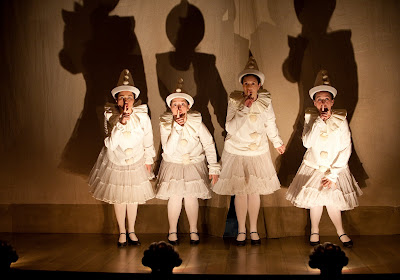 Who is this for in the 21st century?

Brendan: First and foremost, this play is for anyone who wants to see a great ensemble of artists working and playing together to create an entertaining evening of theatre. This play is also for my two little boys who, at the age of five and two, know too much about war in that they know anything at all.

Raquel: We lost our last Canadian World War I Vet while we were rehearsing this project. He spent his life trying to keep the history of that War alive. I feel this piece carries his legacy forward.

Oh, What A Lovely War runs through April 2nd. Check the Soulpepper website for details.