A current, entirely-wonderful program at New York’s Museum of Modern Art takes the basic ideas of slow food and applies them to art. “Could you spend one hour looking at just one painting?” its Twitter feed asks. Actually, yes. I have done, and it’s an intensely enjoyable experience.

When I lived in London, I used to go to the National Portrait Gallery on my lunch breaks and visit the beautiful series of poet portraits that hung in the Romantics section. I recall a good forty-five minutes vanishing as I’d sit gazing at Byron, Shelley, and Blake.

Later when I moved back to Toronto, I’d take advantage of the Art Gallery of Ontario‘s free Wednesday evenings (it was and remains a bit of a shock to me to pay admission, so utterly spoiled was I by London’s free galleries and museums). I would go directly to the small but lovely collection of Monet paintings, where I would sit and gaze silently, worshipping shape, colour, texture, the magic of the rich, gooey shades changing form and implication with my own positioning, the gallery’s lighting, and even how many people were or were not crowding around the painting with me. I loved spending this slow, meditative time with art. I don’t do it enough anymore. There’s always another event to get to, another work to see. My leaning toward Pop and abstract art, with its sometimes-bouncy, breezy energies and kinetic shapes and sparky ideas, frequently mocks and milks the ‘faster-stronger-higher’ ethos of contemporary society, but such works demand equal amounts of care, contemplation, and stillness.

It’s hard for me to say if one form of art or era lends itself better than another to slow art, or if it should. I’m sure it’s personal. But in this world of instant gratification and simple solutions, it’s nice to find the slow-down-and-smell-the-flowers ethos being applied to so many facets of culture. I’m reminded of a line I heard in a production of Sholom Aleichem: Laughter Through Tears, on now in Toronto. Sholom Aleichem (real name Sholom Yakov Rabinovitz) was a Yiddish writer from Eastern Europe who wrote numerous stories focusing on the day-to-day live of his fellow Jews in the late 19th century. From these tales sprang the beloved character of Tevye the Milkman who populates many of Aleichem’s stories, and is the protective father in Fiddler on the Roof; it’s no irony that Theodore Bikel, who has played Tevye thousands of times, is performing as Aleichem. The production is a slow if loving meditation on the nature of writing, and performing, taking into account the importance of culture, community, and family. Aleichem comes from a world where concepts of “instant” and “faster” are unknown; things are steeped and brewed in the long, slow-moving stream of cultural lore long before they fully ripen. The line, delivered towards the end of the show, invites us to embrace the idea of accepting “fewer answers in life, and more questions.” How wonderful. And how very exemplary of the Slow Movement. 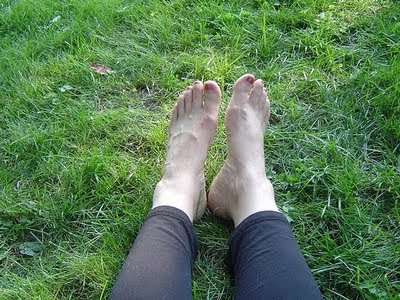 It’s an old idea, but it still resonates: it isn’t the destination, it’s the footsteps; it isn’t the result, it’s the journey. In trying times, we all want to cling to the familiar, the knowable, the easy and yes, the fast. But these aren’t the things that are going to feed us. Just as deep hunger is not satiated with greasy fast food, our spiritual, emotional, and cultural needs (I’d argue they’re all one in the same) aren’t satisfied with simple answers. And so it behooves us to accept the questions -and perhaps, us exemplifying those questions. The Museum of Modern Art seems to understand this; we’re not only looking, we’re in the process of becoming. Nothing can be more timely, or timeless.