Hopes Bud; Get dashed. Sort of. 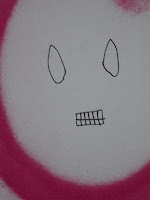 The Federal Budget was released this afternoon. Every television channel and radio station in Canada was covering the announcement; this is a big one for us, because it could mean the fall of the current Conservative government over a vote of non-confidence by opposition parties, if they don’t like what they see. And the dissolution of Parliament could mean an election within months.

So far, there’s been reaction from two of Canada’s opposition parties: the NDP and the Bloc. Verdict for both? Thumbs down to Jim Flaherty et al. Liberal leader Michael Ignatieff (leader of the third opposition party) spoke briefly with reporters too; the rise or fall of the Stephen Harper’s Conservatives essentially rests with Ignatieff and the Grits. What did he say? He didn’t. While he likes some elements, he and the party have issues with other things tabled within Flaherty’s report. He’s going to announce the Liberal reaction tomorrow at 11am.

It was with particular interest that I’ve been noting the expectations and hopes centred around the release of today’s budget; in some ways they very much mirror the expectations and hopes surrounding the start of the Obama presidency. Lord knows there are many, many issues at hand right now -the economy being the biggest. But as an arts-lover, I don’t necessarily think art and the economy are at odds. James Bradshaw reported on the connections between the two recently. Arts economy is economy, period. It’s work, it’s money, it’s energy. It seems like Heritage Minister James Moore understands this. There’s been a nice allocation of money ($160 million, in fact) put towards the arts sector. President Obama gets the relationship between the two as well.

But in the same way there’s an inherent connection with arts and economy, there exists the same between the latter and environment. Everything is everything, and it seems like more people are aware of that, even as there are those who cling desperately to the old ways. James Clancy, President of the National Union of Public and General Employees, lays out the intimate connections between environment and economy in a convincing piece on Green Nexxus. He says: “This is the opportunity of our lifetime; to lead the transformation to a stronger economy and a cleaner environment.” I’d add, “and a vibrant arts scene” to that.

Binding everything is our access to share and deseminate information. The Globe and Mail created a Wiki on Public Policy in anticipation of the budget, and it was a neat bit of interaction. CBC and Cisco started One Million Acts of Green back in the fall (encouragingly, they’re seven months ahead of schedule in hitting their target, too). The budget announcement this afternoon featured live blogging by various media. Part of President Obama’s stimulus package includes money for technology. Now that’s forward-thinking… make that present-thinking, and present-embracing. Michael Geist has thoughts about the Conservatives’ allocation of money for technology and comparisons to spending in other countries. It all underlines the ways in which the internet have re-shaped our perceptions and understandings around the most vital issues of the day.

Now, let’s wait to hear what Mr. Ignatieff will say tomorrow morning. I’ll be watching online, and wondering who will be adding voices to the discussion.