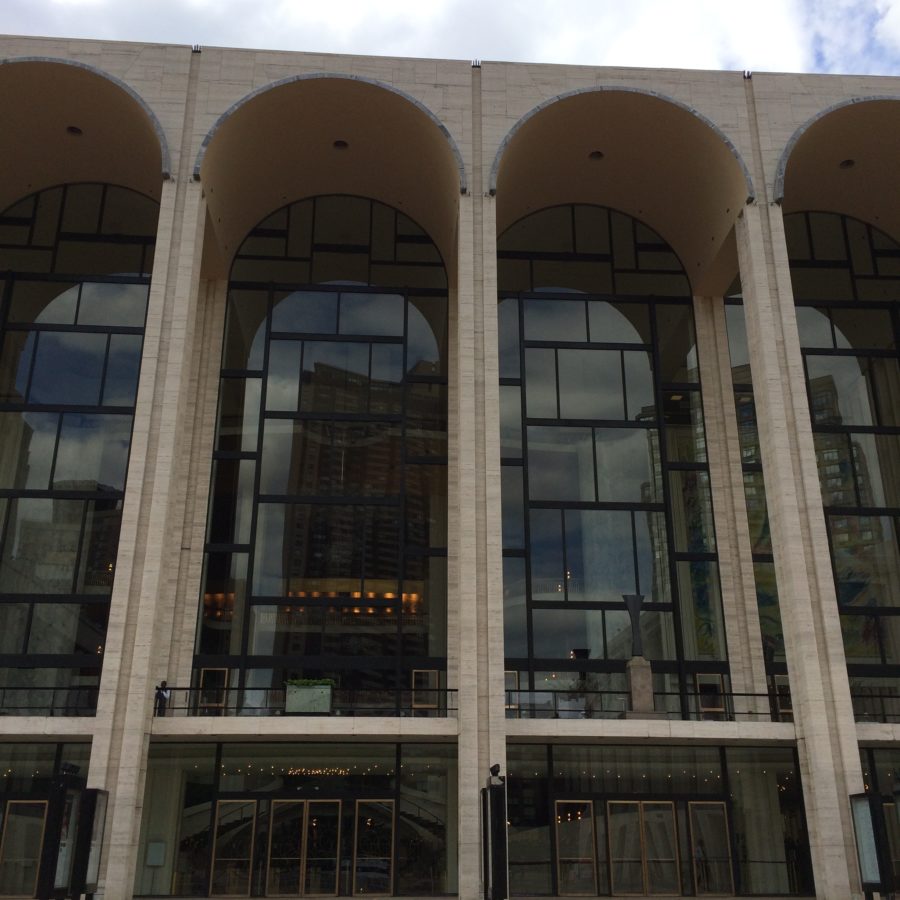 Since the news broke last Saturday, I’ve debated with myself about whether or not I should write something. The news, in case you hadn’t heard, is a big story — the story — in classical music, involving serious allegations of sexual assault against conductor James Levine, from several men who were boys when the incidents unfolded.

The main reaction I’ve noted, after the first report (in the New York Post) came out, is “everyone knew” and “about time” and “how could anyone not know?” I didn’t know. I honestly didn’t. Say I’m ignorant, or stupid, that I’m a poseur with my head in the sand — much has been said about me, and worse than that, and will continue to be said about, and directed at me, in that vein. That’s fine. I didn’t know. Remembering the things my mother would whisper under her breath about the conductor, I suspect she harboured her own suspicions, all of which she never shared in any detailed way with me. I will never know what she was thinking, but I wish she was here now to talk to.

As I wrote in a past post, one which was difficult to write in its own way and which I contemplate now for different yet oddly similar reasons, Levine was a figure I grew up watching on TV and seeing in-person at the Met, including earlier this year. He was their mainstay, their guy, the one which, if various allegations are to be believed, was shielded by powerful forces determined to keep a popular maestro. No amount of damage control or back-pedalling can erase the massive abuse of power which was allowed to occur over four decades.  Such abuse by powerful men is not, as an historian friend pointed out to me, unusual; to paraphrase what he said, “they expect there will be no consequences.” It is terrible –sickening, horrendous, past words — to consider how such men keep being enabled, however, and to reckon with the damage wrought by such heinous wielding of power. Such enabling is, alas, too often done by the self-interested, by those keen to boost careers and coffers, to maintain image and income. Those whose trust was betrayed, hope squashed, love stepped on — they go on, endure, move forwards, or, as some have stated in subsequent interviews with Michael Cooper, they don’t. 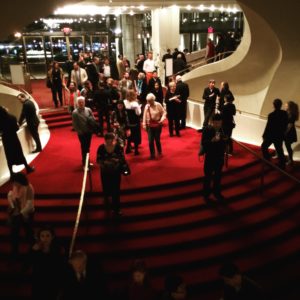 The lobby of the Metropolitan Opera. (Photo mine. Please do not reproduce without permission.)

Both arts writers and music fans have been grappling with the news and with Levine’s musical legacy, as well as on what they should do with their recordings, the possible future of the Met, and how the news reflects on the classical community overall. Earlier tonight I put the finishing touches on an interview with tenor Frédéric Antoun, about The Exterminating Angel, a production he recently appeared in at the Metropolitan Opera, and I debated with myself, even as I hit  “publish”: Should I? Is this wrong? Am I horrible? Levine did not conduct this work (which was on the stages of the Salzburg Festival and Royal Opera before it reached NYC), nor was he involved with its production — but Levine’s decades-long involvement with the Met means he has, by sheer presence alone, shaped the organization, even if he doesn’t have direct involvement now. He stepped down as Music Director in April 2016 but was given the title of Music Director Emeritus at the close of that particular season. How much should I feature anything associated with the Met on my website? Should I wipe everything out? Edit things a bit? Make a point never to cover their work again?

There are no quick answers to these questions for me. There is also, to my mind, no need to punish artists like Antoun, or others who perform at the NYC institution. One can accept they perform there, even as one may choose to see them in other venues, if one so chooses. What to do with my memories of seeing Levine in Berlin recently are more problematic. I’m not sure what to do with the transcendent impression which fell over me like a starry blanket at the close of Mahler’s immense Third Symphony that cold final night in October — I don’t know what to say about the feeling of having experienced something deeply, utterly beautiful. There is no other word for it. Levine got a standing ovation (a true rarity in Berlin) and several curtain calls. Were we sick? Are we disgusting? Am I wrong to have been so moved? Should I throw my memory of beauty in the toilet? Is it now invalid? 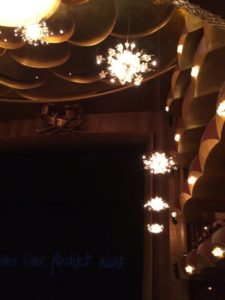 The chandeliers at the Metropolitan Opera. (Photo: mine. Please do not reproduce without permission.)

Again, there are no easy answers (at least none I trust), and there is no smoothing over with any number of reductive “music is the answer” memes. Some will and indeed, have, said that the artist and their personal life must be separated; I think that is an entirely personal decision. I have trouble watching Woody Allen movies without the benefit of context; the same goes for the work of Roman Polanski, Alfred Hitchcock, and Leni Riefenstahl, to name a few I view their work through the lens of their lives; it is my choice, my privilege, and my coping mechanism. Context is everything. To separate one completely from the other, or to imply I would only consume their work solely because of their lives, simply isn’t my style. Experiencing beauty sometimes has a truly frightful price, and I’m not sure it’s worth it, as a music lover, writer, and assault survivor.

Maybe context has become my new blanket. Though it’s far less fancy, it’s warmer through storms, and soaks up, at least a bit, the puddles of sadness that sit around everything right now. It beats wrapping myself in the transparent sheets of deceit. Call me dim as you will, but at least I am no Emperor.