The Royal Concertgebouw Orchestra under conductor Manfred Honeck rehearse for their performance at the Berlin Musikfest. (Photo: © Adam Janisch)

Whether owing to or despite the recent dramas the Royal Concertgebouw Orchestra has endured, their concert at this year’s edition of the Berlin Musikfest was remarkable in every sense. Even more remarkable was the number of empty seats within the Philharmonie.

“Berliners,” commented a seatmate, her eyes rolling, “only tend to come out for their own.”

Whether there’s any truth to this observation or not, it was a pity to note; this was a gorgeous, rich meal of a concert which featured a mixed program of works with an interesting commonality: initial failure. I attended with a heap of curiosity, not only to see how replacement conductor Manfred Honeck might fare, but to see how he and the artists might fit the works of Webern, Berg, and Bruckner together — works which, at their respective premieres (in 1909, 1913, and 1889) failed entirely. There was a riot at the performance of the Berg work; audiences at the premiere of Bruckner’s Third literally walked out as the music was being performed. These works were not without formidable influences; as the program notes remind us, “the composers, over the generations, found their own answers to Wagner’s challenge” —  but it’s worth noting that other sonic echoes — that of Richard Strauss, Gustav Mahler, and Second Viennese School leader Arnold Schoenberg especially — are entirely palpable (or anticipated), in both form and style. There is an immensity of intention which draws clear parallels to the elder statesmen of late romantic/early modern music, along with a palpable, grand dread. This quality is especially perceivable throughout the Webern and Berg works, as if they were somehow intuiting the immense social reset and the terrible tragedy just around the corner. It is music within whose bars you can hear empires crumbling, a call into the total void, a questing for authenticity and meaning.

Remaking old forms and probing new avenues were hallmarks of the compositional approach of the Second Viennese School, and for all the atonal explorations and aural adventuring, the works of composers like Berg, Webern, and their teacher, Arnold Schoenberg, has, at least for me, sonically luxuriant leanings, even amidst the most sparse sounds. Central tonalities or not (some have them; some don’t, and this can be initially strange for new listeners), there is a heartbeat of the real in this music, and that makes it captivating; I’m always struck, hearing the work of Berg, Webern, and Schoenberg, at their immense presence, their reaching for the essential, the real, and even, to my ears, the sensuous. One simply has to have the right orchestra, and the right conductor, to draw (carefully) such features out. The Royal Concertgebouw, as led by Honeck, provided just that this past Tuesday evening. 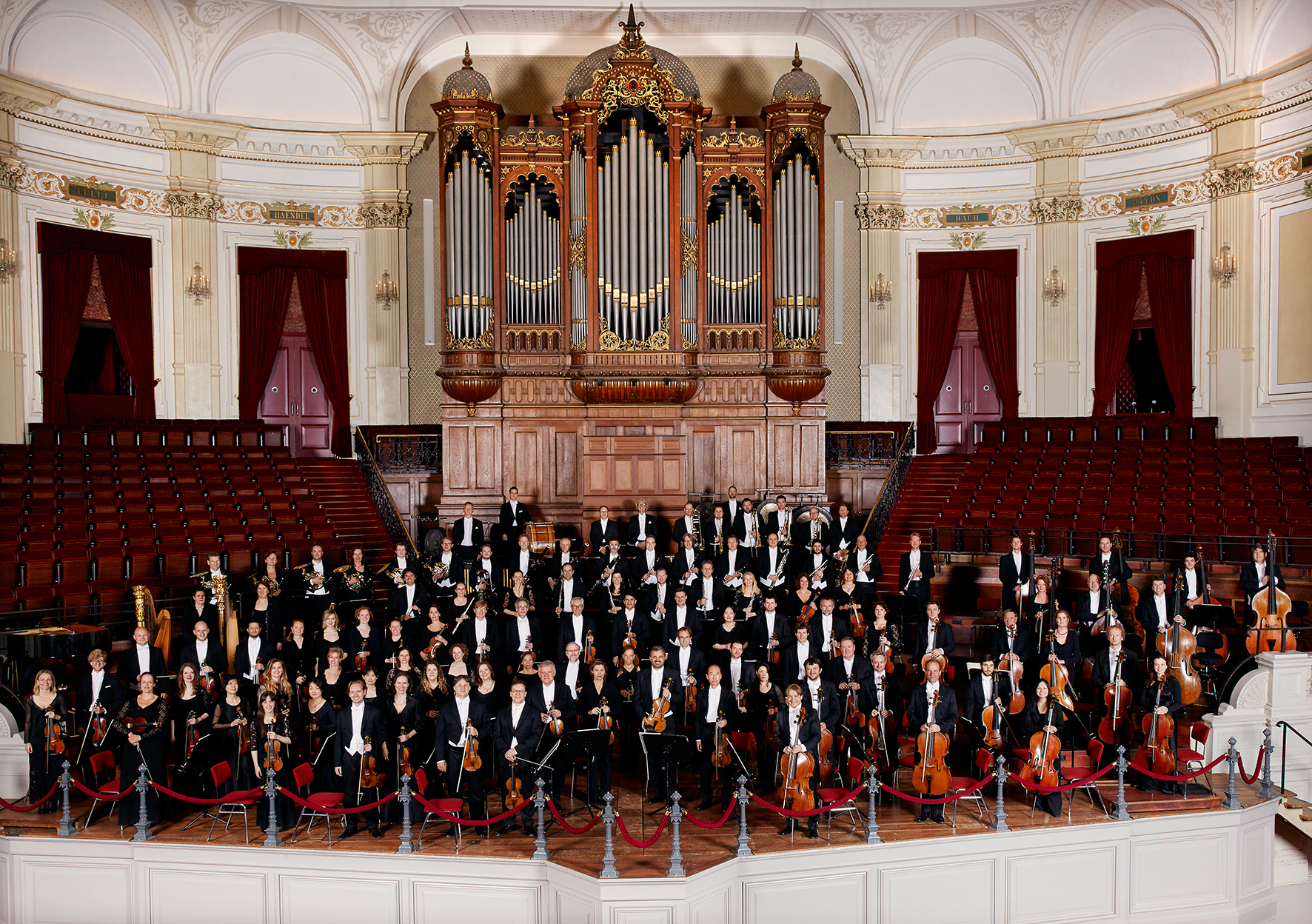 Certainly, Webern’s Five Movements for String Quartet, Op.5, Berg’s Five Orchestral Songs , Op. 4 (also known as the Altenberg Lieder), and Bruckner’s Third Symphony have enjoyed success since their respectively disastrous premieres. The Concertgebouw Orchestra underlined the unique beauty of each in a rich, well-paced program that was a treat to experience. Webern’s Five Movements for String Quartet, Op.5 (the 1929 orchestral version), running roughly eleven minutes in total, is an exploration of color and tonality —or austere atonality, as it were.  The first movement is characterized by a conversationality between strings, with whisper-like pizzicato effects, a sinuous string tone, and virtuosic demands on the Concertmaster; in this, Vesko Eschkenazy handled the lines with aplomb. Resembling at times a film soundtrack (Jaws came to mind), Honeck highlighted the idiosyncratic bass work in the third movement, rendering chewy timbres that led to a dramatically hushed conclusion, echoed later in the rippling opening of the fifth movement, with its interplay between textures and colors. Held with a tenuous balance, Honeck ensured the ending was pointedly unstable, a close that provided the perfect foray into Berg’s Five Orchestral Songs, which featured the vocal talents of soprano Anett Fritsch. As scholar David P. Schroeder rightly notes, this work “defined Berg’s future direction as did no other of his early works.”  The cascade of sound opening the work was characterized by the Concertgebouw’s luxurious approach, with a deft mix of phrasing and tempi. Honeck emphasized the sonic resplendence with a lovely balance of strings and vocality, leading with an expansive lyricism which finds the soft edges and colors within Berg’s fascinating score. Based around a series of epigrammatic texts by writer  “Peter Altenberg” (real name Richard Engländer), with whom Berg shared a complicated friendship, the work is a densely rich collection that balances beauty and melancholy in one tension-filled package; one can clearly hear early indications of Berg’s 1935 opera Lulu within its score. As composer/violinist Jonathan Blumhofer rightly notes, “The Altenberg-Lieder feature Berg at his most direct and concise, as well as his most sumptuous.” Fritsch’s rich sonority complemented the pithy prose, with Honeck providing plush phrasing and beautifully capturing the push-pull of sounds of the Second Viennese School and its aims.

If the first half of the program featured music that aimed for pure color in and of itself, the second half, thanks to Honeck’s quilt-like approach, used all the colors, and textures, and patterns, making Bruckner’s third sound experimental, even playful, though its length (280 pages) might leave some wondering how playful it could possibly be. Conductor Herbert Blomstedt commented in an interview late last year that the lengthy didn’t mean the work took any longer to play than usual symphonies — there are just so many notes within this particular one. Honeck and the Concertgebouw made a point to distinctly emphasize all of them, whether in fast runs or sustained tones, and while this could prove aurally exhausting, the maestro shaped it into a greater listening whole, using a variety of colors and textures, and an expansive, thrilling lyricism. With a broad, Mahlerian intensity, he led the first movement through a series of glorious builds made of brass and strings, each time a trip to a precipice offering a different and unique view. A thematic underlining by a fulsome brass section showed a clear relationship to the rippling upward ascent of strings, deftly modulated and colored. The lusciousness of sound carried over, beautifully, from the evening’s first half — perhaps a sign of the clearly positive relationship Honeck has with the orchestra, who seemed to relish playing under the Austrian maestro’s baton. Honeck (named Artist of the Year by the International Classical Music Awards for 2018) could be seen smiling broadly at various moments throughout the work — surely a good sign, for the performance, the orchestra, and the audience?

More’s the pity, then, that not more Berliners and music fans made the trip to see this performance. It was a rich meal that left questions, to be sure, but the right sorts of ones that left you hungry for yet more.