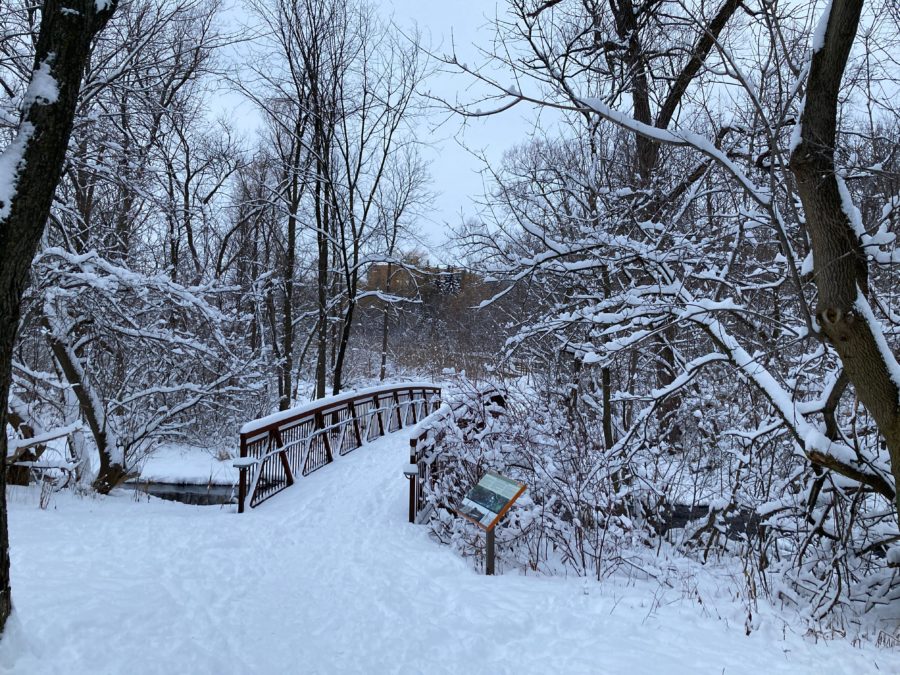 There is something within that always hesitates at publishing personal pieces. A Facebook post is one thing, a public post quite another. Courting judgment, creating low opinions, sacrificing credibility, reinforcing impressions of overwrought drama: 2020 is a year for many things indeed, but I am unsure which of these I dare encourage. The following piece did start out as a Facebook post, and so great was the response, so immense the encouragement, that I have decided to share it here, with revisions. It has opera (easily found on this website), it has my mother (also easily found). It has personal history, something I wince at sharing openly but which, in light of this awful year drawing to a close, feels somehow important, an act of acknowledgment and healing: Here Is A Bit Of My Self; Do As You Will.

Currently I am in the midst of editing another essay exploring the idea of being of service, inspired by a remark conductor/soprano Barbara Hannigan made during our lengthy conversation back in October. Barbara essentially said she is driven to do what she does out of a need to be of service, that if she had chosen to take a more conventional opera-singer route (Verdi and not Vivier, for example), such a need would have gone unfulfilled. Other exchanges with artists I admire have led me to wonder if my writing is, in fact, just this, a way of exercising that very need – to be of service – whilst integrating, in a more fulsome way, a desire to move my work into a more creative realm, away from the world of journalism. In any case, here are some thoughts, shared Christmas Eve, and lightly edited. Happy New Year.

Looking at the window at the heavily falling snow, inhaling the aroma of a baking tourtière, watching the flicker of candles and feeling the acid sting of cranberry on tongue, I remember a remark my mother made to me the year before she died: “I love how you just pile your hair up and put on your strapless dress and high heels and don’t give a sh*t what anyone thinks of you.” Considering she wasn’t one to offer compliments on my appearance, it was notable, and I often wonder if her words were meant to extend past the opera-going context in which they were given, specifically to the parties we would attend every Christmas Eve.

“You’re taking too long!” she’d scream as 8pm, then 9pm passed, and we weren’t yet out the door. “Why do you always have to make things so bloody difficult?!” This year, with naught but the company of the telly and a seemingly endless line of headlights out the window, I think back to those nights, how they always started with tremendous arguments, how they always ended in relative peace, with late-night cognacs and music and sweets, my mother and I smartly dressed and perched on puffy, cream-color loveseats facing one another. The sounds of La bohème floated across the dimly-lit, luxuriously appointed room. “Only one thing,” she would instruct, taking a gold-foil-wrapped package into her lap, clinking glasses and smiling at the clang of fine crystal as a myriad of Xmas tree lights swirled around the ornate, boozy orbs. “Maybe a chocolate too… “ as the Godiva box lid was popped off. “But you must turn this up…” as the voice of Pavarotti rang like a silver bell across the bronzen warmth of the room… “it’s just so… so...!” … An inevitable headshake of red curls. A sip of cognac. A broad, happy sigh.

We had no family, but we had traditions entirely our own. Every Xmas morning she would don her velvet Santa hat and buzz around with a fine china teacup in one hand and portable phone in the other, her laughing voice and “Hellloooooo soandso!” and “Merry Christmas!” cadences like little motifs through the tinsel-laden score of the morning. Her own beloved father had died on Xmas Eve when she was a girl; thus the occasion was, for her, just that, something to mark, to make merry for, to fuss over, and always, to give and give. December was a month when no one was forgotten: bank tellers, postmen, delivery people, cashiers, clients, old work colleagues, friends new and not, close and not. Her whole being, even without Xmas, revolved around giving. Indeed, her generosity was doled out in such quantities she would sometimes chide herself, realizing (as I had tried to point out in past moments) that her good nature had been taken advantage of. “I’m too generous, I’m too soft-hearted… I’m a naive bloody chump.” 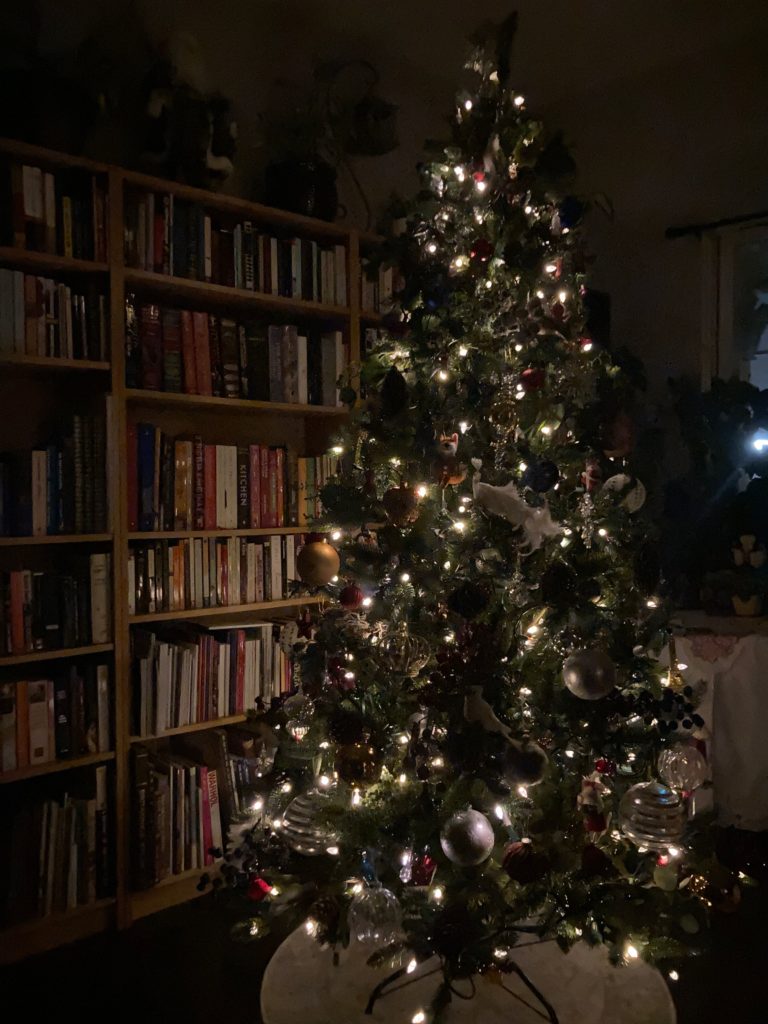 How different Christmas is now, and not only because of COVID19. I remember a glass-shelved console would be filled, from mid-November onwards, with a myriad of cards from around the world; some years they numbered in the hundreds. To quote Rilke’s “Requiem For A Friend”, “Oh, how we need customs. Oh, how we suffer from the lack of customs” – and this card-collection was but one of my mother’s. I look up at my four Christmas cards and acknowledge, of course, that such customs simply aren’t done anymore, but oh, how I miss some of the sensual ones that come with Xmas. I find myself wanting such things but largely blocked from their actualization; I can neither recreate in her fashion, nor create anew in my own. Not having a family means not having certain rituals to adhere to. And yet, this was the first time since 2017 that I have had a Christmas tree; I gave away the one I’d had with her years ago and most (not all) of the ornaments. Putting one up this year seemed like an act of love and defiance; I don’t have kids and the whole thing cost a small fortune, but oh, how fulfilling. I needed the exercise of such a custom more than I realized. “One of the only times you seem calm and happy is when you paint,” my mother used to say, “that and decorating the Christmas tree.”

My love of solitary activity was not something she always understood. My mother was Miss Popularity; she’d been a cheerleader in high school. That deep, warm generosity, a gaiety of spirit, a smiling lightness elegantly concealing a world of pain, her hands waving through the air to Musetta’s Waltz – people were drawn to her. It wasn’t magic; it was logic. And oh, she was the beauty queen, makeup in place, hair done just so, whether handing out sweets or pouring brandy into her tea Christmas morning, chatting gaily to faraway friends on the telephone, her fingers with their lacquered red nails moving between boxes of (homemade) whipped shortbreads and almond crescents and the infamous Godiva box. One year she decided to wear a red satin gown she’d initially bought for me;  I looked over the second-floor railing, bleary-eyed, and there she was, on the phone, waving up at me, her lipstick matching the fabric. Years before I emerged from a retail store changeroom wearing that dress; I still recall the swoosh-swoosh rustling across the spiky berber carpet. Its shiny redness a festive flag against the drabness of that little fluorescent-lit room.

“Ohhhhh,” was the immediate, cooing response. “that’s your birthday gift, then.”  Being broad-shouldered and tall it fit her like a glove, better than me, in fact; there was no pulling at the bust when she wore it (“You didn’t get those boobs from me; thank you father’s side of the family”) and thus it hung like it should, sans pooling around ankles, a puddle of satin where legs should be, and were, in spades, with her. I took a photo of her that morning, my beautiful, big-haired mother, in her sixties then, sitting with her signature movie-star-smile, on one of an immense pair of damask-patterned loveseats on Christmas morning. that dress in gorgeous contrast to the cream upholstery. She wanted to take a photo of me, as ever: “Come on,  smile, it’s easy… don’t be so grouchy!”

I gave those loveseats away this year, a donation to a charity — too old, too many memories, too much dust attraction. Living alone I have no need of such immense things, and having no family of my own it makes no sense — but I still have that photo of her somewhere, perched so perfectly that snowy morning, in that big house I sold two years ago. Amidst my giant downsize this year, I kept that photo, and more than a few related albums; at the time I hesitated, but in retrospect, it was the right thing. Putting the past into perspective doesn’t mean erasing it – or hiding it, being embarrassed by it, or feeling the need to apologize for it. My mother had a contentious relationship with her own troubled past; it’s something I don’t want to repeat. I gave away those loveseats – and the old Xmas tree, and some of the ornaments – because they were her things, not my things. 2020 was the year of My Things, tangible and not, good and (mostly) not. It has been a horrendous but tremendously important year; at times I have wept in ways I have not wept since her death in 2015. Loss comes in so many shapes; sadness has so many variations. The person I am now is not the person I was with her. I recall her saying I was too serious; too brooding, too critical and full of torment. Oh, if she could see me now. I’ve become a soft-hearted, over-trusting, over-generous chump. Apple, meet tree; chocolate, meet box; I inherited more than her slender figure. 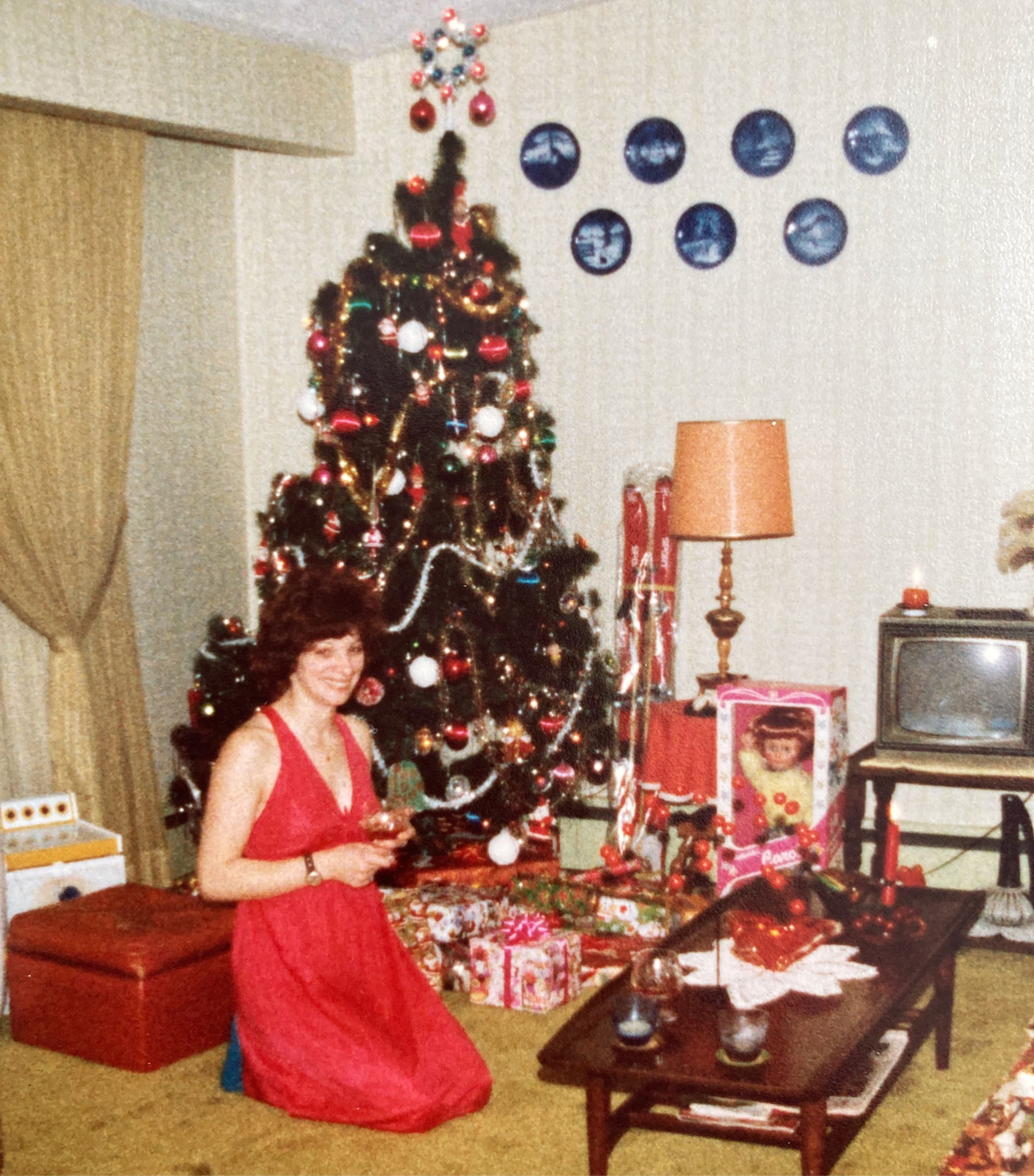 This is not *the* dress (but clearly my mother loved red dresses). Photo: mine. Please do not reproduce without permission.

So this Christmas Eve is for tourtière, tears, and tender memories. December asks for acceptance, and offers hope. May 2021 bear the sweet fruit sewn by immense sadness; we could, all of us, use a fresh start.

Anticipate all parting, as if it were behind
you, like the winter that’s now passing.
For under winters is one winter so endless,
only in overwintering can your heart overcome.