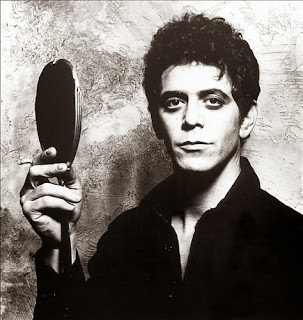 It’s a strange experience, to mourn someone you never knew.

To write of the horrible shock I felt Sunday morning would be too easy. In public, amongst a throng of people on the Lower East Side, I had to swallow my grief and wait -hours – until I had the privacy of my room and the quiet half-lit space of familiar wood floors and white walls to fully mourn. Tears came -and appreciation. And love.

Along with a bevy of beautiful songs streaming through my mind – hell, my heart (because for all of Lou’s impressive, deep intellectualism, he was, above all, a musician of the heart for me) -my thoughts all through Sunday turned back to my first night of living in New York City. I’d been on a bus all night, and had arrived at Port Authority on a grey March morning, bleary-eyed, coughing, exhausted. But I summoned the energy to scamper off to Le Poisson Rouge that very evening for a Japanese earthquake benefit concert featuring Yoko Ono and Patti Smith. The special guest  -a poorly-kept secret as I waited in line, stomping feet to keep warm outside -was Lou Reed. Performing a raucous, gloriously loud and chaotic version of “Leave Me Alone”, he focused intensely on the performance, directing the backing band with a nod or cock of the head, a small frown, a vague hand gesture.

But it wasn’t all dark moods; more than once, this legend, this King of New York, this Factory Poet, this Velvet Transformer, was just a man thrilled to be playing to people in an intimate setting, sharing his work and feeding off the love and appreciation we so gladly provided. He smiled gently at us tiny women rocking out in the front row, and, more than once, our eyes met. His warm smile, the wrinkles at the corners of his eyes, the soft mouth, the sincere gratitude, the joy of sharing this sound, this moment, this rock and roll, this magic… taken together, it was intoxicating, holy, beautiful.

There’s a kind of intimacy that happens between artists and admirers of their work; words, melodies, voices, the colors chosen, the textures conjured, the shapes and shadows dance and smudged and murmured of, the breathing and sighing incantations with a through-line to divinity, striking chords individual, collective, intimate, epic, to rejoice, to contemplate, to worship. From artists’ bearings in live settings to the way they behave alone, bending and shaping lights, shadows, notes and soon-to-be familiar phrases, the thorny-rosy path of creativity always has overhanging clouds that whisper of the intangible connection between artist and audience. 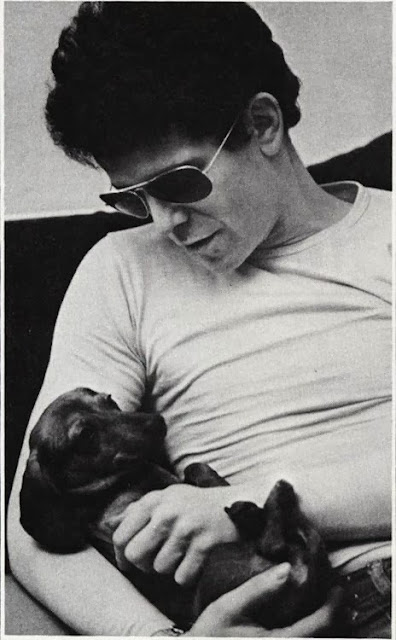 Something I really enjoy about Lou’s work, no matter what it is, is its insistence on being itself -whether that’s noisy, strange, uncomfortable, irascible, or, alternately, beguiling, thoughtful, romantic, dreamy. His artistry defied easy categorization, definition, or labeling. From the rocker-cool of Transformer to the static chaos of Metal Machine Music to the tender poetry of Magic And Loss, Lou was nothing like anyone, but entirely, unapologetically himself. His genius lay in his ability to fuse pop culture with the avant garde; he could capture the most abstract ideas sonically or in words, and simultaneously write very, very genius, and usually very catchy, music. “Walk On the Wild Side” and “Waiting For My Man” are perfect examples of this fusion, painting a debauched portrait of a seedy situation, while nonchalantly mainlining a catchy, earworm-ish  rock sound. It takes real skill to integrate like this -but Lou wasn’t merely a skilled technician; he actually liked -identified -with his cast of characters. He was one of them. That didn’t make him “cool,” as he has been reductively described since his passing; it made him Lou.

There are plenty of articles posted now, from a variety of famous/impressive music and culture sorts: Sasha Frere Jones, Michael Musto, Legs McNeil. There’s also a lot of curiously reductive stuff being written, nay, proclaimed; everyone has a version of Lou, a little box they want to put him in. But his body of work, his sometimes spiky nature, his occasionally contradictory statements throughout the years, they all lend themselves to a sort of Rorscach- like interpretation, as if one could create a Lou-Identi-Kit, piecing him together with any of the pieces that gelled with one’s tastes and beliefs: a dash of Berlin, a dollop of “Dirty Boulevard”, a slab of Bowie, a crumb of Warhol. “The First Openly Bisexual Rock Star“,  a male (perhaps wannabe) Patti Smith, his Spotify lists, what and where he ate — everyone has a tidy category or click-friendly angle (hiding a dull cultural cliche) in which they want to slot him. But as Los Angeles Times book critic David L. Ulin wisely noted,

Poet, songwriter, singer, guitarist: the labels don’t matter. They never did. “But you know,” he wrote in “Street Hassle,” “people get all emotional and sometimes, man / They don’t act rational / They think they’re on TV.”

As a teenager, I immediately attached to Lou’s rebellious spirit, clever lyrics, and dark-shaded image. Growing older, I find image matters less, and poetry matters more. Lou’s music and words made me accept age and all it brings, good and bad; he understood “passing through the fire” happens at all stages of life. Lou’s was a wisdom of acceptance and rebellion simultaneously existing and manifesting in the most authentic way possible, whether in the ballsy experimental Lulu with Metallica, or in writing about his intense admiration for Kanye West’s Yeezus.

On Sunday night, all of New York City’s evening news reports reported on his passing. Like many, I identify him with this city. Walking around the Lower East Side earlier that day, everyone seemed to have a connection: one woman did his assistant’s hair; another woman is friends with Laurie Anderson; another woman organized a private event he was booked to play in November. Everyone in NYC has a memory, an opinion, an idea of who or what Lou Reed was: he was kind, he was arrogant, he was grumpy, he was generous, he was full of himself, he was jovial. No matter the opinion, one thing is certain: his work proclaims its innate authenticity, of being one’s self without excuse, and asks -nay, demands – one manifest that authenticity within one’s own life. That is sometimes a tall order, and yet it feels like the right one, as I wake up every day to a time and place asking for masks, images, lesser, more pliable versions of myself. Authenticity is easy; it’s our need to be liked that sometimes gets in the way. Lou didn’t seem to feel the need to be liked much. Yet he understood gratitude, and the intesne connection between an artists and admirers. That intimacy expressed itself beautifully in the silent / loud rock and roll moments we shared in March 2011 at Le Poisson Rouge. It was and remains the best welcome ever: welcome to the city; welcome to your next life; welcome to You.

When the past makes you laugh and you can savor the magic
that let you survive your own war
You’ll find that that fire is passion
And there’s a door up head, not a wall…