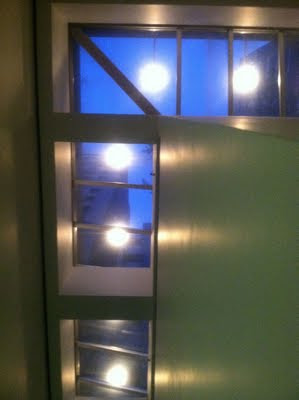 This being both Midsummer as well as World Refugee Day, considering concepts of new and old – and how they relate to the passage of time – seems particularly apt. I’ve been considering these ideas a lot since moving to New York, especially how they relate to one’s physical presence (and simultaneous perceived social absence) in a large urban setting. It’s easy to get lost in the crowd in a big city; it’s even easier to fit entirely, utterly alone amidst the never-ending seas of people.
As a teenager, one of my very-favorite songs was ‘Lonely Town’, specifically Frank Sinatra’s mournful, majestically sad recording from 1957. It so inspired me, in fact, that I wrote an entire story around it, one that later transformed into a screenplay for my university film writing class. Filled with youthful romanticism, it nonetheless reflected my wide-eyed fascination of the mysterious divide between the busy, buzzing world of urban life, and the weird, disorienting position of being completely alone in that environment.
A recent concert I attended beautifully captured this dynamic. The Aventa Ensemble‘s concert, appropriately called Voluptuous Panic, saw four American premieres, and took place at Scandinavia House, a gorgeously designed building with predictably lovely decor and an intimate performance space, the Victor Borge Hall. The concert captured the absence/presence dialectic I’ve been experiencing lately, and writing about madly in my beloved moleskine journal. Something about the mix of cacophony and stillness tapped into the heart of this mystery. Do Nordic composers have a better grasp of emptiness because of the insufferably long winters their respective countries bear? Is there a deeper connection to ideas around nothingness and absence, and their clash with populated areas, because much of Scandinavia is so dark and cold for several months at a time? Per Norgard’s …gennem torne… (…through thorns…) was haunting and morose, but gained some sprightly accompaniment from the impressive harp work of Maria Boelskov Sorenson.Canadian Paul Frehner‘s work, which titled the concert, was playful and boisterous, while the final work, Poul Ruders‘ Kaf Kapriccio, was based on the work of Franz Kafka’s The Trial, and was suitably haunting, with tons of percussive elements like bells and drums and whistles. 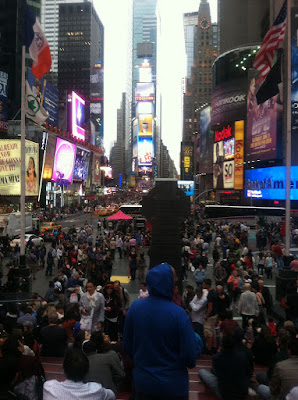 The concert forced a series of questions as to what emotions music, and indeed, art, are meant to evoke: a simple escape from the everyday? An acknowledgement of darkness? An embrace of the void? What is art, if it doesn’t force us into the traffic jams of going to and from that inner void, amidst the honking horns of every day life? The Aventa Ensemble, small yet mighty, captured the confusing, awesomely overwhelming contradiction of alone-ness amidst busy-ness, forcing me to look at not only my situation, but that of many people in a new way. Starting out isn’t easy; sticking with the journey is harder, especially when it feels like “the day that never ends.”
As Gabriel Byrne remarked in his chat with Edna O’Brien, there comes a point where you won’t be at home in either place – back where you came from, or in your new place of residence -and, either way, you’re going to be alone in some sense, whether it be mentally, spiritually, creatively, intellectually, physically, or all of the above. What to do? Maybe Jenny Holzer was right: contradiction is balance. Maybe I should’ve gone to the Abrons Art Center this weekend to get tips from Phillipe Petit on that one. As it is, I think I’ll keep trying to see as much cultural stuff as I can, walking as much as I can, and enjoying the glorious heat — solo, curious, with water bottle and journal in tow.
Photos from my Flickr photostream.
Aventa Ensemblecomposerscontradiction is balancecuriousFrank SinatraisolationJenny Holzerlonely townMidsummermoleskine journalPhillipe PetitScandinaviaWorld Refugee Day