One of the most delightful evenings in theater in recent memory began with a chat about Spider Man: Turn The Dark Off. My companion had seen the much-gossiped-about Broadway show in December, and … she had a few opinions. I haven’t seen the show, and in all fairness, it hasn’t technically opened, so I’ll refrain from commenting, but I will say that our conversation ended with the lights going down, and there beginning a show that couldn’t have been more different in terms of its technical demands. 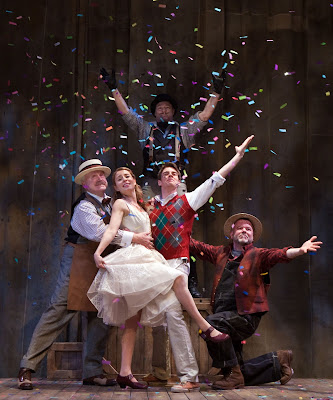 The Fantasticks doesn’t have any high-flying stunts or special effects. At one point, a painted wooden moon is hung by hand and later flipped, to become a coppery, painted sun; in another moment, a quasi-Spanish would-be kidnapper makes a dramatic leap off of a less-than-perilous (try three inch) perch. And in a piece of absolute stage hilarity, we witness a grand (if joint-challenged) stage actor making a slow exit… out of a wooden box. As I said, hardly high-tech. But it’s these small moments that makes the show so special.

The Fantasticks emanates joy. That simple quality is frequently the hardest thing to try to get right in musical theater, especially without looking like you worked for it; as Michael Cohl et al might tell you, you can go through millions trying to make things look effortless, but that one quality – joy -can remain frustratingly elusive. Simplicity -or the illusion of it -can be a powerful element to making an audience believe in the magic of live theater. Toronto company Soulpepper Theatre are currently staging a gorgeous, elegantly simple production that plays up the meta-theatrical elements of the 1960 piece while simultaneously reveling in the joyful heart that beats, quietly and consistently, at its center.

The work, with book and lyric by Tom Jones (not that Tom Jones) and music by Harvey Schmidt, is the world’s longest-running musical, with an off-Broadway run of 42 years (or 17,162 performances). It’s loosely based on Edmond Rostand’s first play and concerns two lovelorn teens and their dueling fathers. Now, you may be scratching your head (as I admittedly did) and saying, “But how can this be so successful? I don’t know the music!” Ah, but you do. Try to remember the kind of September / when life was slow / and oh-so-mellow… and if you remember / then follow…

See? You do so know it. The Fantasticks has become so ubiquitous culturally that it’s almost taken for granted. Almost. In director Joseph Ziegler‘s careful, capable hands, no small detail is overlooked, no moment overplayed, no pause too long. Everything in the Soulpepper production (running through March 24th) feels simple and effortless. It undoubtedly isn’t -musical theater is always hard -but we, the audience don’t see that. Result? Joy. But you knew that.

Krystin Pellerin, perhaps best-known in Canada for her role as the tough-as-nails cop Leslie Bennett on CBC TV’s Republic of Doyle, plays the young, wide-eyed Luisa in The Fantasticks, with the kind of exuberant zeal that you can’t take your eyes off of. Along with her impressive theater CV, Krystin has done a raft of film and TV work -and, as I found out, has one hell of a good singing voice. The Newfoundland native and I recently exchanged ideas about love, voice, and the joy of being a Fantastick. 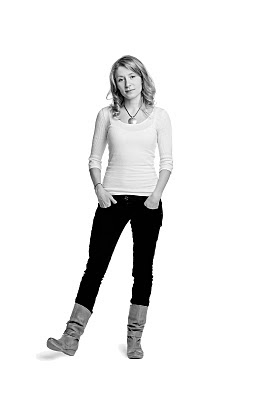 What was your first thought when you were approached to play Luisa?

I was thrilled when (Soulpepper Artistic Director/actor) Albert (Schultz) and Joe (Ziegler) asked me to play Luisa. I was a huge fan of the musical and I couldn’t wait to be a part of it. I was immediately on-board. One of the biggest challenges for me was balancing all the different elements in my mind and in my body.

Initially it felt quite daunting but luckily (musical director) Paul Sportelli and (choreographer) Tim French were there to help us all along and explain how to live within the convention. I learned that I need to keep three brains at work through out the show for singing, acting and dancing and that at different times in the show I need to negotiate how to spend my energy and thought in order to fulfill all the elements involved.

Playing Luisa, one could easily fall into a pastiche of “cute young singing girl” or an ironic winkyness; what did you feel was important to emphasize in terms of making her sincere?

I felt it was important to connect with Luisa’s sense of wonder and determination and her elation that comes with being in love at 16. She also experiences great heartbreak and confusion in her growing up with El Gallo (Albert Schultz). These are all feelings that I was able to identify with and it helped me to stay anchored in the role. 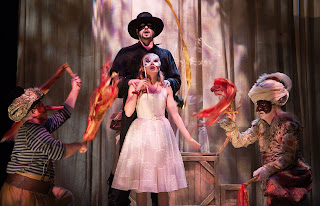 Was there any one role you drew from in approaching this role?

I’m also playing Emily in Our Town this season so she has been in my mind through out the whole process. Her and Luisa sort of co-exist in my brain. I feel that there are a lot of similarities between them. They live in completely different worlds obviously but they are both strong young bright passionate women who learn that what they had longed for most was right in front of them the whole time. They both experience a rough awakening: Luisa, when she is shown the world and abandoned by El Gallo, and Emily when she is allowed to return to her life for one ordinary day. Luisa and Emily inform and complement each other a great deal I think.

I haven’t heard you sing before – what’s that like?

It feels wonderful to be singing again. Luisa is a big sing but the amount of growth that I experienced in rehearsal was amazing and Paul Sportelli was such a huge support to me.

I would love to do more, absolutely 🙂 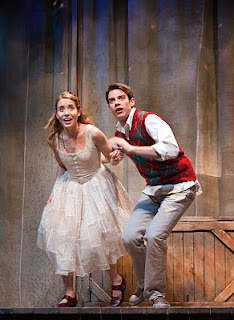 How does your stage history with Jeff Lillico (who plays Matt, Luisa’s love) influence your interpretation?

Jeff and I will also be playing opposite each other in Our Town and that will be our third time playing lovers together. I feel like we know each other really well in a very specific way. We’re usually on the same page when it comes to scenes, we can talk things out very easily and get to the bottom of it a little quicker maybe because we’ve worked together so much. I’m finding that our stage history allows us to play more freely. I feel at ease with him and I think that helps the performance.

When you go from TV and back to the stage, is there a certain amount of nervousness, or nervous anticipation, at performing live in front of people again?

I was really excited to shift from playing a cop to playing a princess. It’s a complete reversal of roles and media and I think it’s the best thing I could have done. There are a normal amount of nerves that come with performing live again but I think it’s invigorating and I think it’s important to come back ‘home’.

I am loving the bouncing back and forth right now. I feel like I am being stretched and I think a lot of good comes from being out of your comfort zone.