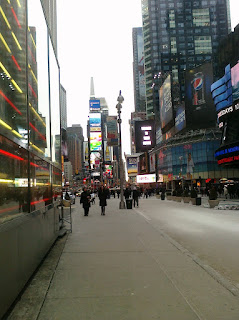 My phone died yesterday afternoon. The main source of my communication with friends and family and the outside world overall, not to mention my camera… gone. *Poof*

Words can’t begin to convey the outright sense of panic this created, followed by the hours of self-denigration. “I used to be fine here without a camera,” I told myself, “why does it matter now? Why should it? Can’t you see the world without wanting to share something every single minute?”
Ah, how life and the world have moved on since my days of wandering New York City as a wide-eyed teenager. Yet looking at -experiencing -New York was a much more visceral experience in the last twenty-four hours of being camera and phone-less. Colors were brighter, noises were louder. I was forced to be fully present in every single thing, and look at curiosities and small shards of beauty -graffiti, flyers, people’s expressions, subway murals -in a very different way. “Subtlety” isn’t a word most people would associate with this city, and yet that’s exactly the quality I managed to somehow tune into (amidst the ego howls of “Go buy a phone… right now!”). I’ve always been a photography enthusiast, but stripped of my equipment, it was as if I was -am -in a living kind of gallery, noting the shadows, fine lines, tones, and expressions. I’ve struck up more conversations with people as a result of not hiding in text messages and emails. I’ve met some kind, helpful people with their own interesting tales to tell -this is unquestionably a city made up of dedicated, hard-working immigrants proud to call themselves both American, and New Yorkers -and I’ve even made friends with a few local fuzzy four-legged creatures who wag tails and chase away my blues at missing my own little pup. I am part of the divine noise of the city, and I sense that connection more keenly as a result of being receptive to it. 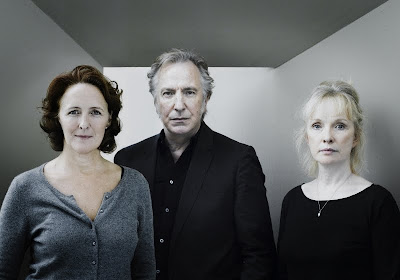 Lastnight I took a trip to Brooklyn to see Alan Rickman, Fiona Shaw, and Lindsay Duncan in the Abbey Theatre’s fine production of Borkman by Henrik Ibsen. I loved the humanity Duncan brought to her role as Ella, the title character’s long-suffering love; played against Shaw’s stern, stiff-as-cardboard wife, it was a beautiful kind of yin-and-yang energy that came together in a beautiful poetic moment by the play’s end. Alan Rickman, was, as ever, masterful, authoritative, and mesmerizing. He has one of the best voices in theater, and is such a powerful presence onstage, that seeing him alone, groping in the dark or standing awkwardly on a stage snowbank, became a masterclass in the art of being fully present -a task that any actor will tell you isn’t always easy. Not having a phone made experiencing Borkman somehow more cutting, its struggles more real, its characters more immediate. I couldn’t get on my Palm Pre at intermission or after the show and tap out “great!” or “you must see this!” I had to sit there, with the salty-sweet taste of Ibsen’s work, working out tone, texture, and timbre of the production I’d witnessed. Going back to Manhattan, I looked out on the lit-up Brooklyn Bridge and Manhattan skyline, and found, in the reflection, that I had a huge smile on my face. 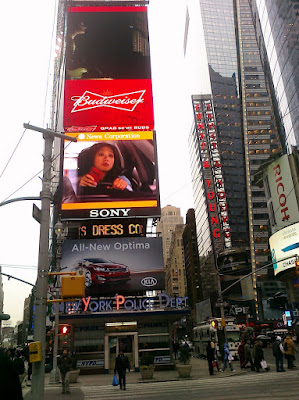 That same feeling -of masterful, joyful, alive presence -was with me as I took a stroll through Times Square tonight. The place has a masterful kind of gaudy majesty at night, lit up brighter than Vegas, as ads for retail everything compete with lit up theatre marquees; it was a strange, if inspiring sight, to see Diddy’s vodka ad beamed next to scenes from The Lion King. As Jenny Holzer noted, contradiction equals balance.
And maybe that’s how it should be in approaching this new-ish world for me -finding the balance amidst the seemingly-impossible, the seemingly-opposite, the mad, the bad, the brave and the fooish. I’ve felt all of those things to varying degrees in the three days I’ve been here. And I want to return -for good -more than ever. One of the sights in Times Square features a gigantic live feed of people below -watching themselves. Would-be New Yorkers are their own entertainment, whether they’re walking, stopping, staring, dancing, laughing, or simply standing and watching the world go by. It was a beautiful reminder for me, and a powerful symbol.
Next stop, work-visa office. Oh, but maybe an iPhone first… maybe.
adsBAMBrooklyncell phoneDiddygaudy majestyJenny Holzermusic of the cityNew Yorkreal peoplereceptiveTimes Square