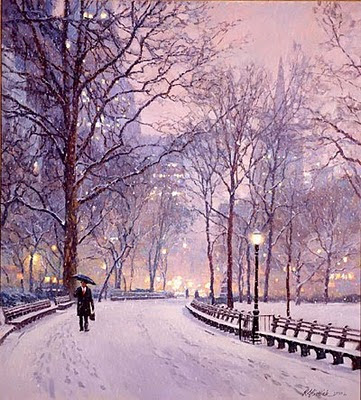 Taking a break from writing, broadcasting, and interviewing has been healthy.

Even with all the stress the holiday season brings, it’s still been good to get a proper break from the normal routine. It resets the brain cells. A lot of changes feel like they’re afoot, and through this break I’ve been able to embrace and explore them, amidst the hub-bub of shopping, wrapping, cooking, baking, drinking, socializing, and… sleeping. The changes aren’t part of a 2011/new-year-resolution thing, but are, truly, a sweeping, every-aspect-of-life thing. It could mean a shift in career objectives; it most certainly means a change in locale.
If you’re been following me on either Facebook or Twitter (or both), you’ll know I’m moving to New York City in the spring. It’s slightly hard to get my head around it, because I’m so happy with my life here in Toronto, but at the same time, a change is very overdue, and I’m definitely the go-big-or-go-home type. You can’t get much bigger than New York. It was with bemused affection that I watched lastnight’s Times Square spectacle; when Sinatra’s version of the immortal theme song of the city came on, I actually got a lump in my throat (and it wasn’t the mix of foie gras and champagne, honest). There’s something about change that’s both inspiring and frightening; it’s built that way for a reason, I reckon. I’m off to the Big Apple in a couple weeks for a reconaissance mission. Expect interesting writings, observations, photos. And may your new year be happy, bright, prosperous, and full of … change, in the best way.

It’s My Life. Don’t You Forget.