Laughter In The Dark 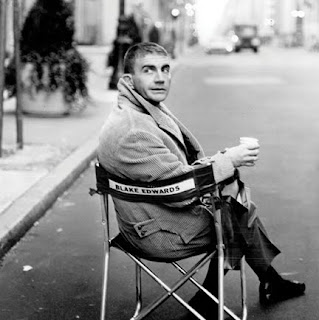 The man behind one of my favorite movies of all time passed away today. I write one, but really, it’s a collection. Blake Edwards‘ influence was so massive in my life, it’s easy to lose track of what he did, when. Reading the excellent obituary in the New York Times, I’m struck by not only his influence cinematically but in a larger cultural sense.

Laughter was one of the foundations of my childhood. My memories of life as a little one are coloured by giggles, smiles, and sometimes, hard-to-control howling fits that frequently happened at the worst possible times (ie church, funerals, big weddings). Humour may be personal, but its effects are universal. When I was a kid, I had a direct through-line to experiencing primal emotions with somewhat astonishing rapidity: sadness came just as fast as fits of hilarity, to be quickly replaced by joy, anger, fear. Like some manic depressive hobbit, I’d cry if someone snapped at me and laugh until my stomach ached at the silly antics of the Marx brothers and, of course, Inspector Clouseau -whom my buddy hilariously imitated, felt moustache, fake accent, and cocked eyebrow in place. Forget The Pink Panther cartoon; I’d seen the real thing (thanks to my super-duper VCR) and I was hooked.

The 1964 movie A Shot In The Dark ranks as one of my favorite comedies. It’s a blend of child-like lunacy and very-adult sexiness. The story of Maria Gambrelli and the corrupt Parisiennes depicted within Edwards’ world delighted me, and indeed, still does. I didn’t get that sexual references as a kid, nor did I care -and really, it didn’t matter. I knew it was naughty without being gross, and I liked the kind of glamorous world Edwards seemed to be both mocking and milking in his work.

That intriguing mix -playing the game of high society/fame/notoriety/in-crowd while simultaneously, unapologetically riping it to shreds -found incredible expression through his famous early work, Breakfast at Tiffany’s (1961 -written by Truman Capote), through the Clouseau movies, into the mad, surreal world of The Party, and even into Edwards’ angry, cynical S.O.B. (the sight of Julie Andrew’s slurring “I’m going to show my boobies!” is one I’ll never forget); it also seeped into 1982’s Victor/Victoria, a movie I loved so much I wore out my tape from repeated viewings. 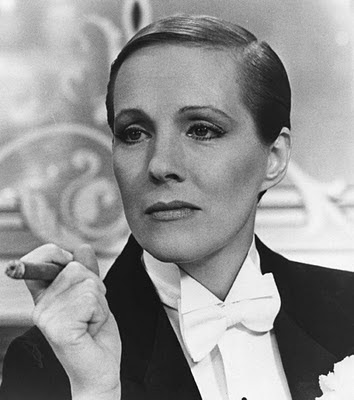 It was probably there that my fascination with gender began; what constitutes “female” / “male”? And why should it matter? Edwards’ work was, and remains, curiously subversive; it’s shrewd in its expression of the in-crowd as being both deliciosly desirable and disgustingly debauched, hailing and applauding the “new” and “daring” so long as it doesn’t threaten their power structure or upset any positions or expectations. Phooey to that, his work said, lightly, if with a knowing wink, ever well-dressed and classy.

What appealed when my cinematic appetites were still budding was the mix of madcap comedy and flair for the aesthetic, along with the unmissable trait that smart and beautiful were natural soul-mates. Elke Sommer’s Maria (in Shot) wasn’t stupid -just good at seeming like she was, especially to smitten men. In Victor/Victoria, Julie Andrews exuded a different, if no less potent form of sex appeal that clearly had roots in the likes of Marlene Dietrich and Josephine Baker. She played a poor pretty woman pretending to be a rich man who went onstage to be a glammy hot woman. (Oh, and she/he wound up having a macho-man fall in love with her/him.) It was funny; it was touching; it was in Paris and featured beautiful costumes, and amazing music. Casting Music Man Robert Preston as “Victor’s” impressario was genius. And yes, it was entertaining as all hell, but there existed within Victor/Victoria some important questions -ones we’re still grappling with, singing about, dancing around, and celebrating.

Blake Edwards will be remember in many different ways, by many different people. I remember him as being the filmmaker who taught me some of my earliest lessons about the nature of art, comedy, and what exactly Groucho Marx meant by not wanting to be a part of any club that would have me as a member. Amen to that, and thank you, Mr. Edwards. I’ll be watching A Shot In The Dark tonight, on my old VCR, laughing, smirking, and remembering.

It’s My Life. Don’t You Forget.