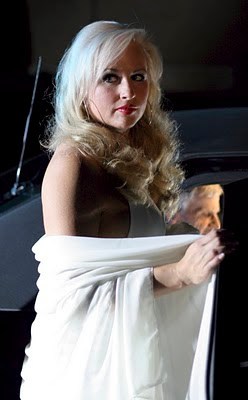 Long after I’d seen Amazon Falls I was thinking about it, about how we perceive celebrities, and about how far I’d go to chase my dreams. I was also thinking about how incredible it was that this movie, shown as part of this year’s Toronto International Film Festival, got made in such a short space of time.

Director Katrin Bowen had originally planned on making another feature, but when that fell through, having already assembled a team, decided -bang -to make Amazon Falls, which explores the dreams and painful realities of being an aged-40 female actor in Hollywood. Partly based on her own time as a Troma performer, Bowen astutely cast former beauty queen April Telek as her leading lady, and fills the screen with all manner of creep and player, including a memorable turn from former X-Files baddie William B. Davis as a predatory producer. Also notable is the gorgeous, sparse score from Step Carruthers that nicely compliments the main character’s harrowing experiences without ever imposing saccharine emotion. Though the tale of broken Hollywood dreams is common, there’s nothing saccharine, or predictable about “Amazon Falls” or its characters.

Indeed, it isn’t incidental that the film is dedicated to Lana Clarkson, the female B-movie actor who became tragically mainstream-famous only in death; legendary music producer Phil Spector was sentenced for second-degree murder in 2009. If ever there was a perfect distillation of the Hollywood dream gone bad, that sad situation had to be it. The connection to Clarkson, and the thousands like her, is felt all through the movie, and not just via the similar names. Even days after viewing the film I was still thinking about Jana (played by April Telek), and the thousands like her who sacrifice everything -home, family, dignity, sanity -in the name of getting that one dream part that will (or, more than likely, won’t) change everything. In a broader sense, Amazon Falls poses some tough questions: how often do we tell ourselves lies -about career, relationship, strengths, weaknesses – and how damaging are they in the long run?

Katrin Bowen and I talked about this and more during our interview amidst the madness of TIFF; she’s enthusiastic, passionate, and, like the many filmmakers I interviewed this year, really articulate about not only her own work but the themes she deals with, notably the way women are treated in Hollywood. We spoke on September 13th, just days after the film’s premiere, when “Amazon Falls” was receiving a boatload of buzz:

The movie screens one more time as part of TIFF, at the Yonge-Dundas AMC at 9:15pm. The fest -indeed, the entire film industry -might look a little less glam afterwards, but any dearth of faith in the power of film will be swiftly, powerfully restored. Thank you Katrin, and thank you to all the Janas out there, toiling, fierce, and ever-glamorous.

I Want To See This Movie