The Face In The Mirror Won’t Stop

A few nights ago, I watched a special on The Doors that aired as part of the excellent series American Masters. When You’re Strange, written and directed by Tom DeCillo and narrated by Johnny Depp, explores The Doors’ meteoric rise to fame in the late 1960s. The piece featured footage of a bearded, shambolically (and possibly shamanically) hot Jim Morrison bombing through the American Southwest in a badass Mustang as flashbacks of the band’s history and most memorable (and infamous) moments were detailed.

Watching it, I was transported straight back to my teen years, when I worshipped Morrison’s flow of words and The Doors’ peculiar, Weill-tinged, carnival-meets-jackhammer-like sounds. I dreamed of the day I’d go to Pere Lachaise cemetery and throw myself dramatically over his grave, all tears and brandy breath, mounds of black velvet and raccoon-kohl eyes appropriate garb for the sighing romantic leanings of late teen-dom. In retrospect, I don’t think The Doors were meant to last. As Depp intoned in the documentary, Morrison was a “trapeze artist” -one who, alas, couldn’t fly as well as he or any of us (past or present) wished. His military-man father, both shockingly unimpressed by his son’s ascent and strangely prescient of his demise, was launching squadrons of fighter planes in the Vietnam war as people stared at the dark, Greco-Roman beauty that suddenly emanated from the dull, puke-coloured walls of the Ed Sullivan Theatre. 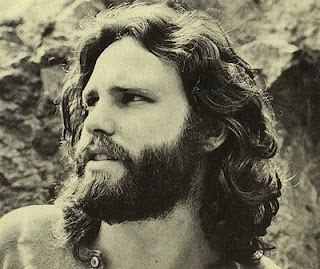 Looking at him in his “later” years (his 27 seemed more like 57), the iconic singer/poet seemed amused by his fame even as he was appalled by it. The constant demands it made -on appearance, as well as creativity -were ones that, in his eager immaturity and self-conscious mythology, were ones he seemed singly ill-equipped to deal with. It’s interesting to note how the doc’s narrator, Johnny Depp, has escaped such notions but, in the process, has also accepted the reality that his grave may very well have “yarrr” scrawled across it. I suppose living in France -the land of Gitanes, good cheese, great wine, and better conversation -probably helps.

De Cillo eschews using talking heads in When You’re Strange and instead opts for narration, unseen archival and personal footage, and basic storytelling. He also has written Depp’s lines in the present tense, so we’re experience Morrison “in the present”, as it were. “Both innocent and profane, he’s a rock and roll poet… dangerous and highly intelligent,” continued Depp, “no one’s had this exact combination before.” True enough. But if Morrison’s sneering rebellion against his fame was to grow a beard and gain a beer gut, it didn’t quit work. It increased the mystique around his quasi-poetic leanings, and as the documentary points out, just before his death, Morrison was ready to return to America to start recording with his abandoned, vaguely churlish bandmates. But it wasn’t meant to be. Jim joined that great “feast of friends” that would include Janis Joplin, Jimi Hendrix, Brian Jones, Keith Moon and John Bonham. 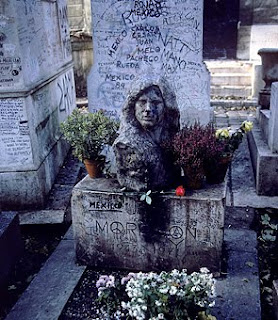 But let’s not be predictable here and place him, leather-panted and head permanently tilted, in the pot-smelling pantheon of the Young-And-Tragically-Dead Rock Stars. Hooey. I think of the late “trapeze artist” the same way I think of Arthur Rimbaud: young, beautiful, dangerous, peevish, stupid, reckless, and damnably gifted. Tom DeCillo’s documentary underlines the leanings to poetry, art, music, and this constant drive to live-live-live even as the trip to the desert ends, the music’s over, the resurrection subscription is canceled. Wherever he is, Jim is smirking: he’s always and forever resurrected, thanks to a million different thrills, from photos to Youtube to the appalling streams of tours with lines of earnest, if absolutely wrong lead singers.

“Nevermore!” cackles Jim from the great beyond, before adding, in that famous woozy baritone, “Is everybody in?“

Yes, of course. Some never left. We just got older, an inevitable reality that, like screaming fans, singalongs, and autographs, requires patience, fortitude, and grace.