Luminato has announced its music line-up, and wow, what a gaggle of goodies to behold.

For those of you wondering what the heck Luminato is, voila: it’s a ten-day, kick-ass culture fest that’s happened in Toronto every June since 2007. When it began, some people sniped that the money being poured into it would be better invested with various Toronto-based arts companies, but frankly, David Pecaut & Co. had something far more larger -and more worldly -than the local yokels envisioned. Partnering with cosmetics giant L’Oreal, the arts leader helped to bring a myriad of accessible, fun, internationally-minded cultural happenings and figures to the city. For ten days every June, Torontonians of all stripes get excited about all things artistic -which is quite a feat, considering how hockey-obsessed a town this usually is.

Past years have featured some truly beautiful programming, including a sexy, gorgeous, East Asian version of A Midsummer Night’s Dream directed by Tim Supple and the award-winning Black Watch by the National Theatre of Scotland. Last year’s music events included a tremendous Neil Young tribute (featuring Sarah Slean and Steven Page, among many others) and two concerts (one free) by Balkan superstar Goran Bregovic, whom I interviewed. As Luminato CEO Janice Price reminded the assembled guests this morning, 80% of Luminato events are free; to me, this means they want the biggest number of eyeballs gawking at their stuff -or, to put it another way, the greatest numbers of bodies dancing, laughing, and enjoying the being-togetherness of arts events as possible. I’ve seen some combination of all of those at various Luminato events through the years. English, French, Sanskrit, Serbian -language melts away in those moments when you’re sharing a cultural event with a crowd. I suspect it’s that kind of wordless joy Luminato’s aiming at. 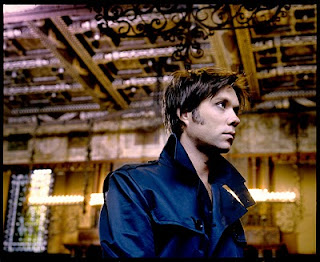 This year’s music selections are proof positive of the fest’s approachability and range. Rufus Wainwright‘s opera Prima Donna is making its North American premiere (I listed it as one of the things I most want to see in 2010), and he’ll also be doing a solo concert based on his recent record release, All Days Are Nights: Songs for Lulu (Universal Music). There’s something so unapologetically European about Wainwright; despite his Canadian musical pedigree, I’ve always found him to have a style, sound, and sensibility far more suited to ‘the continent‘. His participation in last fall’s tribute to Irish artist Gavin Friday (at Carnegie Hall; produced by Hal Willner) only cemented his worldly, exploratory approach to artistry. I can hardly wait to see him. 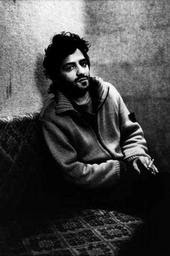 Luminato 2010 will also feature an outdoor concert called Rock the Casbah, to feature the terrific, lively French/North African band Lo’Jo, as well as the punk-meets-Arab sounds of Rachid Taha, whose 2008 Toronto concert was one of the best live shows I’ve ever attended. Taha and his band are infectiously good; like Brega, they don’t sing in English, but it hardly matters. When you’re dancing, you don’t really notice, though you might recognize Taha’s cover of The Clash classic song the event is named after. Both his and Lo’Jo’s inclusion in Luminato is a testament to the festival’s breadth of vision and its open embrace of wider cultural patterns. So too is Malian master Salif Keita, who will be taking part in Global Blues along with Cuban band Mezcla, a danceable jazz-blues fusion group led by Pablo Menendez. There’s also John Malkovich -not sure if he’s singing, but playing a murderer, with music provided by the Vienna Academy Orchestra, has to be pregnant with all kinds of operatic-like drama. Called The Infernal Comedy: Confessions of a Serial Killer, the work is based on the true story of celebrated Austrian author and notorious murderer Jack Unterweger. Talk about a worldly vision. 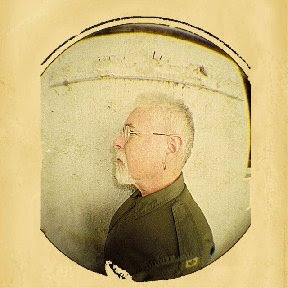 That doesn’t mean Luminato forgets about their home and native land, however. The Canadian Songbook has been a staple of the fest, and this year will feature a tribute to the work of Bruce Cockburn. He’ll be sharing the stage with friends and musicians, including fellow Canucks Hawksley Workman, Margo Timmins (of the Cowboy Junkies) and Michael Occhipinti, with more to come. At today’s announcement, Cockburn called his inclusion in the festival a testament to his “longevity, persistence, and refusal to disappear” and added, smiling, that he’s “looking forward to the peculiar things they’re gonna do with my stuff.” He seemed genuinely chuffed at the tribute, observing that his usual creative method in the past would be to “record the songs, forget about them, and make room in my head for new ones.”

Cockburn’s inclusion is interesting in light of his previous anti-corporate past; Luminato has always been upfront about its close partnership with L’Oreal. The cosmetic giant’s Canadian section President and CEO, Javier San Juan, noted in his opening remarks that there had been, at the beginning of the fest, concerns in the combination between arts and business. San Juan emphasized the equal partnerships that exist between all facets of Luminato; concepts of working together closely and demonstrating a larger vision of the arts and its relationship to everyday life, were always priorities, and in case you have doubts, look at the programming. Even Cockburn, with his anti-logging, pro-environment, fantasy-rocket-launcher tunes, is getting on the train for the sake of his art. It’s just one event I’m deeply looking forward to. June is going to be full of celebration.

Sex On A Plate