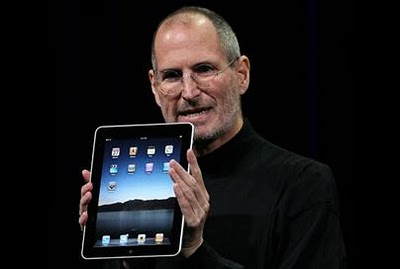 Apple unveiled its latest creation today, the iPad, which is aimed at filling a gap between laptops and smartphones. Was this necessary? Techheads might argue yes, but I’m not entirely convinced. So many technological gizmos derive their value from the fresh-off-the-shelf shinyness than their day-to-day practicality -though I freely admit there is a kind of decadent, delicious value in the revelry of the new. Who didn’t want an iPhone when it came out? I sure did, and though I suspect the attraction to the iPad has a number of variables -age, profession, traveling needs -what Steve Jobs et al is banking on is, of course, consumer dedication to electronics of the Apple variety.

However, I am concerned about what the iPad means to publishers -of books, magazines, and newspapers. According to a report in my morning paper (remember those?), the figures for those who consume news online is rapidly rising, especially among those under 55 years of age. According to the Globe and Mail‘s Simon Houpt, who is quoting the Consumerology Report from Toronto ad agency Bensimon Byrne and the Gandalf Group research firm, 65 per cent of respondents engage in online news reading every day. This compares with 51 per cent of those who read print. Houpt quotes David Herle, principal of the Gandalf Group, who note that “most people under the age of 55 now prefer to get their new from online source than from (printed) newspapers.” 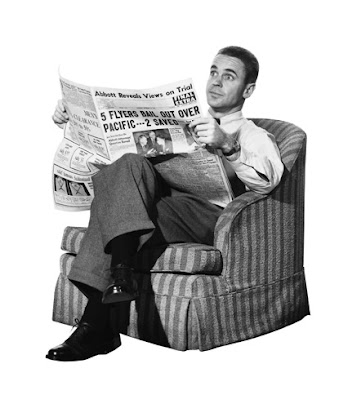 What does this mean for journalists? It’s an issue that’s still being bitterly debated –online, in print, on the radio, and television. Whither the revenue streams? Questions are similar when it comes to books. According to Yahoo Tech Canada, “Authors can have books accompanied with video, colour photos, can change the font size” -that’s truly incredible. I can see where iPad enhancements would (will) be wonderful for things like cookbooks (I’d love to see extras from the French Women series by Mireille Giuliano) and even non-fiction (Terry Gould’s harrowing “Murder Without Borders” would be incredible, or any number of biographies, for example), but when it comes to fiction, I want my own pictures, thanks so much. All that digital hoo-ha is for naught if you have a crappy story. And, not to sound terribly old-fashioned, but isn’t the mark of a good author the power they have to paint a unique mental picture in the minds of each individual reader?

There’s something so soothing to me about the tactile nature of the printed word. Don’t get me wrong: I absolutely love online news -I admit to being a complete junkie, and I’ve worked in it for most of my journalism career. But first thing in the morning, bleary-eyed and messy-haired, I want the slippery feel of newsprint and stained fingertips from printing press ink as I sip a hot cuppa and pick at toast. When it comes to books, I crave the smooth-rough feel of paper, the cut edges, the flapping jacket covers. I know, I’m a romantic. But the iPad isn’t for romantics. That’s okay -there’s room for all kinds, types and gizmos in this world. Just be sure to keep your paper handy when the tea spills.