He Understood. He Really Did. 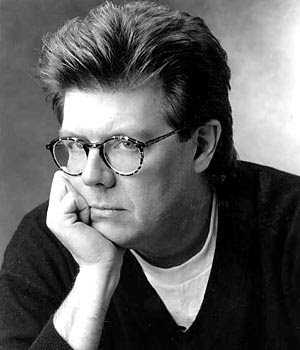 This is turning into the summer my youth died.

First, my favourite singer as a child passed away last month, and now comes word my favourite filmmaker as a teen is gone.

John Hughes died today at the far-too-young age of 59. Filmgoers of a certain age and generation will remember him for classics like The Breakfast Club, Sixteen Candles, Some Kind of Wonderful, Planes, Trains and Automobiles, and Weird Science. he also wrote or co-wrote the hugely successful Home Alone series.

Hughes was the man behind two of my favourite films: Pretty In Pink and Ferris Bueller’s Day Off. I felt a real kinship with the awkward misfits and gawkish outsiders that populated Hughes’ world. He was a champion of the underdog, but not in a patronizing, grossly over-moralizing way. Some of his characters -and lines -may have veered into cartoon territory at points, but those of us who went off to our local mall cinemas back then didn’t care; Hughes spoke for us through Andie and Ducky, and Ferris and Cameron. 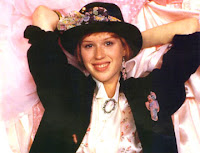 As an entirely-non-confident teen girl, I especially appreciated his casting of Molly Ringwald in so much of his work; while pretty, she wasn’t model-esque and perfect in appearance, and she never came off for a minute as being pretentious. She seemed… awkward and unsure, kind of like me, still feeling her way into her own physicality and personality. Her portrayal -as well as the writing -of Andie in Pretty In Pink was spot-on when it came to exploring the crap of being the lone daughter of a single parent with limited resources. I could relate to Andie’s embarrassment at where she lived, her awkwardness going after the rich boy, her pain in missing an absent parent, and her exhileration in moments where self-expression triumphed. It was simply a wonderful film for me, and a real moment that marked my path through youth-dom.

Then, of course, there was Ferris Bueller. The character -indeed the film -was a radical departure for Hughes’ style, in that it portrayed a popular teen -someone who came from the supposed “right” side of the tracks, who was well-liked, and generally set up to be hugely successful in life -going about his day avoiding the drudgeries of school. It played like a teen fantasy, with an air of high-class awesomeness I still adore: Ferris, Sloan and Cameron take a classic Ferrari to downtown Chicago, where they go to the Art Institute of Chicago (where, among other works, they admire Seurat’s famous painting A Sunday Afternoon on the Island of La Grande Jatte in the process), visit the stock exchange, have lunch in a super-posh restaurant and join a street parade. Not too many teens have tastes that sophisticated (I did, natch -which made Ferris that much more awesome to me. I half-expected a scene in which he went to the opera!).

Ferris is wise beyond his years, bored of the high school scene, bored with unchallenging work, and eager to challenge the impotent idiocy he sees surrounding him. Sure, there is a huge streak of nihilism to Ferris… but there’s something incredibly likeable about him too. He’s faithful to his friends. He’s willing to take the fall. He probably did marry Sloan. And he probably sang in many more parades. The sheer joyousness with which Ferris approaches life is awesome. No wonder Cameron says “he can do anything…”. Yeah dude. That’s the point. Now go do it yourself, the movie -indeed, Hughes’ career -urged. Go. You’re you, that’s awesome, go.

There’s something fabulously celebratory about Hughes’ work, a quality I still find captivating, even now, more than twenty years after seeing his work for the first time. His observations, written and directed from a teen point of view, were unique for the moment, and so tied to a specific time and place. But like a lot of good art, they’re also timeless. Like many today, I feel like I’m mourning a friend. And I’m mourning the man who understood what it was like to be a teenager. He really got it. There will never be another John Hughes. Thank you, sir.

I do have a test today. That wasn’t bullshit.
It’s on European socialism.
I mean really, what’s the point?
I’m not European. I don’t plan on being European.
Who gives a crap if they’re socialists?
They could be fascists anarchists.
It wouldn’t change the fact I don’t own a car. -Ferris Bueller