Amidst the busy times of the past few weeks, I find I’ve been craving an old friend: a good book. Not only do I miss the act of reading (it’s the perfect excuse for getting away from the too-addictive computer), I miss the magical, enthralling spell that’s cast by the pull of a wonderful book. In no particular order, I felt this inimitable tug of magic over the following works:

–Divisadero, by Michael Ondaatje. I generally love anything Ondaatje -I think of him as a poet who happens to write novels. Every time I see him out publicly at an event or opening, we exchange little smiles. I’m sure he’s used to people (okay, women) swooning over his work. No one tells a story (or indeed, reads their own work) the way he does. Beautiful, magical, breathtaking -just a few words to describe his work, and indeed, the wonderous rapture I was sent into reading Divisadero. I read it in four days.

–The History of Love, by Nicole Krauss. I hadn’t realized when I picked this up that Krauss is the spouse of another of my favourite authors, Jonathan Safran Foer (more on him below). This is only her second work, but it packed a huge wallop. I read it when I got back from my last trip to Hungary in 2006; it turned out to be the last time I saw my father. Reading Krauss’ work, about family, community, memory, but most of all, love, was an emotional trip of the highest order, and yet one of the most solemn, quiet experiences too. I remember not wanting to finish it, and purposely limiting how much I would read at once. I cried when I did finally finish it. Magnificent. 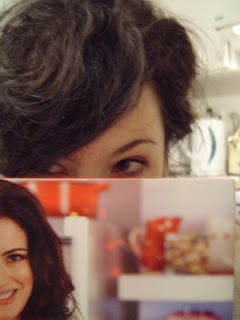 –Extremely Close And Incredibly Loud, Jonathan Safran Foer. Like Krauss’ book (above), Foer’s work involves the interactions of kids and adults, in sometimes-scary, sometimes-confusing situations. The brilliance of the work, and what really struck me when I read it, was the way Foer used words on the page, and the design of a book itself, to facilitate telling his story. It wasn’t just words; it was images. Typeface was used as narrative at points. And this cleverness was never an end in itself, either -the book has a huge, wonderful beating heart. Again, cried when I finished it. Tried reading his earlier work, Everything Is Illuminated, but just couldn’t get into it. Alas.

–The Curious Incident of the Dog In the Night-time, Mark Haddon. Another book involving a curious child. Maybe it’s an unconscious attraction on my part (some kind of scratching at innocence?), but this book, like Foer’s and Krauss’, deeply touched a nerve -or several -in me. The outright vulnerability of its main character, a brilliant, autistic boy, and the way he views the world -including his bickering parents, and a murdered neighbour’s dog -is gorgeous, heartbreaking, and enthralling. I motored through it in a week.

–The Flying Troutmans, Miriam Toews. Two kids travel across North America with their loopy aunt to find their father. Sounds a bit like a sitcom, right? Well it’s better than that. Sure, it’s laugh-out-loud hilarious (which I actually did, at points, do) but it’s also utterly heartbreaking at points, unsettling at others, and always shot through with Toews gorgeous blend of wry observation and loving care. To borrow a Blakean phrase, I love the mix of innocence and experience in this work, which I read in about five days. I interviewed Toews for this too, which was a huge treat.

–Atonement, Ian McEwan. Okay, maybe there’s a theme here; this one involves children too, specifically the grand lie told by one malicious little girl, who grows to be absolutely tormented by it. No, I didn’t see the movie. Like many people who adore the original book version, I was worried it wouldn’t live up to my imagination (how could it, really? Can any book? Ah, that’s another blog… ). McEwan’s tale of family, memory, responsibility, and again, love, is deeply haunting. I love it when a book stays with me -and Atonement was floating around my consciousness for weeks after I’d finished it. That’s a mark of its greatness.

But, after riffling through my basement, with boxes full of books still unpacked from my time living in Stratford, as well as numerous bookshelves all around the house lined with works, I still haven’t found something to pique my curiosity or passion. And I’m absolutely craving a wonderful, enthralling, delicious read. I’m not a “summer book” kind of girl. Yes, I went through the Sophie Kinsella phase… but that’s over now. And I’m seeking a proper meal of a book. The rediscovery/embrace of my gypsy past has me leaning towards a good fictional tale that incorporates real-life elements of that culture, but I’m open to ideas. Anyone have suggestions? Bueller?