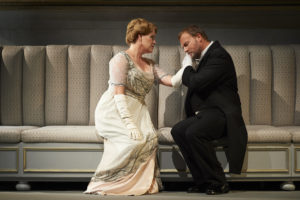 Hearing Tomasz Konieczny speak, you can’t help but think “well of course he’s a singer.” But he didn’t start out as one.

In a recent chat I had with the Polish bass baritone, who’s currently in Toronto for the Canadian Opera Company’s season-opening production of Strauss’ romantic comedy Arabella (running October 5th to 28th), Konieczny admitted that being an actor first was a hindrance, not a help. As you’ll hear, re-learning everything anew was not an easy task. While there is a greater focus on acting in opera these days (especially since the advent of the Met’s Live In HD series, where gesture is writ large on cinema screens around the world), sometimes knowing the acting part first makes things harder, not easier.

I first heard Konieczny as Il Commendatore in Mozart’s Don Giovanni, in a compelling 2014 Salzburg Festival production by Sven-Eric Bechtolf. (I liked the production on DVD so much I had to go see it live for myself at its revival in Salzburg in 2016, though Canadian bass Alain Coulombe sang the role). What strikes me about Konieczny is how he modulates authority; his Commendatore, for instance, was commanding (as the name may imply), but it was also restrained, which is something not always conveyed when performing the role of a ghostly, avenging father. His performance oozed a quiet kind of power that was hypnotizing, creepy, and very memorable. Konieczny performed the role again this past spring, in a production by the famed director Robert Carsen, at Teatro alla Scala Milan, opposite Luca Pisaroni’s Leporello and Thomas Hampson’s Don. 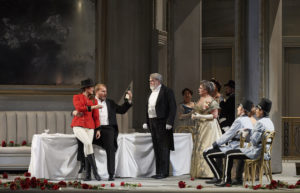 Along with discussing the challenges that come with moving between various roles (Konieczny has a long and impressive resume that includes a lot of Wagner roles), he and I also discuss voice types, a debated area in the singer world; while some are comfortable with the ‘bass baritone’ label, some are very much not. Konieczny provide a helpful template for how to think about these voice types. We also talk about the romantic Mandryka, in Arabella, a role he’s well familiar with (having performed it a numerous occasions with the Vienna State Opera), and the influence (or not) of aristocracy and money on his character in Strauss’ 1933 comic opera.