The opportunity to sit with a piece of art, undistracted, has become a luxury, especially for those of us with stressful lives. Amidst the hospitalization of a parent, my own health woes, and a skunk-sprayed pet, having the time (mental, emotional, spiritual) and space to just sit with something artistic (and not fall asleep) has been a rare and much-longed for thing, a wish that vanishes with too much wind and implodes with too much noise. Time, place, and condition, of house, of hearth, of heart, have to be just so. It felt like a blessing to have a recent evening where all the phone calls had been made, all the dishes had been washed, and the skunk stench has dissipated enough to allow for clear thinking and open listening.

I was a huge admirer of U2’s work in the 1990s; a sense of adventure, in the sonic, lyrical, and especially visual senses, pervaded every creative choice they made at that time, and I suppose it reflected a more open and adventurous approach in my own life. I also loved the bald, raw honesty of Bono’s words, the way they swirled and stomped about with a ferocious kind of poetry, and the deep, dark places he and bandmates Adam Clayton, Larry Mullen Jr. and The Edge boldly stepped into, with nary a look back. The combination of innate playfulness, balls-out experimentation, and unapologetic intelligence was intoxicating, and even now, listening to Achtung Baby or Zooropa or Pop (or even some moments on the Passengers project with Brian Eno) sends chills down my spine. It’s hard to describe the incredible nature of cultural discovery that U2 (and their inspirations) provided the soundtrack for in my younger days; I delved into the work of Genet, Duchamp, Basquiat, Antonioni, and innumerable others, with Joy Division, Patti Smith, David Bowie, and The Ramones on in the background. New worlds opened up to me — new ideas inside me were enthusiastically birthed and raised — and, at the time, it felt like so much of it had sprung from randomly seeing a guy writhing around in a pink shirt, and thinking, “hey, that’s a good song… I can dance to that…”

Alas, people change, circumstances change, the only constant thing in life is change, and so, my interest in 2000s U2 output plummeted. I can’t explain it, except to say that I didn’t feel the same kind of connection or fire-lighting inspiration. That changed, however, with the release of No Line on the Horizon; a sense of adventure was palpable in many of the songs from the 2009 album, and I loved the fact that, despite the quick hit / MP3 / downloadable / disposable nature of music in the 21st century, the work still felt like a complete thought, as an album, rather than a series of singles. There were flashes of rawness, realness, and plain old… mischief. It had stuff to dance to as well. And the cover art, by Hiroshi Sugimoto, was (is) poetic and beautiful. There was something daring about the entire venture, and it engendered a kind of new/old respect that pushed my artsy buttons.

I didn’t see the mammoth 360 tour, however; it was out of reach financially, and I just didn’t have the back strength to stand for any length of time. Something in me snorts at the possibility of having any kind of profound creative experience in the super-corporatized tour world of the 21st century as well (this could be cynical old age creeping in), but one moment (glimpsed via YouTube) that did impress was when you couldn’t see the band at all, during the performance of “Zooropa.” Done behind a huge metal sheath with the glorious sound blasting out, it was as it the band were begging its worshipful audience, “Please, forget the screens, forget the effects; just use your own imaginations, pretend you don’t know us, and just listen.” Absence created presence. It was, for me, truly a profound statement, one made all the more powerful for being made in such an immense space by an immensely influential group, and it’s one that still resonates.

That dance, between absence and presence, powers Songs of Innocence, released last year. I put off listening to it because I wanted the space, the time, the energy to simply be with it, uninterrupted. Just sitting and spending time with an album is, ridiculously, a kind of a luxury now, so great are the demands on our attention. But, turning off social media, TV, radio, and phone, and simply letting the music wash over me, the way I did in the 80s and 90s when I’d get a new album, felt like the most cleansing kind of ritual. Amidst the tidal wave of frustrations, setbacks, and challenges of late, it was the right time to step into the world the album offered, eyes, hands, and heart wide open. 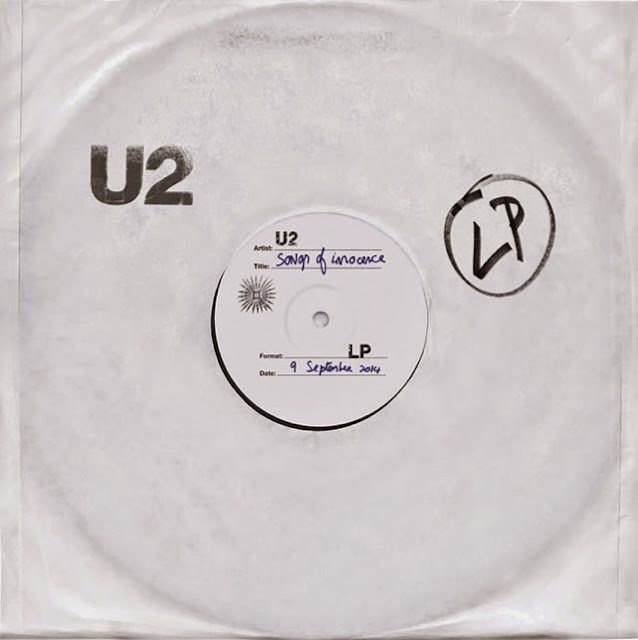 Its title, referencing the work of William Blake, is a bit misleading; this is a very adult album that looks back to find strength and wisdom in the wide-eyed, pillow-lipped, deep-breath state of youth, and uses that energy to find meaning in the present. Many of the songs have a certain wistful quality lyrically, while there are also some searingly honest moments that feel confessional through not only words but sound; “Sleep Like A Baby Tonight” defies its peaceful title by having a creepy, Throbbing-Gristle-esque electro undertow that provides just the right note of discomforting menace that paints a nightmare portrait of abuse, while “This Is Where You Can Reach Me Now” has a pulsating pseudo-dance beat that fits its anti-hero ethos and nicely salutes the sounds on Sandinista by The Clash, a fitting tribute to its Joe Strummer dedication. There’s also the continuance of charming geography here. In the 1980s, there was “Red Hill Mining Town” and “Heartland”; in the ’90s, “Zoo Station”, “Miss Sarajevo”, and “Miami”; in the 2000s, “New York”, “City of Blinding Lights”, and “Fez/Being Born.” Now there’s “California (There Is No End To Love)” and “Cedarwood Road.” It’s interesting to consider the contrasts between the latter two, one so rooted in the present, the other so firmly ensconced in the past; this push-pull of contrasts gives the album much of its power, with love and aggression, loss and abundance, acceptance and anger, and of course, presence and absence, providing a kind of dialectic undertow that reveals and conceals at once in a maddening, if eminently listenable dance of modernity. 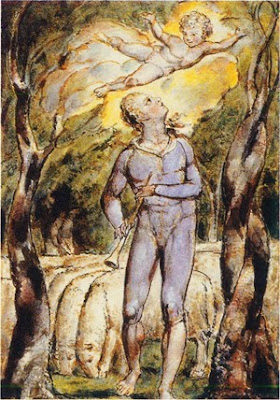 Right in line with this dance are the album’s words. Bono has always had a special knack of making the epic, intimate, and of making the personal, universal in his lyrics. Here he’s co-credited with The Edge in lyrics writing duties, but one can still discern the heart, the art, and the electric shock of a life lived so full so as to be bursting with profane (and profound) contradictions. I felt a special, and deeply personal twinge in hearing his plaintive tenor deliver the line, “I’ve got your life inside of me” in “Iris (Hold Me Close)”, a song about his too-soon-departed mother. It’s one thing to hear a favorite artist belt out something personal; it’s quite another to hear them shout out the pain you happen to have felt over the course of a week filled with hospital visits, phone calls, and meetings. The absence of a mother figure, while always powering work creatively, holds a special sheen here, because it’s that absence that works as a kind of guiding presence that allows forward momentum along creative avenues — ones fraught with dangers, darkness, and dreariness, true enough, but also filled with “cherry blossoms,” with seashores, with light. Those things can’t exist without the other. Innocence can’t exist without experience, and vice-versa. Inspiration can’t exist without ennui. Absence can’t exist without presence.

And so, this is an album about balance, regeneration, and contemplation, and one that, perhaps, couldn’t have been enjoyed and experienced at a better moment, amidst the phone calls, the hospital visits, the surgeries, the skunk smell, and the dirty dishes. Am I a fan? No, I’ve never, ever felt comfortable in that camp. Am I grateful? Yes. Thank you for putting that in my iTunes, U2. My world’s a little richer,  and a little brighter. Innocence is both more wide-eyed and astute, and experience has never tasted more bitter or sweet, at once. Contradiction truly is balance, and that’s probably how it should be. Now I’m ready to dance.