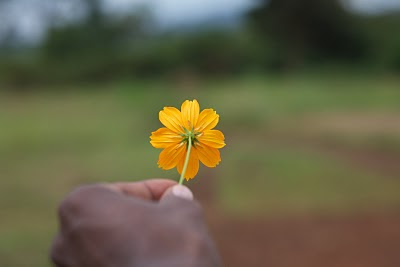 As with Part One of this feature, fate kindly provided me with the perfect intro for the next part of my Q&A with Project Diaspora co-founder and photographer Teddy (TMS) Ruge. The past week’s momentous events in Egypt are astonishing, inspiring, overwhelming, and frankly… past all the puny adjectives I can muster.
Past that astonishment, one of the first things I wondered was, how will this affect the rest of the continent? As politicians and pundits wring their hands (rightly) over the effect the Egyptian revolution will have on the Arab world, I sat this past Friday afternoon, squinting at the television, and wondering how it’ll affect the African one. Media outlets love to treat Africa as one big blob, not particularly differentiating between people, culture, customs, language, and histories. Right now it feels like so many are forgetting that Egypt, for all its ties to the Arab world, is still in Africa, its culture very much very much a demonstration of an artistic and historical fluidity not specifically tied to geographic regionalism.
The effects of what’s unfolded across Egypt will unquestionably be felt just as much in the Sub-Saharan part of the continent as they will in the sandier regions of the Mediterannean. One blog post from Nancy Birdsall at the Center For Global Development does a good job of introducing ideas around how events in Egypt might affect various governments and development organizations, specifically within an African context. Hopefully we’ll see a great examination of this as the weeks unfold.
With all that in mind, I present the second part of my chat with the ever-indefatigable, super-accomplished Mr. Ruge. He thoughtfully addresses the “Africa-as-a-big-amorphous-continent” perception that’s is sometimes frustratingly perpetuated by media and popular culture in North America, and he also explores the reasons behind his starting Villages In Action, an idea that was born, interestingly, on the ashes of another idea called TEDx Poor.
Now, you might recall I interviewed one of the co-founders of TEDx Toronto last fall about the reasons behind starting an outpost locale for the immensely popular TED series of talks. Dig a little bit into TED, note the participants in those videos online, and draw your own conclusions (or big question marks) about why TEDx Poor didn’t work; you may understand Ruge’s reasons for choosing to reject the TED model -or not. It’s all up to you – kind of like the way you view events -revolutionary, quiet, virtual -halfway across the world. They’re always a bit closer than you might think. 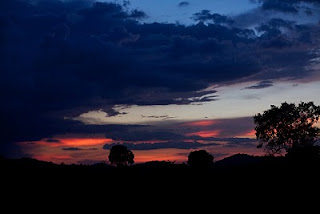 Why do you think Africa is referred to as a whole, and to Africans as one giant collection of peoples and perceived problems by some North American media outlets?
Because it easier to say Africa than to name 53 countries or make the distinction between North Africa and where the sub-Saharan states begin. It’s that place over there full of famine, hunger, genocide, and militaristic genocide. To isolate a country. After all, isn’t one poor malnourished African as true as the next? What’s it matter what country they are from? They are from Africa, aren’t they?

I am not really sure how we got stuck with that homogenous identity, but if anyone is going to change it, we have to do that and demand that our voices beheard. Each individual nation has to stand up and say, “our identity counts” and defend their country’s right to exist, not simply as an afterthought, but as an integral part of a whole. You don’t simplify Europeans into one description or all of North America as Americans. Mexicans and Canadians have a problem with that. So why should we be ok with simply being African? 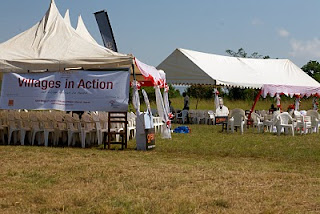 How does VIA aim to correct (or gently adjust) these perceptions?
The VIA platform helps to break down some of those misconceptions. (VIA presented) one particular Ugandan after another standing up and saying, “Hey, wait a minute. I am not poor just because you label me as poor. I may have less, but I am content. And like all people, rich and poor. I am struggling just like you are.”
I was happy the conversation wasn’t about this conference in Africa. Instead, it was a conversation about village voices in Kikuube, Uganda being heard. Purposefully, a very specific place on a map. We put a very particular dot on the map of Africa with video, and pictures. We put real live faces and voices to the generally accepted stats and figures.

As the platform grows, I hope it is not a “gentle” nudge, I hope it is a five-fingered slap in the face of the status quo: Hey look over here, we can express ourselves, and oh look, we are not all sitting around in poverty, genocide and helplessness waiting for knights in shinning white SUVs to come and rescue us. We can and are doing that for ourselves thank you very much. 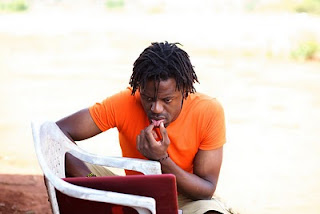 TEDx Poor fell through because it had to in order for Villages In Action to be born. My frustration was with TED’s restrictive terms on what and how one could hold the event; TED turned out to not really address what I wanted to achieve. At Project Diaspora, we are about elevating those Africans that are doing for Africa in hopes that it’ll inspire other Africans to do more. TEDxPoor didn’t really lend itself to supporting that really. It would have been yet another Western platform that Africa was being forced to adapt.

On reflection, perhaps “poor” didn’t suit their tastes. For me it was a jab at the faceless individuals that the CGI and the UN MDG summits kept referring to but were never handed the microphone. I think the VIA platform does a much better job of dispelling that label.

I spoke at TEDx Kigali and I got a feeling that the model was a little restrictive. Perhaps it was the location, or the way I delivered my talk. But, I don’t think anyone was expecting me to me as brazen as I was going after politicians in their failings to address our woefully inadequate education systems across the continent. And I purposefully went over my 20-minute time limit because I had a point to make and I wasn’t done.

All photos by TMS Ruge Photography. 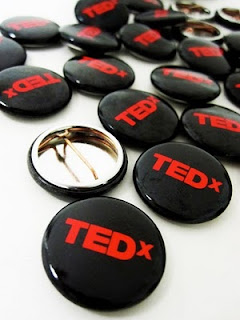