Lately I’ve been re-discovering the joys of television. I don’t mean sitting listlessly, mindlessly, drooling in front of the goggle-box; I mean sitting down to focus on something with good writing, good acting, meaningful themes and contemporary resonance. It also has to be a ripping good yarn.

Almost Human only came to my attention through the mass advertising campaign that welcomed its arrival on the telly in November. Its birth was delayed by some strange TV scheduling voodoo, but it came nonetheless. My initial interest was only lukewarm, to be honest. Sci-fi isn’t really my thing.

I wasn’t able to sit down and actually watch an episode until late December. “Hooked” is probably too mild a description of my consequent reaction, and it’s galling to realize the show still stands in constant danger of cancellation. It’s one of the smartest, most contemporary things to air on mainstream TV in ages. I don’t like crime programs generally, but Almost Human feels like a thing apart, providing its viewers with a very timely take on where we are now, as a society, in our relationship to and with technology, and by extension, each other. Though it takes place in 2048, the world of Almost Human is very much a world we recognize, what with the pull-and-pinch screens used everywhere, the gleaming, smooth machines people seem to carry, the sense of anywhere, anytime-access, for pretty much anything or anyone. The program seamlessly blends various facets of technology we take for granted (interactivity, connectivity, community) and spits them back in new, challenging ways that aren’t ever predictable or cliched, but rather, thought-provoking, occasionally troubling, but always illuminating.

Along with the completely cool tech-and-computer gadgetry, a big part of Almost Human‘s appeal lies in the chemistry of its leads, Karl Urban (as traumatized cop John Kennix) and Michael Ealy (as John’s partner, an outdated artificial intelligence model named Dorian). The two share a unique blend of humor, trust, angst, and innate knowingness that reaches past the immediate backstories of their respective characters; theirs is a chemistry recalling some of the great pairings of the recent and not-so-recent cultural past: Laurel and Hardy, Redford and Newman, Davis and Sarandon, Downey and Law. Urban himself says the “touchstone“for the John/Dorian relationship is the 1988 film Midnight Run, with Robert DeNiro and Charles Grodin: “There were two characters who were thrown into a situation that neither of them wanted to be in, but through the course of that movie, they learned to depend on each other and ultimately form a bond — but they still got under each other’s skin.”

Not merely two beautiful men acting out a high-tech premise, Urban and Ealy share a beguilingly human bond that is compelling and frequently very touching. Come for the robotics, the show seems to whisper, stay for the humanity.

Indeed, the show’s focus on this humanity, that lies quietly beneath the high-gloss exterior, is what elevates Almost Human from the realm of the curious and into that of brilliance. It helps that the “boss” of the operation is played by the great Lili Taylor, who also shares a wonderful chemistry with the pair. There’s an especially enjoyable frisson between her character and Urban’s, an undercurrent of respect and attraction, mixed with an enjoyable frankness and honesty. These two genuinely like each other. It’s good seeing an older woman in a position of power, not portrayed as some desperate cougar or unfeeling hard-ass, but rather, as hard-working, frequently conflicted figure who inspires great loyalty from her (almost entirely male) team, without resorting to tiresome cliches. It’s good to see Taylor’s Maldonado on mainstream TV; I want to see not only more of her, but more like her.

And, though Urban’s character is the human (his synthetic leg notwithstanding), the viewer’s empathy frequently shifts to his robotic partner. This is just as much the result of good acting as it is strong writing. Ealy’s characterization is a fascinating mix of warmth and reserve, of easy knowing and child-like awe; he is omniscient and yet awkward, close to indestructible and yet utterly vulnerable. Ealy captures these contradictions with ease and a touching gentleness. We see ourselves in Dorian, even as we identify with the John, the traumatized human trying to make sense of it, and his relationship to (and with) it. John and Dorian are two pieces of a more deep and complex whole, one that seeks to define who and what we are, as humans, in the twenty-first century. No small order, but certainly a good one –and a grand ambition — for a modern TV show.

Blending with the high-tech, sci-fi elements are classical themes and literary allusions. Last Monday’s episode had echoes of “Ozymandias”, “Kubla Khan”, Blade Runner, Stephen King’s The Two Towers, Greek mythology, and of course, Frankenstein. The nature of relationship to one’s creation is, of course, an obvious theme for a program whose entire premise is based on human/synthetic interactions. But newer episodes are probing this theme more deeply, asking questions about what it means to have awareness, to be creative, to grow up –and what it means to relate to another being, and if we can accept the price of an ever-shifting identity in an ever-shifting world, and integrate that experience with those around us who might be enduring the same thing. The latest episode also featured some fascinating allusions to post-modern feminism in the form of Gina Carano’s super-vicious assassin-robot. I keep thinking about the fact “Danica,” near the start of the episode, chose the sexy female body (after being stuck with a featureless male one), that delighted gleam in her eye as she spotted the voluptuous figure under a white canopy and later admired herself in a mirror, “wearing” the figure, as if trying on a new, perfectly-fitting dress. Robots too, it seems, have the capacity to equate sex and power, and the desire to feel the connection between the two within their own corporeal realities. “Danica” wanted to feel sexy inside, in a way that matched her power in the outside world. It was an utterly fascinating scene, one that points (again) to some very smart writing. (Bravo, Graham Roland.)

People still think of smart television as being, by and large, the bastion of HBO and AMC (and perhaps Netflix too)… but that’s changing. Let’s hope Almost Human turns the tide here, and doesn’t suffer the same fate as Firefly, another beloved FOX show cancelled too soon. If online blogs, boards, and Tumblr are any indication, there is a wild forest of dedication that’s as deep as it is wide for this program. Hey TV executives: some of us want the entrancing mish-mash of literary-come-sci-fi brilliance that mixes old and new, human and synthetic, feeling and moving, sexy and nerdy, entertaining and smart. It’s perfect. Keep going. The other side of the Wall is waiting; let’s dip a toe in — synthetic or not — and see where we go from here. 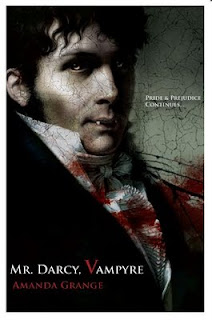