Films for the 18th annual Toronto Jewish Film Festival were announced today -and what a great selection of choices! Funny, sad, historic, romantic, enraging, inspiring -the festival really runs the gamut of human experience, all while keeping intact its sense of exploration and openness. Running April 17th to 25th, the fest will be showcasing 93 films from 18 different countries; seven of the films are making their North American premieres. 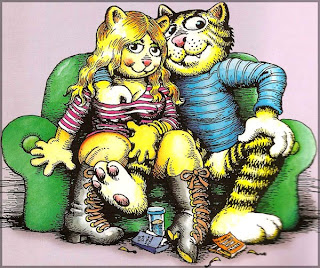 Last year I had the opportunity of interviewing the festival’s leaders, including Executive Director Helen Zukerman, who explained to me that the point of the festival isn’t to engage in political debates but to facilitate dialogue and understanding, all while celebrating the past, present, and future of Jewish culture. A big part of that culture is comic -as in funny, sure (works of the Marx Brothers were featured in years past) -but also in an artistic, literal sense. People of the Comic Book: The Creators Of Superheroes, Graphic Novels & Toons is a series running as part of TJFF that explores the connection between the best-known superheroes (Superman, Batman, Spider-Man), and their Jewish creators. Animators, authors, and filmmakers will be attending to mark the occasion, among them writer Harvey Pekar (American Splendor), and award-winning graphic novelist Ben Katchor. The series will also include a film about animation legend Al Hirschfeld, a screening of Ron Mann‘s Comic Book Confidential, as well as a midnight screening of Ralph Bakshi‘s hilariously ribald Fritz The Cat.

Within the Festival programming, there’s also (much to my delight) a nice focus on the experiences of Jewish women. Among the huge number of selections is Ahead Of Time, the story of the truly incredible Ruth Gruber, a photographer, journalist, foreign correspondent and humanitarian. After World War Two, Gruber campaigned to allow Holocaust refugees from Europe into the United States; she also covered the Nuremberg trials, which are covered extensively in another work at the festival, Nuremberg: Its Lesson For Today (details below) Gruber was witness to the Exodus 1947 ship enter Haifa Harbour following its being attacked by by the Royal Navy. She subsequently flew to Cyprus to meet and interview the refugees, and later, was the only journalist allowed by the British to accompany the refugees on their tragic return trip to Germany. Gruber was honoured in 2008 by the National Coalition Against Censorship. And that’s just part of her life. 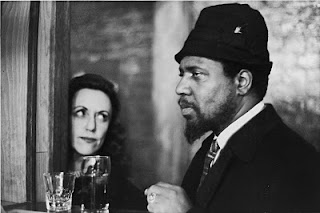 Ahead Of Time is paired with The Irene Hilda Story (L’Histoire D’Irene), detailing the history of Irene Hilda herself, a cabaret singer who was forced to flee Paris. Still in the music vein is The Jazz Baroness, which traces the relationship between Pannonica (“Nica”) Rothschild and jazz legend Thelonius Monk. Rothschild left her wealthy background, her husband, even her children, to follow the married Monk and his magical sound. Even when her family cut her off financially, she still helped out her jazz musician friends as best she could, giving them what money she had for rent, food, and instruments. Monk took her deep into the bebop world of the day -so deep in fact, that she was exposed to the ugly, unpoetic side of the scene; like a sad badge of cred, Charlie Parker wound up dying in Nica’s suite at the Stanhope Hotel. The film, made by Rothschild’s great-niece, includes readings of the Baroness’ letters (by Helen Mirren) as well as music Monk wrote specifically for Rothschild. Dreamy. 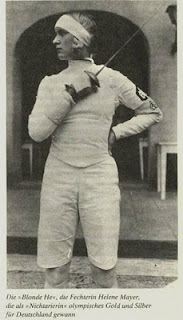 Returning to the hard edges of history, however, and that dreaminess is soon vanished. Berlin ’36 portrays the Nazis’ recruitment of Gretel Bergmann, a world-class Jewish high jumper. The Nazis were so stunned by her mastery, and so worried about that mastery discrediting their racial theories, they took a rather drastic step to ensure her failure at the Olympics: they hired a man in drag to take her place. Berlin ’36 is complemented by What If? The Helene Mayer Story, which tells the story of fencer Helene Mayer who won a gold medal for Germany in 1928. She moved to the U.S. in the 1930s after being kicked out of her German fencing club for being half-Jewish. Her return to Germany however, after IOC pressure on the country, may have helped to whitewash Nazi racial policies internationally.

Those policies are explored in detail with Nuremberg: Its Lesson For Today. Completed in 1948, the film was widely shown in Germany in ’48-49, though its release in the U.S. was withheld, in part because of the graphic, upsetting nature of its content. Original footage was painstakingly restored by filmmakers Sandra Schulberg and Josh Waletzky. The film documents how Allied prosecution teams built their case against Nazi War criminals; courtroom sequences are edited together with the Nazis’ own documents and films, one of which depicts the concentration camps that so shocked the military tribunal. Even nearly 70 years later, those images are still totally gut-wrenching and horrific. I want to see Nuremberg but I’m not sure I’ll be able to.

Then again, those symbols of hate aren’t so far from current reality. Hearing about the awful racial slurs that were hurled today at black politicians today in the United States over recent health care reforms, I can’t help but feel that a film like Nuremberg: Its Lesson For Today is, in fact, just that. It’s more relevant and timely than ever; hatred still exists, however gussied-up and hidden (or not) it might be. All it takes is a mob fueled by ignorance and fear to spread hatred like a cancer through society. Showing Nuremberg: Its Lesson For Today is a vital reminder for us -all of us –that hatred is never a wide road leading to greener pastures, but rather, a cracked narrow path of stones leading to a crushing dead end. The Toronto Jewish Film Festival remains as relevant, fresh, and important as ever.

For full information on the Festival, including schedule and ticketing, go to www.tjff.com.