Birthdays are always time for me to reflect. This one feels better than others, probably because I’ve been thinking I am the actual age I’m turning through most of the year. Always being one step ahead makes the actual date feel like less of a shock. Birthdays as a kid -complete with party dress, streamers & ice cream cake -are fun but their effect feels less temporary; the older one gets, the more one feels the wear of time bearing down, and the feeling one ought to be doing something awfully important -or at least, focused. Right now I’m focusing on the champagne that’s being uncorked at the end of the day. It’s a start, right?

I’ve also been thinking of the events that have colored many a December -deaths, both recent and not, as well as births. Sharing a birthday month with Christmas, no matter your religion, is a d-r-a-g. I used to tell my mother as a child that I wanted to celebrate my birthday in July with a pool party; now I’m overjoyed if people even remember, let alone take the time to write me, or to write on that eponymous modern mode of communication, the ever-present Facebook wall (which many have done, and thank you very kindly). It’s cheering and surreal, all at once. 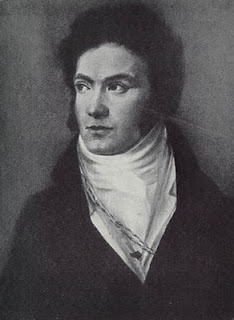 Two of my favorite artists, people who music I grew up with, were born this month. Though the exact date of Ludwig van Beethoven‘s birth is disputed (possibly December 16th; he was baptized the 17th) his effect on the music world… well, earth-shattering. Plunking at the piano as a kid, LVB was always my go-to guy; I aimed to, and eventually did play Fur Elise and Moonlight Sonata, along with other (very hard, but very awesome) works. I struggled to manoeuvre my small hands over the wide swaths of ivory; I swore and gnashed teeth when I couldn’t put this note down with that one, let alone reach that other one. Ouch.

At some point, I knew my hands weren’t made to play his work (or indeed, much classical at all) but that realization didn’t dim my passion for those beautiful, indescribable sounds. I loved the energy and anger of his work; as an adolescent I swooned over the romantic melodies and dramatic qualities. I’d write great swaths of poetry while blasting the Seventh symphony, or one of the Concertos, especially the onerously misnamed Emperor. Really, I loved it all. I had a gigantic poster of Beethoven on my bedroom wall. He was my rock star. Dead? Whatever. Ugly? Whatever. I skipped my high school prom to go to a big symphonic gala featuring the famous (and mysteriously powerful) Ninth. LVB understood the frustrated anger seething through my veins and expressed it in powerful, bang-whoosh flights of orchestral mastery.

While I still love the manic, raging energy that emanates from his work with the force of a million waterfalls, I also adore (and swoon) over his capacity for tenderness. The second movement of Beethoven’s Fifth Piano Concerto has been a favorite for over fifteen years, and indeed, it still is. I’ve done a lot to this piece of music: sighed, cried, drawn, written, meditated, driven in the dead of night, walked on an autumnal afternoon, cooked, and stared out windows on silently-falling snow. I should probably do that last one again before the season ends. I’m especially happy to share Daniel Barenboim‘s interpretation (above) as I think he really, truly captures the intricate beauty without getting bogged down in technicality; there’s a lovely blend of poetry and fussiness here, but ultimately, as you’ll hear, one definitely trumps over the other through sheer emotionalism. The charming unconscious-eyebrow-raises of Barenboim’s tells you everything you need to know about how deeply this piece reaches into the nether-regions of the soul, pulling out things you didn’t know, or want to acknowledge, gently, if firmly, ever profoundly plumbing depths that may not see the light of day again -or until you listen to it next. 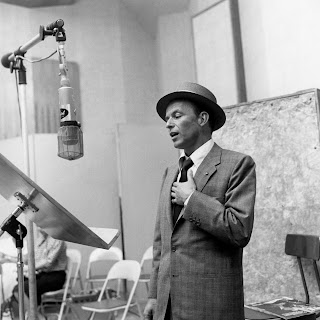 That sense of keen emotional beauty is what makes my second December-born artist so special. He excelled at it, just as much as he excelled at joy. Frank Sinatra would’ve been 95 on December 12th. More than any other, this man profoundly shaped the way I experienced popular music; he opened doors into expression and interpretation not using any external instrument (as I’d been trained to do), but via his own body -via that remarkable voice he’d been blessed with, which alternated between tenor and baritone with effortless ease, wrapping like a cashmere glove around songs notes, and octaves, caressing ears, minds, and hearts across generations.

My first exposure to Sinatra (and to much jazz, both vocal and instrumental) was as a teenager. I was at the house of my mother’s smart, cool, downtown friends and looking through their CDs (remember those?) when I came across his stuff. Naturally, I’d heard of Francis Albert. I’d heard his work, and I knew him from the celebrity roasts on television. My mother was (is) a bigger fan of Dean Martin‘s work, so it was familiarity-via-association. Once I put on the CDs … that was it. I was hooked. My Sinatra obsession continued well into my twenties (and beyond), when I picked up his masterful, profoundly sad, hugely powerful albums from the 1950s: Only The Lonely, In The Wee Small Hours, Where Are You?. His poetic, masterful singing of “I’m A Fool To Want You”, written about Ava Gardner (who subsequently took her place among my gloriously surreal, beautiful collection of heroes), as well as songs like “Lonely Town”, “Angel Eyes” and the famous “One More For My Baby (And One More For The Road)” still stop my heart in my chest. Each is a revelation, a prayer, a blessing, darkness, and light, all at once.

Much as Sinatra excelled at expressing pain, he was equally good at doing happy, something a lot of singer and artists don’t succeeed at; as I recently said on television, painting in white is hard. Few do it well, with any effect that isn’t sickeningly saccharine or cloyingly cheesy. Sinatra pulled it off with just the right mix of joy and smarts. Albums like Swing Easy!, Come Fly With Me, Ring-A-Ding, and Nice And Easy demonstrate a man who can just as easily access pure, simple joy -in singing and in sound -as fear, anger, and loneliness. Sinatra-Basie and It Might As Well Be Swing (with Quincy Jones) are landmark recordings; they also have a place as two of my most cherished albums, ever. Musical mastery has never sounded better, or more obvious.

I had a recent upset at not being able to find my treasured collection of Sinatra holiday hits, if only because I love –love -his interpretation of one particular winter classic. Thank goodness for the internet:

Silly, smart, smarmy, playful, loving, celebratory… I hear a full embrace of life when I hear this song.

Maybe that’s why I love both LVB and Sinatra so much: they represent the pinnacle of artistic mastery and creative human expression, integrating all the colours of the human experience with a zeal I, and many, can immediately recognize and occassionally identify with. As to December babies… we might forget their birthdays, but we never forget them.