Musician Son Lux played (le) poisson rouge here in New York Friday night. He was opening for Yoni Wolf of Why?. I came across the announcement on the poisson’sTwitter feed yesterday afternoon, quite by accident. After listening to a selection of Lux’s work, I’m starting to wonder if it was grand design. 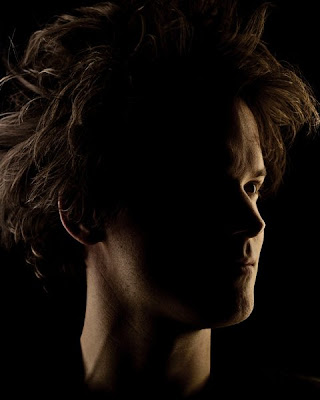 After a bit of investigation, I was immediately struck by how much Lux’s music took me back to my new-music-loving youth, namely the first albums of Tricky, Massive Attack, Portishead, and Orbital. Ryan Lott -the man behind Son Lux – has done remixing and production work for bands like Beirut and Anathallo, and studied piano and composition at the Indiana University School Of Music. His debut album, At War With Walls And Mazes, was one of the most acclaimed of 2008. There’s something about a well-put-together electronic piece that has the power to reach straight into the heart the way any symphony can. Son Lux gets this.
But it’s not symphonies that have been on my mind. Lately I’ve been madly looking around for contemporary music that has that unique mix of well-crafted tunes, modern approach, and heart… great big weeping, bleeding, operatic heart. The music of Son Lux has this in droves. In a wider sense, it’s good to see the extent to which the whole “electronic-music-isn’t-real-music”-argument has faded; there used to be an old-fashioned attitude that, because musicians like Son Lux don’t have the guitar or piano as their main instrument, they musn’t be “real” artists. For me, artists like Brian Eno, Kraftwerk (and a myriad of DJs including Afrika Bambaataa and Howie B.) were instrumental in shattering that stuffy, inert attitude. Electronic isn’t just dance -though that’s important and vital too – but can be, and is, so much more. It’s nice to see mainstream culture accept these artists with open arms. Even straight-laced NPR (whose All Songs Considered bestowed the Best New Artist title in 2008) is streaming the entire new Lux album online.
Son Lux – Rising by Son Lux
I didn’t make it to the show Friday night -but I’m not surprised it sold out. This is fantastically trippy, orchestral electronica with more than a hint of its ambient forbears – but it’s also rooted firmly in the here and now. I love his embrace of old beats, older harmonies, and very fresh approach to composing and arranging. His work pulls on every heart string, gently, persistently, with great skill and care, moving from the careful tenacity of a cat’s swishing to the hard grooves of stilettos on linoleum. Lott/Lux is totally comfortable throwing the sounds of violins, flutes, and clarinets right in with processed beats and synthesizers, and making it sound natural, good, and… fun.
Please Mister Lux, please… play NY again soon. Promise I’ll be there, swooning in the front row, and quite possibly in tears.
Photo by Brenden Beecy.

Not only is her debut album, The Ghost Who Walks (Third Man Records), haunting, rockin’, eerily cool, and frankly, great, but she is charmingly self-effacing and honest in this interview.

Karen is the supermodel wife of Jack White, who produced her debut album. While this might be grounds for an auto-write–off for some, it’s also grounds, in my books, for giving it a second (and third) listen. Karen has musical chops. Her bringing up pretty/good singing artists like Carla Bruni and Nico (the latter of whom I think she especially resembles, sound-wise) is very apt, and there’s something about her dedication and lack of pretension I find wholly refreshing.

Give the interview, and the album, a listen. Delightful, cool, excellent: just some of the descriptors that come to mind. See what you think.

(thx to The Music Slut)