Power of the Poles

People like Jim Power -and the art he creates, and the community it, in turn, creates -are the reason I love New York City so much. But the fact he’s homeless is infuriating. Makes the stuff in Tampa right now a lot harder to watch, much less stomach.

“Sometimes I Feel So Happy” 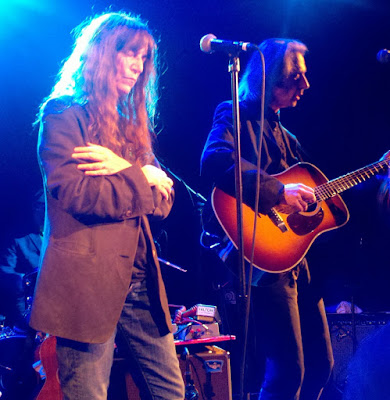 At this time last week, I was on a bus racing towards the Canadian/American border, luggage in tow and pie-eyed with worry, anxiety, sadness, and excitement. It was a strange feeling, to zoom by all the familiar sights -first the CN Tower (bathed in red in honour of the city’s various charity efforts for Japan), then the low-slung buildings and depressing box malls of the suburbs, and finally the vast vineyards of Niagara. I wasn’t sentimental so much as impatient, though I kept telling myself it was a long journey ahead – both literally, on the damn bumpy bus, and figuratively, in the oh-my-gawd-what-am-I-doing? sense.

What lit my resolve through that long, dark ride was the thought that I was seeing Patti Smith soon. Looking back on it six nights later, it feels like a beautiful illusion. Did I really ride 11 hours, sleep barely 2, haul 3 suitcases up 4 flights of stairs, madly clean for 4 hours, rest for (maybe) 1, and then run out the door 7 (or so) subway stops to (le poisson rouge)? Yes. And hallelujah. 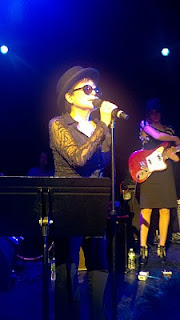 To Japan With Love was announced a week before my departure. It featured Cibo Matto, Antony (Hegarty), Patti Smith, and Yoko Ono and the Plastic Ono band, which included son Sean Lennon. I knew precious little about Yoko, but she’s always been a woman for whom I have a deep and abiding respect. It can’t be easy to live with the musty old you-broke-up-The-Beatles moniker for decades, much less the ‘Shrieking Weirdo Artist‘ one (tho I suspect she’d like that). I made sure to leave early and line up outside the Bleecker Street club for a prime spot, and soon began chatting with enthusiastic New Yorkers who not only knew Yoko’s work well, but who were big fans and admirers. One Japanese fan even identified a club across the street – Kenny’s Castaways – as being a spot where she’d played an important gig in 1974. Everything -and everyone -has a story, especially here in New York.
After 2+ hours of a cold, impatient wait, I wound up being stuck behind one of New York’s tallest and most obnoxious (oh, and gassiest) photographers. I managed to angle next to a group of cool women with similarly-small builds but gigantic oodles of rock-and-roll enthusiasm (one of whom’s husband kindly provided the photos), and they provided me with good intros to both Cibo Matto, who were on first, and Yoko Ono, who came on later. It was a refreshingly diverse crowd, with nary a hipster or glamazon to be found (though Sean Lennon’s bass-playing model-girlfriend definitely threw some good pouts). I kept pinching myself that I was standing there, though the coughing jags provided painful, regular reminders. A constant was my wish that my health could’ve been better to more fully enjoy the splendor of what was unfolding before me. 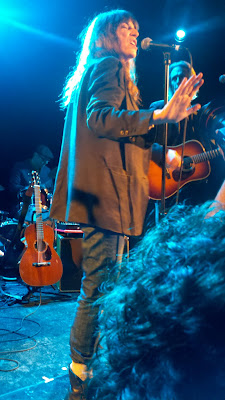 Still, the coughing took a definite backseat when Patti came on. With her long, grey-streaked hair, bright eyes, broad smile, thick socks and big army boots, she looked utterly glamorous, strong, defiant, and beautiful. Her voice was like caramel: rich, deep, solid, the sort you want to swim in through a cold, rainy evening. She and her band (which included original members Lenny Kaye and Jay Dee Daugherty, along with Tony Shanahan, as well as her daughter on piano and son on guitar) held the room’s rapt attention as they launched into slower hits, as Patti gently, elegantly reminded the audience about the purpose of the evening. She showed her annoyance with that obnoxious photographer in front of me, as her eyes flashed with anger after he kept madly snapping past the fourth song. During an angry, passionate, spit-inducing performance of “Pissing In A River” (one of my all-time favorites), Patti folded her hands, bowed her grand head, and went… somewhere else. Somewhere very deep within herself physically, occupying a private space within a public context, showing herself to be both deeply theatrical and deeply veneered, all at once. Captivating.
As the soft, meandering guitar-rich intro for “Beneath The Southern Cross” was played, I let out a huge, audible sigh, clasping my hands together and shutting my eyes: “Oh to be / not anyone / gone / this maze of being / skin…” When I opened them, Patti Smith was looking at me and smiling. I still recall that look almost a week later. We held that gaze for a while and something in me said, don’t look away. Maybe it was a test. Maybe not. Later on, I exchanged a smile with Yoko, who beamed a huge, broad grin right in my direction. When Lou Reed came onstage to play a loud, fantastically raucous version of “Leave Me Alone”, us small ladies upfront couldn’t help but rock out – and it was apparent Lou liked the input. He kept extending the song, one, two, three times, a false ending, a stare with the Plastic Ono Band’s drummer, and then… more. He looked directly at me and… yep, smiled. The spirit was infectious. 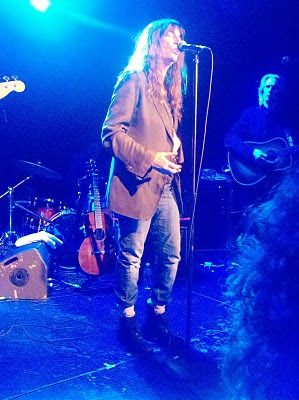 Another memorable moment came when Antony and Yoko sang “I Love You, Earth” -another song that continued past its original ending, as Antony’s beautiful, eerily ethereal voice floated above the din, the sweat, and the feedback. He towered over the elfish, clearly-awed Yoko, as the two exchanged the words of the chorus, acapella: “I love you… / I love you / I love you… / I love you / I love you… earth.” At the song’s eventual end, Antony remarked, “that’s a fucking punk rock lyric.” Hell yeah. Hallelujah. A warm fuzzy goodness enveloped the room as a result and I’ll never forget the embrace he and Ono exchanged before they left the stage.
But that look from Patti -that smile, from someone I hold as a hero -quietly whispers to me a week on. It breaths an inspiration not yet discovered, an energy not yet channeled, a path barely begun but already so, so hard. It soothes all the bitter tears of homesickness, the sleepless nights of worry, the crying out for community and the sentimentality over small acts of kindness from strangers. Seeing her majestic goddess-like energy, coupled with a casual, comfortable, confident unpretentiousness, still feels like a dream. But it was real. And hearing her – being mere feet from her – my first night in New York was the best landing-gift I could’ve possibly asked for.

All photos by Jon Rosenbaum.

I felt the need to share this on World AIDS Day. It’s a simply-done work about the numerous NYC-based artists who’ve died of AIDS. Keith Haring, David Wojnarowicz, and Robert Mapplethorpe are just a few of the names here.

Yes, there are millions who’ve died, many of whom never achieved the fame many of the people in this film did, any who will die nameless, faceless… but to us North Americans, the victims are far away, out of our reach, outside our scope of experience. Aren’t they? This film (and accompanying website) “Last Address“, challenges that attitude.

With simple shots of New York life, including birds, cats, people, roads, traffic, etc, the film shows the abodes (with addresses) of all the artists who died. The absolute ordinary-ness is striking. These are people, not statistics. People like you and I.

Ordinary people get AIDS. We are all ordinary, and we can do something that is ordinary, logical, and .. ridiculously right: demand a cure. It’s overdue. 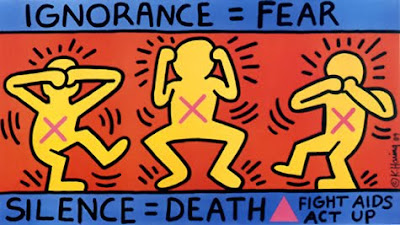